Boy, 15, is stabbed to death and second person hospitalised after gang fight in south London graveyard

A teenage boy has been stabbed to death and another has been hospitalised after a gang fight broke out in London.

Both stabbing victims are believed to be 15 years old and one is in hospital following the brawl in Wandsworth.

Patrol officers had spotted a number of males fighting near a cemetery just before 5pm. 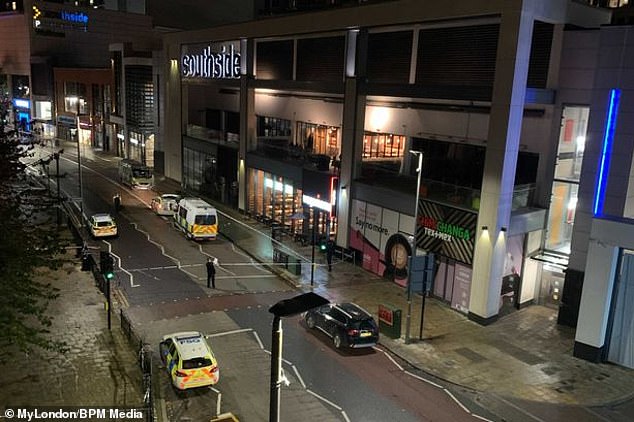 Both of the stab victims were found near the Garratt Lane Burial Ground suffering from knife injuries.

London Ambulance Service attended and the teenager was taken to hospital, where he later died. His next of kin have been informed.

The second victim is in hospital but his injuries are not thought to be life-threatening.

The dead teenager has yet to be formally identified and post-mortem examination has to be arranged. 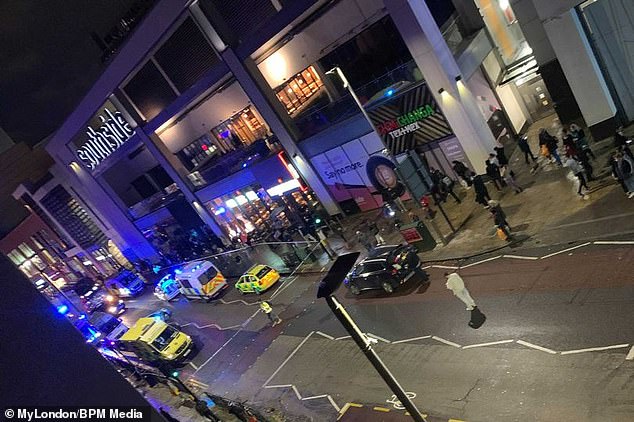 Two males have been arrested and are in police custody.

They include a male who suffered a head injury, but did not need hospital treatment.

A police spokesman said that ‘full inquiries into the circumstances continue’ and specialist crime squad detectives have been informed.

London mayor Sadiq Khan described the killing as ‘appalling and tragic’, and urged people to help the police. 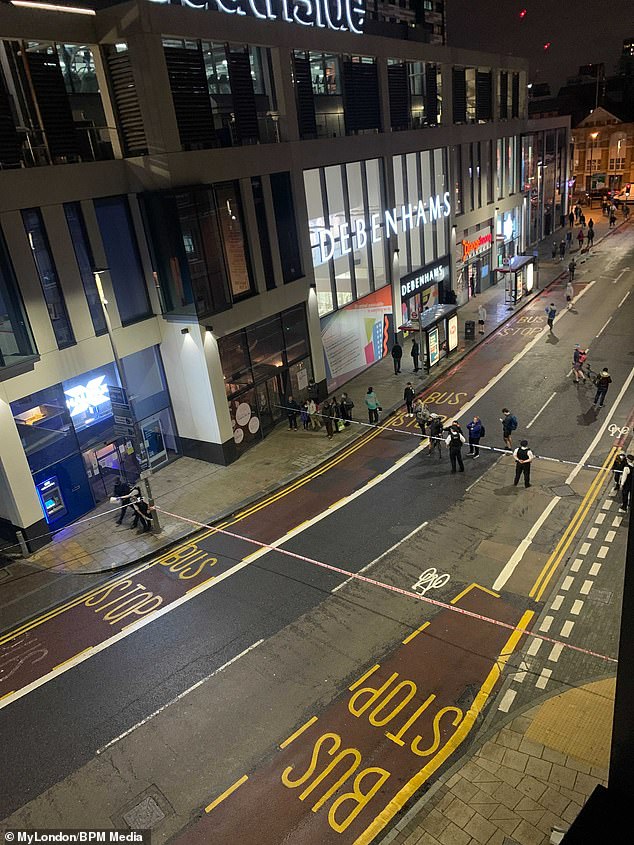 London Ambulance Service attended and the teenager was taken to hospital, where he later died. His next of kin have been informed

Mr Khan said: ‘We must all redouble our efforts to end the scourge of violent crime on our streets.

‘Those responsible for this dreadful crime will be caught and prosecuted.’

Police said there is an ‘extensive crime scene’ in place and nearby roads have been closed.

A Section 60 Order was authorised for the whole of Wandsworth an hour after the incident.

The Metropolitan Police is asking anyone who has information, video or images that could with the investigation to call 101 reference CAD 5042/29 Oct.