Boy, 5, screams ‘don’t leave’ after he’s dropped him off on Texas side of the U.S-Mexico border


A five year-old boy was filmed wailing in distress after being dumped at the edge of the US-Mexico border by two coyote people smugglers who were expecting his parents to pick him up.

The cellphone footage shows the boy, who is believed to be Mexican, standing steps away from where the steel, barbed wired wall came to an end under an overpass at the international borderline between the border town of Ciudad Juárez and El Paso, Texas, last Thursday night.

The distraught boy clutched on to a teddy bear and yelled, ‘Where are you going? Over here. No, no, no. Don’t leave.’

The child was accompanied by the couple who crossed him over a section of a nearly dry Rio Grande, a waterway that’s constantly used by migrants attempting to reach the U.S.

Amidst tears, the boy attempted to draw the their attention by waving at them as they walked away. 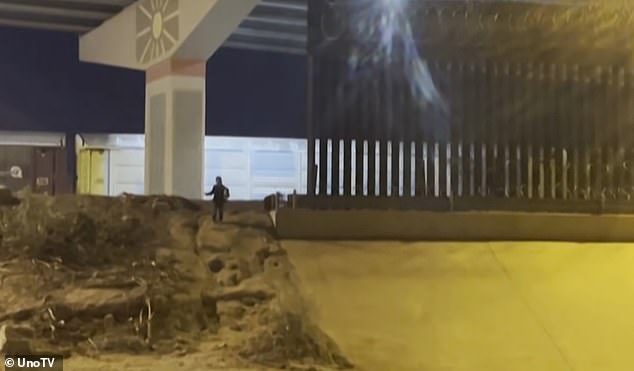 Still image of a five-year-old boy who was abandoned by a man and a woman last Thursday near a steel, barbed wire wall at the United States-Mexico international crossing between Ciudad Juárez, Mexico, and El Paso, Texas. The woman who helped smuggle the child told AFP that his parents reside in the U.S. The child is said to be a native of Mexico 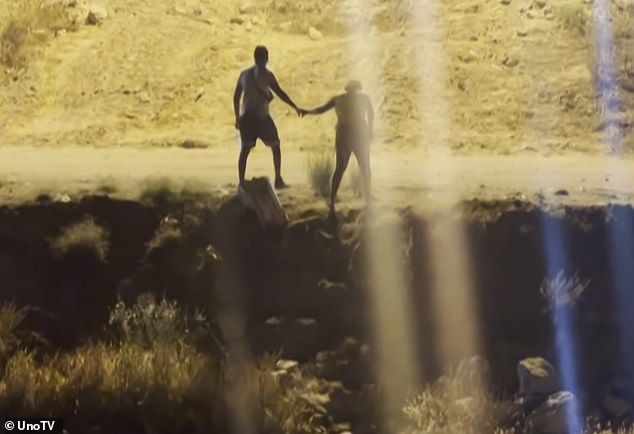 A man (left) and woman (right) head back to Ciudad Juárez, Mexico, moments after they were captured on video abandoning a five-year-old boy at section of the United States-Mexico border wall in Texas

The woman and her accomplice subsequently fled towards Ciudad Juárez. Moments later, a U.S. Border Patrol unit arrived and took the boy to a nearby station.

The woman who smuggled the boy to the border wall told AFP that his parents resided in the United States.

DailyMail.com reached out to U.S. Customs and Border Protection for comment. It is unclear if the child has since been reunited with his family.

The harrowing scene of the child crying is the latest chapter of the ongoing saga at the southwestern border between U.S. Border Patrol agents and unaccompanied children as well as individuals and families seeking asylum from the United States government. 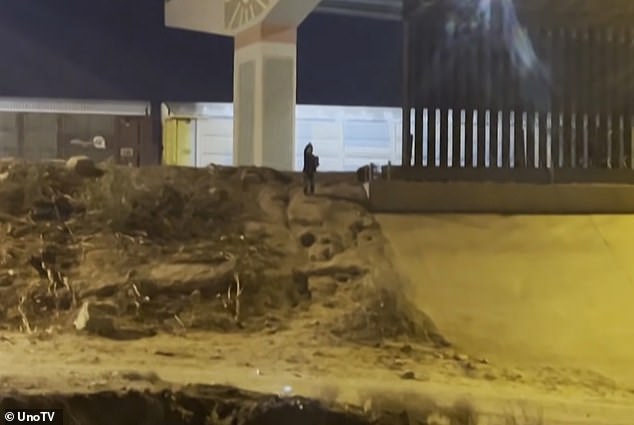 The child tried to draw his smugglers’ attention by waving at them before U.S. Border Patrol agents arrived and took him to a nearby station 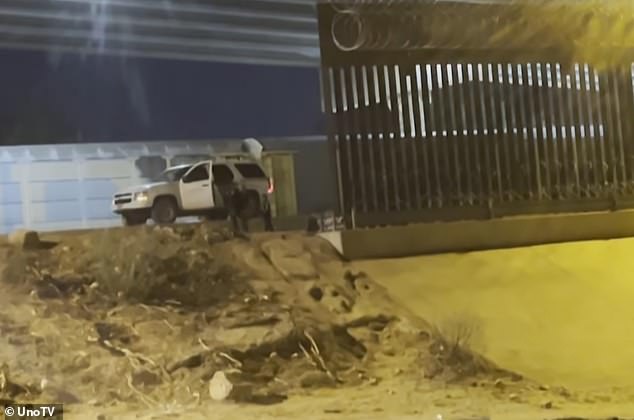 U.S. Border Patrol agents tend to a five-year-old boy after he was spotted alone at the side of a border wall in El Paso, Texas, last Thursday

A monthly report released by U.S. Customs and Border Protection in May showed that border agents detained 17,171 unaccompanied children at the southwestern border in April, down 9 percent from 18,890 in March when a record number of unaccompanied migrant children entered U.S. custody.

In all, the border patrol reported 178,622 undocumented immigrants were stopped for unlawful entry from Mexico to the United States in April, surpassing March’s total by 5,274.

The Biden administration, which has shown a willingness to allow migrants at the southwestern border to apply for asylum, has permitted unaccompanied minors to remain in the U.S. under the Title 42 policy.

The measure was put into place March 21, 2020 by Trump and pushed U.S. Customs and Border Protection to immediately removed migrants who were intercepted at the southwestern border due to the COVID-19 pandemic without granting them the opportunity to request asylum. The agency would send adults back to Mexico and the children would be placed in hotels and then deported to their home countries.

Under Biden, CBP continues expel most of the migrant families and single adults, ultimately forcing parents to send their children alone across the border in hopes of joining them later. In other cases family members already in the U.S. are given custody of the children.

Nicaraguan Wilto Obregón, 10, who in April was seen in a video begging an off-duty U.S. Border Patrol to help him after he had been left behind by a group of migrants near the Texas desert, was reunited with his mother Meylin Obregón at a shelter for migrant children last Friday.

Two Guatemalan sisters, Asheli Sánchez, 5, and Valeria Padilla, 11 months, were placed in the custody of their aunt Yolanda Sánchez in Texas, after the married couple discovered the two children and three other girls on their farmland the morning of May 9.

BEN SPENCER asks why won’t they tell us the truth about coronavirus beds?