Boy, seven, gets his big brother to pull out his teeth using a baseball bat and American football


Babe tooth! Boy, seven, gets his big brother to pull out his teeth using a baseball bat and an American football

This is the moment two brothers come up with an unusual way to pull out baby teeth – using a football and a baseball.

Nico Grennier, seven, has a loose tooth removed by tying it to an American football which his nine-year-old brother Nolan then hurls away from him in Thunder Bay, Ontario, Canada.

Footage, filmed by their mother Nicole, also shows the big brother performing another novel piece of dentistry – this time by taking a swing at a baseball tied to one of Nico’s teeth. 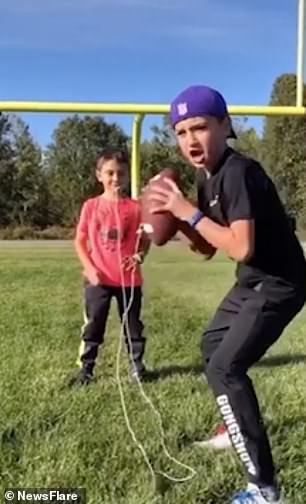 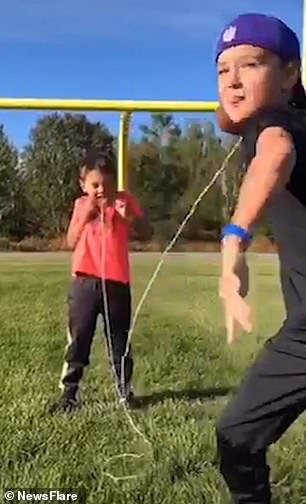 Nico Grennier, seven, has his loose tooth tied to an American football before nine-year-old brother Nolan throws it in Thunder Bay, Ontario

In the football video Nolan shouts: ‘Ready, down, set, hut,’ as he throws the ball beyond the camera.

One end of a rope is attached to the laces of the ball and the other is tied around Nico’s tooth.

The younger brother pulls his hands to his chest and grimaces as his tooth is swiftly yanked free.

As soon as the youngster realizes the trick has been a success, he exclaims: ‘It worked,’ before running off. 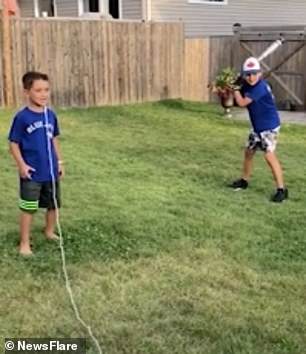 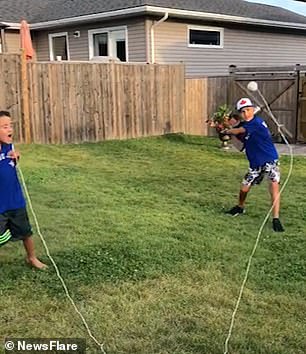 In another clip the brothers, both wearing Toronto Blue Jays T-shirts, tie Nico’s tooth to a baseball which Nolan hits

The boy then shouts: ‘Touch down,’ as he shows off the new gap in his smile.

In a second clip, the two brothers are in their backyard wearing Toronto Blue Jays baseball team T-shirts getting ready for another tooth pulling.

Older brother Nolan says: ‘Round two baseball style,’ as he prepares to bat the ball which is attached to his brother’s tooth. 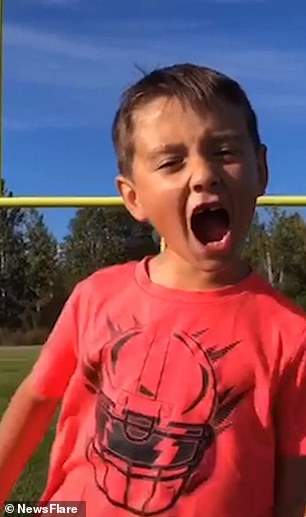 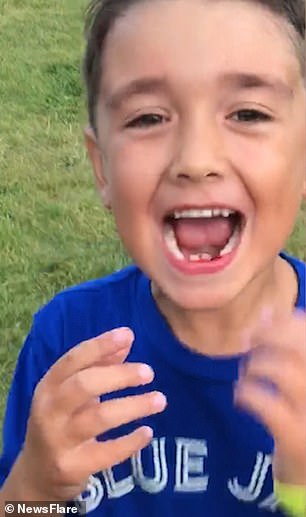 After batting the ball away, the younger of the brothers stands still for a moment before he shouts: ‘It came out!’

Nico jumps with happiness that another tooth has been removed, squealing with excitement, as he runs to show the camera his bloody mouth.

The videos, shot in August and September, were originally taken to be sent to their father to show him the extractions while he was at work.

Phoenix has $1 million in small business grants it can't give away. Act fast, or it's gone.

Phoenix has $1 million in small business grants it can't give away. Act fast, or it's gone.