The 29-year-old announced he would be hanging up his boots for good at a press conference on Monday morning.

‘This hasn’t been an easy decision for me to come to, but it’s the right one,’ he said.

‘I’ve had some time to reflect on my career and I hang up the boots a very proud man.

‘I’m so lucky to have had the opportunities I’ve had over the years, and to do it all at a Club like the Sydney Roosters means the world to me.’

Cordner had signed on with the Roosters at just 16 and still had two years left of his contract.

Though he has not played a game since copping a head knock in November’s State of Origin series opener – the last in a long series of concussions the 29-year-old has suffered. 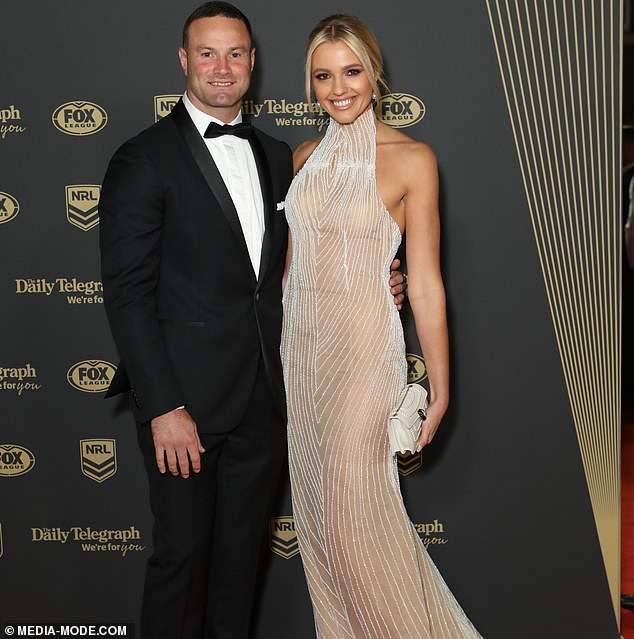 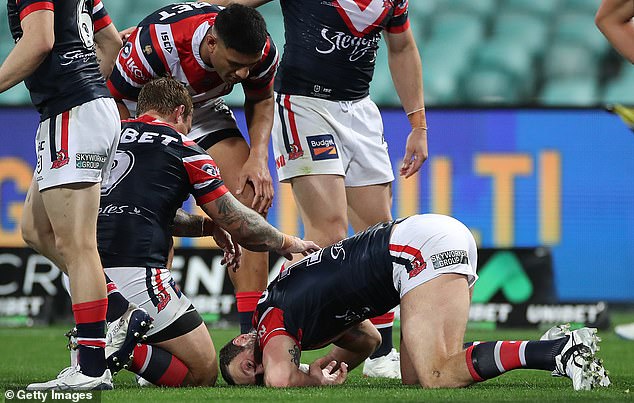 On that occasion he returned to the field after passing his HIA, but then withdrew from the remainder of the Origin series to seriously consider his future.

The backrower set his sights on a round-14 return after seven months out of the game but that comeback never eventuated.

During the press conference, Cordner reflected on his time playing in the NRL and representing the Sydney Roosters.

‘I was a 16-year-old kid from Old Bar when I moved down to join the Roosters and never in my wildest dreams did I imagine I’d get to be a part of so many amazing moments,’ he said.

‘I wouldn’t be the man I am today without the Roosters and Rugby League.

‘So many people have played an important role in helping me in my career throughout the years, and I just want to say thanks to them all, right back to my junior club, the Old Bar Pirates.’ 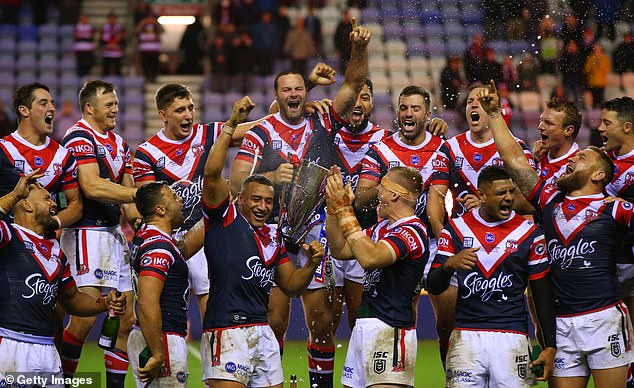 Cordner still had two years to run on his Roosters contract but will instead end with 181 games for the foundation club, 20 matches for the Kangaroos and 16 Origins for NSW.

The 29-year-old said he had gone from a ‘boy to a man’ playing for the Sydney Roosters and thanked coach Trent Robinson, his teammates and family for supporting him along the way.

‘Most importantly, to my family, especially my partner Jemma and my dad Chris,’ he said.

‘You’ve always been there for me, been in my corner, and I’ll never be able to thank you enough for what you’ve done for me over the years.’

‘Boyd is one of the greatest leaders of men I have seen,’ he said.

‘At any level of the game, I’m sure that every player who ever stood alongside Boyd would thank him for being the teammate and leader that he was.

‘Boyd is a man of conviction, and his achievements over the years, not only at club level, but also in the representative arena, reflect the highly-respected man that he is.’

‘We want another homeless hotel – and we can make it work’

'We want another homeless hotel - and we can make it work'