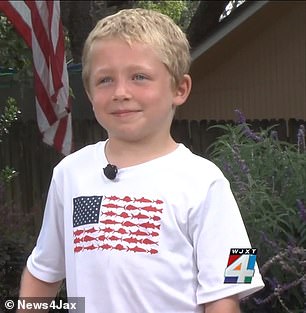 Chase Poust, 7, helped save his dad and little sister who were stuck in the water

A young boy swam for more than an hour to get help for his family who were stuck treading water in a Florida river, after being swept away by a strong current.

Chase Poust, seven, was swimming with his four-year-old sister Abigail in St John’s River, by Jacksonville, on Friday, while their father Steven fished from his boat.

The boat was anchored, but a strong current suddenly ripped the little girl away, Steven told Jax4 TV station.

Chase was clinging on to the boat but let go to grab his sister. He then got caught in the current.

‘The current was so strong that my sister — she usually hangs out at the back of the boat — and she let go,’ said Chase.

‘So, I let go of the boat and grabbed her, and then, I was stuck.

He was not wearing a life vest, but his little sister was. 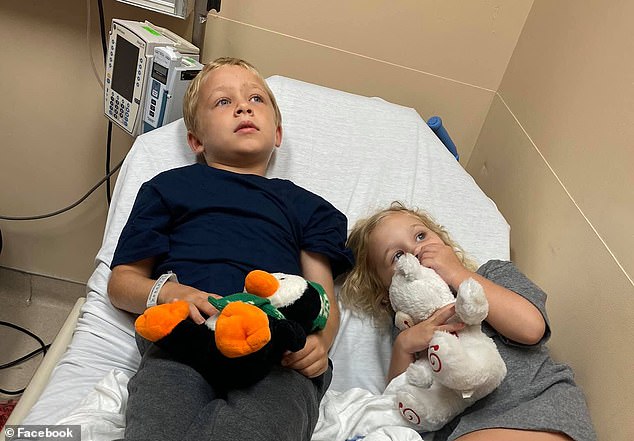 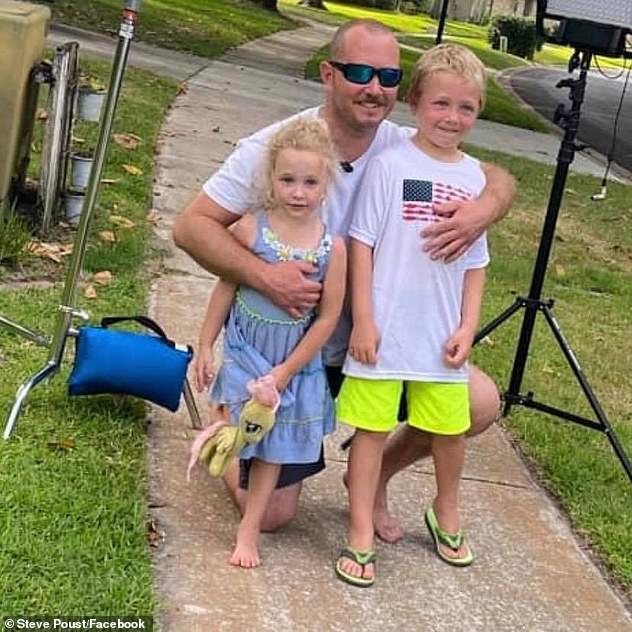 Steven Poust, pictured with seven-year-old Chase and Abigail, four. The Poust family survived a harrowing Friday afternoon after they were swept apart by currents in a Jacksonville river

St. John’s River, seen at Mandarin Point in Jacksonville. The Poust family were fishing off the point on Friday when their ordeal begun

Steven immediately dove into the water and caught up to them, but Abigail drifted away from him.

He yelled to his son to keep swimming to shore, which was about a mile away.

‘I told them I loved him because I wasn’t sure what’s going to happen,’ Steven said.

His voice cracked as he choked back tears.

‘I tried to stick with both of them. I wore myself out. She drifted away from me.’

Chase told Jax4 that would doggie paddle then float on his back, to make sure he wouldn’t tire himself out.

‘The current was going the opposite way of going to the boat and the shore so it was very hard to swim that way,’ Chase said.

He finally reached shore an hour later, and raced to the nearest home – screaming that he needed helped, Jax4 reported. 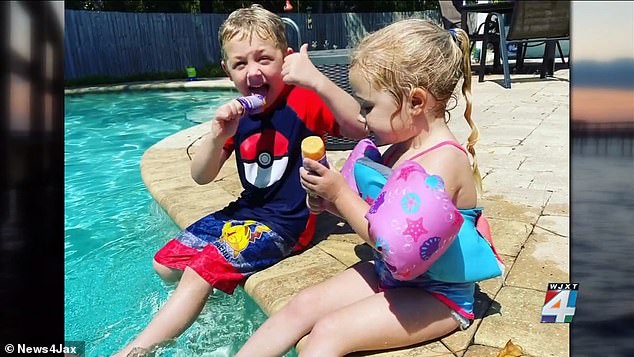 Chase managed to get to the shore after an hour and raced to the nearest home – screaming that he needed helped. He is pictured with his sister 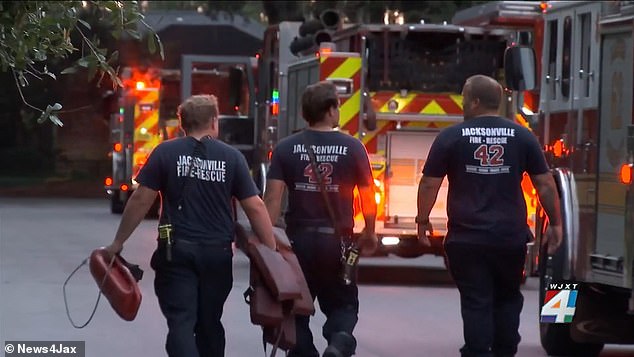 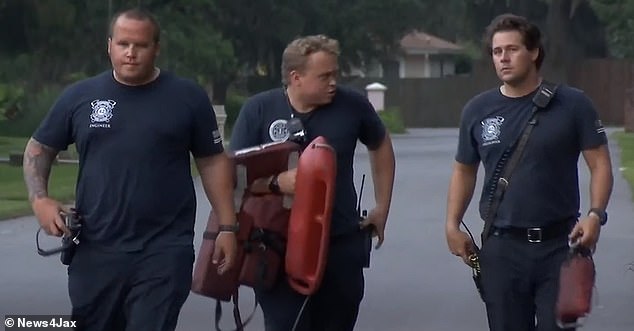 The Jacksonville Fire and Rescue Department, Sheriff’s Office and Florida Fish and Wildlife Conservation Commission helped rescue the Poust family who was in the water for about two hours

‘I screamed for help at the top of my lungs and waved my arms and sure enough someone heard us,’ said Steven.

‘Little man also made it to shore and got help and that’s what saved our lives.’

Chase’s father and sister were in the water for about two hours before they were rescued, Jax4 reported, and the pair had drifted a mile from their boat.

Everyone was rescued safe and well.

When asked how he became such a skilled swimmer, Chase replied: ‘I have no idea.’

Covid-19 Australia: Victorians to be locked down for another WEEK as coronavirus rules extend

TokenSoft to allow issuance and trade of security tokens