‘I was shocked and shaking’: Health Minister reveals a family friend who was a father-of-two asked her to kiss him ‘like you would your boyfriend’ when she was just 13 years old

By Brett Lackey For Daily Mail Australia and Afp


Queensland‘s Health Minister has revealed how a family friend with kids once asked her to kiss him ‘like you would your boyfriend’ when she was barely a teenager.

Yvette D’ath opened up about her own scarring experiences with sexual harassment after joining thousands of women across the country in the March4 Justice rallies.

Ms D’ath praised the protesters for demanding politicians to making bigger strides toward equality for women before describing two incidents she went through as a teenager. 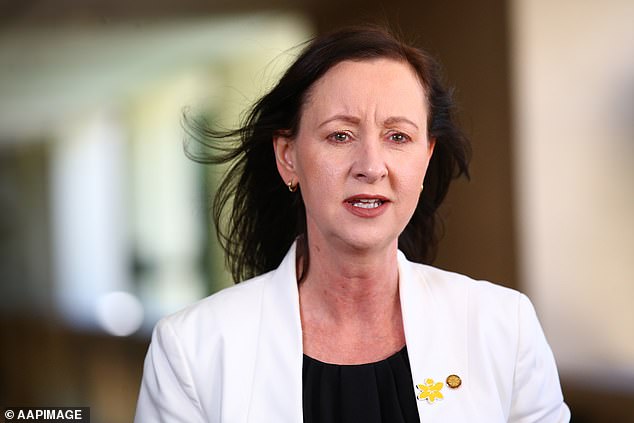 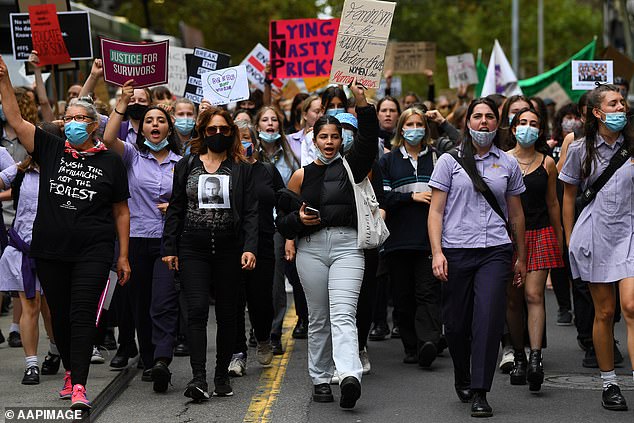 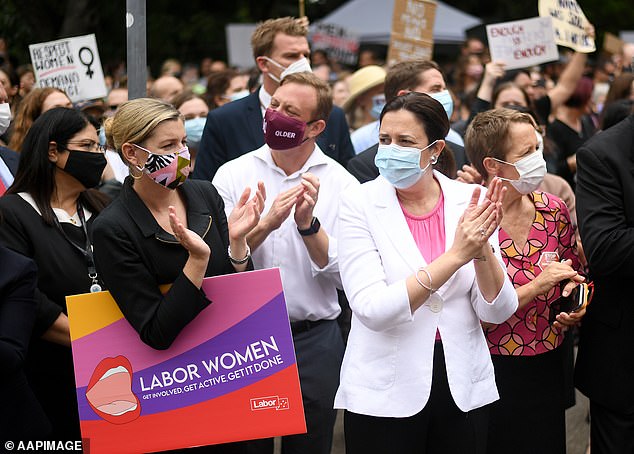 Ms D’Ath said it was ‘incredible’ to be involved in the march in Brisbane, which was also attended by Queensland Premier Annastacia Palszczuk.

‘All of those strong girls & women. It was truly inspiring. We must all give a voice to our lived experiences. Only then will we see real change.’ she wrote.

‘Here’s 2 of my experiences that I won’t forget’.

‘As a 13 or 14 yr old a male family friend (father of 2) asked me for a kiss goodbye. I gave him a peck on the cheek. He said no I want you to kiss me like you would kiss your boyfriend.’

The MP also described another instance where an older man tried to kiss her while they were at work – which she had not spoken about for three decades. 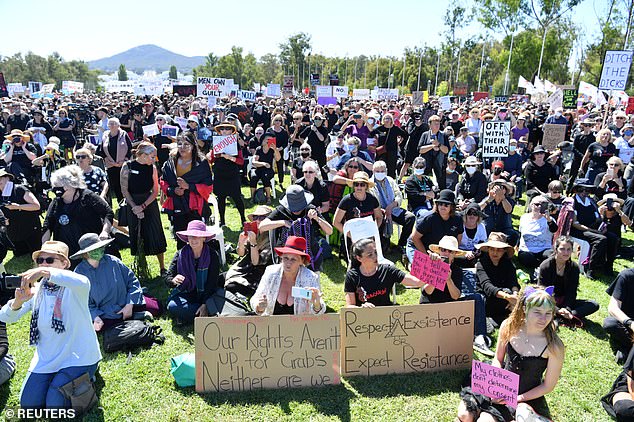 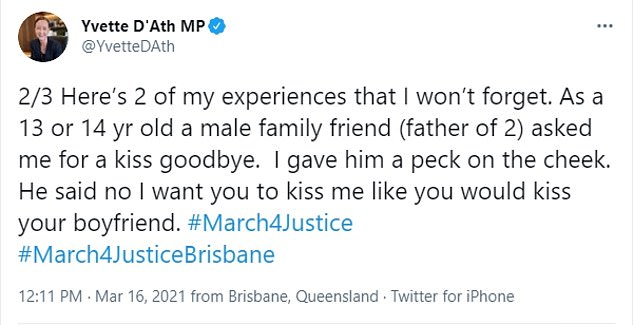 ‘At 18 a male twice my age came into my workplace & while alone in the office in a back room tried to kiss me. I quickly left the room. I was shocked & shaking. He left without saying a word & so did I (for 32 years). This has to STOP.’

‘Your courage will empower and give so many Queensland women their voice and show them that no matter where you work, your background or who you are – we will not be silenced.’

Ms Fentiman also attended the Brisbane march with Ms D’Ath and the Premier. 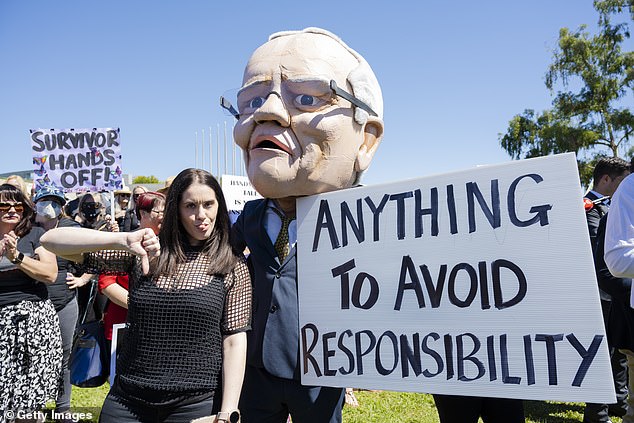 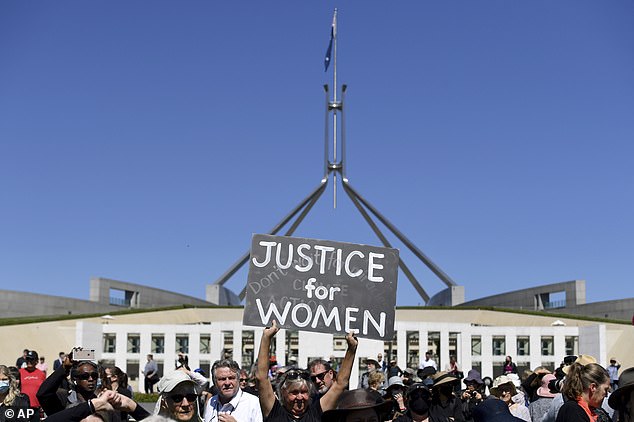 The #March4Justice rallies were held in more than 40 Australian cities and towns, with a major demonstration in Canberra following allegations of sexual assault in the nation’s parliament.

Dressed in mostly black, the crowd gathered outside Parliament House holding aloft placards with slogans including ‘You’re Not Listening’, ‘How Many Victims Do You Know?’ and ‘I Believe Her’.

Protester Kathryn Jamieson, who travelled from Melbourne to take part, said she was ‘fuming with rage’. 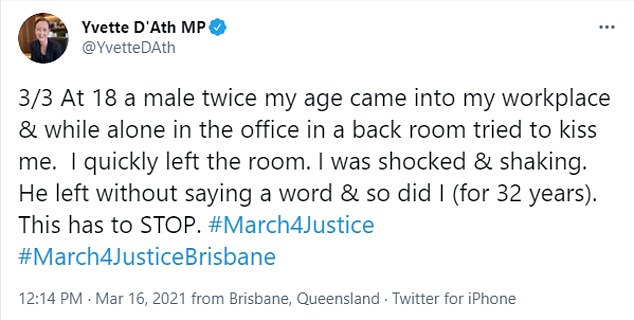 ‘I wanted to be at the heart of the matter, I’ve completely had enough,’ she told AFP.

‘We need immediate change — I’m sick of women not being believed.’

Former government staffer Brittany Higgins alleged publicly last month that she had been raped by a colleague in a minister’s office in 2019.

And earlier this month, Attorney-General Christian Porter vigorously denied swirling accusations he had raped a 16-year-old girl in 1988 when they were both students.

On Monday, Porter launched defamation proceedings against public broadcaster ABC, which first published the allegations against an unnamed senior minister, with lawyers saying the attorney-general was ‘easily identifiable’ in the article and has since been subjected to ‘trial by media’.