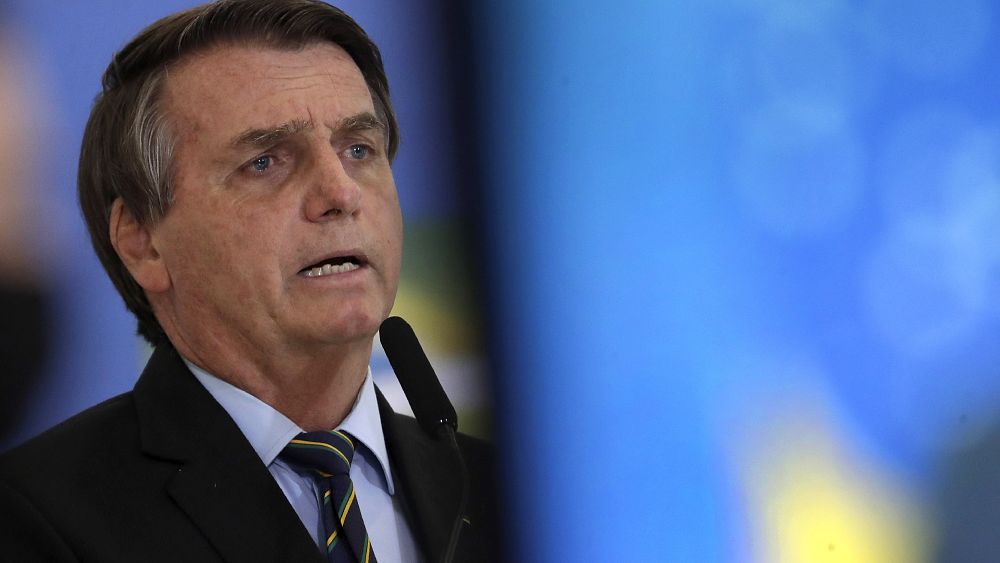 The Defence Ministry reported the resignations — apparently unprecedented since at least the end of military rule 36 years ago — in a statement released without giving reasons. Replacements were not named. But analysts expressed fears the president, increasingly under pressure, was moving to assert greater control over the military.

“Since 1985, we haven’t had news of such clear intervention of the president with regard to the armed forces,” said Carlos Melo, a political science professor at Insper University in Sao Paulo.

Bolsonaro, a conservative former army captain who has often praised Brazil’s former period of military dictatorship, has relied heavily on current and former soldiers to staff key Cabinet positions since taking office in January 2019, but Melo said the military itself has so far refrained from politics.

“Will this resistance continue? That’s the question,” Melo said.

The announcement came after the heads of the army, navy and air force met with the new defence minister, Gen. Walter Souza Braga Netto, on Tuesday morning.

Braga Netto’s first statement on the new job showed he is aligned with Bolsonaro’s views for the armed forces. The incoming defence minister, unlike his predecessor, celebrated the 1964-1985 military dictatorship that killed and tortured thousands of Brazilians.

“The armed forces ended up assuming the responsibility for pacifying the country, facing the challenges to reorganise it and secure the democratic liberties that today we enjoy,” said Braga Netto, who did not discuss the departure of the military chiefs. “The 1964 movement is part of Brazil’s historic trajectory. And as such the events of that March 31st must be understood and celebrated.”

A retired army general who has a relationship with the three commanders as well as with Braga Netto told The Associated Press that “there was an embarrassing circumstance so they all resigned.” He agreed to discuss the matter only if not quoted by name, expressing fear of retribution.

Bolsonaro on Monday carried out a shake-up of top Cabinet positions that was initially seen as a response to demands for a course correction by lawmakers, diplomats and economists, particularly over his handling of the pandemic that has caused more than 300,000 deaths in Brazil.

That included the replacement of Defence Minister Fernando Azevedo e Silva, who said in his resignation letter that he had “preserved the armed forces as state institutions,” a nod at his effort to keep generals out of politics.

Bolsonaro has often bristled at the checks and balances imposed by other branches of government and has attended protests targeting the Supreme Court and Congress.

He has also criticised the Supreme Court for upholding local governments’ rights to adopt pandemic restrictions that he adamantly opposes, arguing that the economic effects are worse than the disease itself.

His recent slide in popularity, and the sudden likelihood that he will face leftist former President Luiz Inácio Lula da Silva in the 2022 presidential election, has analysts saying he is looking to the armed forces for support.

Retired Gen. Carlos Alberto Santos Cruz, who previously served as Bolsonaro’s government secretary, appeared to refer to such concerns when he responded to early rumours of military resignations with a tweet saying, “THE ARMED FORCES WON’T GO ON AN ADVENTURE.”

Since Brazil’s return to democracy in 1985, the armed forces have tried to keep a distance from partisan political quarrels.

“The government has to give explanations to the population about the change in the Defence Ministry,” Santos Cruz added.

Sen. Kátia Abreu, who heads the Senate’s foreign relations commission, said it would be “prudent” that the new defence minister speak to “calm the nation down about the impossibility of a military intervention.”

“I have a conviction that we built a strong democracy. The armed forces are part of the Brazilian state and they have the confidence of all of us,” said Abreu, a right-leaning Bolsonaro critic.

Earlier this month, Bolsonaro began mentioning the armed forces in connection with his dispute with state governors and mayors over restrictive measures meant to slow the spread of the coronavirus in Latin America’s largest nation.

“My army doesn’t go to the street to force people to stay at home,” Bolsonaro told reporters March 19.

Thomas Traumann, an independent political analyst, told AP that it was the first time in living memory that all leaders of the armed forces had quit simultaneously.

“He wants people who will do whatever he wants, and so it is extremely risky,” Traumann said. “He can put the army out to allow people to go to work. So the army would be in his hands, and not in the hands of the generals.”

Speaking to supporters outside the presidential palace Tuesday night, Bolsonaro did not discuss the three commanders. When asked about the pandemic restrictions imposed by governors and mayors, the president said he respects the constitution, though he added: “But it has been some time that some authorities are not playing within the limits of the constitution.”

Bolsonaro saw his popularity rise last year, thanks to a generous pandemic welfare aid program. That popularity has dropped since the programme ended in December, and there have been renewed protests against him as the nation’s daily death toll surged to the highest in the world.

Further clouding the outlook for Bolsonaro is the reemergence of da Silva after a Supreme Court justice annulled two corruption convictions and restored his political rights. Early polls indicate he would be a formidable challenger in next year’s election.

In other Cabinet changes, Bolsonaro replaced Foreign Minister Ernesto Araújo, who was accused by some of impeding the supply of vaccines by making comments seen as insulting to the Chinese and by not aggressively seeking sources.

Earlier this month, Bolsonaro also replaced his health minister, active-duty army Gen. Eduardo Pazuello, the third health minister to leave office since the beginning of the pandemic. Pazuello’s tenure coincided with most of Brazil’s 317,000 COVID-19 deaths.

On Tuesday, Brazil’s health ministry said a new daily high of 3,780 deaths related to COVID-19 had been registered in the previous 24 hours. The previous high of 3,650 deaths was recorded Friday.

Covid: Germany limits use of AstraZeneca Covid jab for under-60s