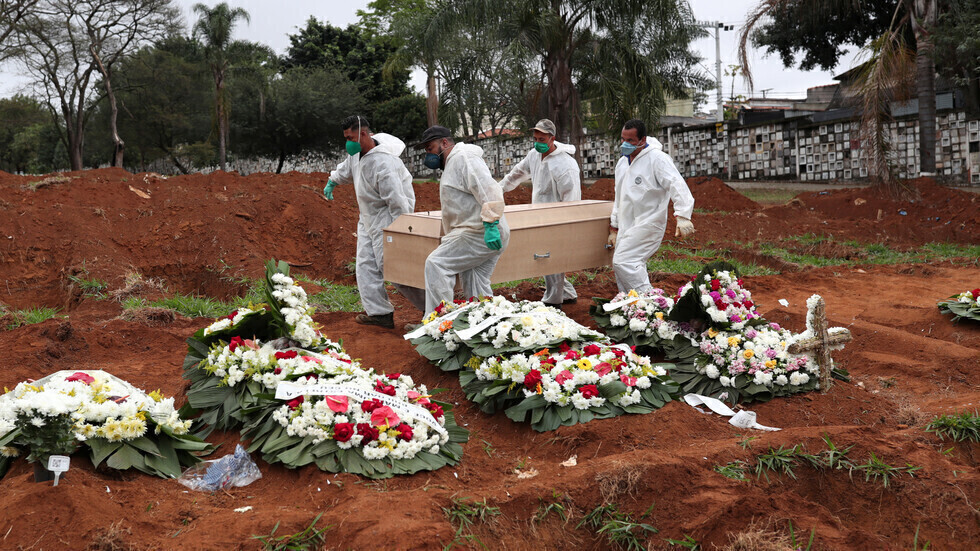 Funeral office employees transport a coffin containing the body of a dead person with the Coronavirus in the Brazilian city of Sao Paulo.

The Brazilian Ministry of Health announced, on Saturday evening, that it had recorded 62,334 cases and 1,202 new deaths from the Coronavirus, an increase for both indicators compared to Friday’s data.

The Ministry stated, in a daily statistics, that the number of registered infections with Coronavirus “Covid-19” infection in the country during the past 24 hours increased by 62,334, bringing the total number to 8816,254 cases.

The Brazilian Ministry of Health also stated that it had detected 1,202 deaths from the disease, bringing the death toll from the pandemic in the country to the level of 216,445 people.

Erdogan: Lifting the US sanctions on Iran will contribute to the stability of the region

UNICEF: The Arab world contains a record number of destitute youth and victims of violence