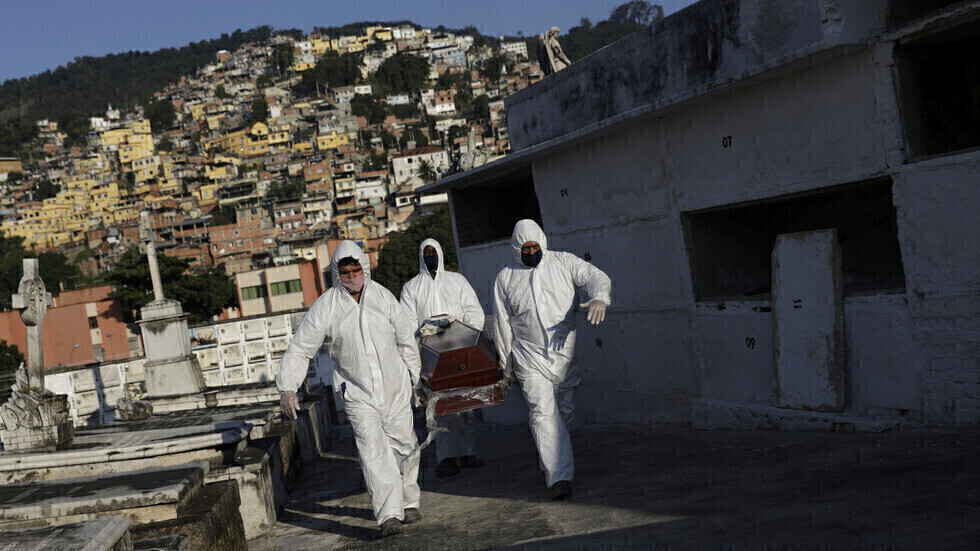 Brazilian funeral directors move a coffin to a person who died of coronavirus in Rio de Janeiro.

The Brazilian Ministry of Health announced, on Wednesday evening, that it had recorded 63,520 infections and 1,283 new deaths from the Coronavirus, an increase for both indicators compared with previous data.

The Ministry stated, in a daily statistics, that the number of registered infections with Coronavirus “Covid-19” in the country during the past 24 hours increased by 63,520, bringing the total number to 8996876 cases.

The Brazilian Ministry of Health also stated that it had detected 1,283 deaths from the disease, bringing the death toll from the pandemic in the country to the level of 202,161 people.

MOSCOW: We are following with concern the developments in Armenia and the internal affairs that are taking place

Europe’s Muslims being treated like Jews before WWII, says Erdogan