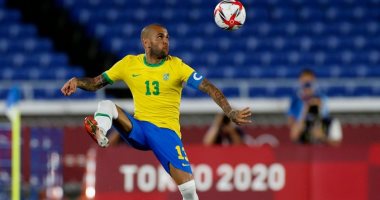 Brazilian full-back Dani Alves, the former Barcelona and Paris Saint-Germain player, decided to leave Sao Paulo during the current season, due to the non-payment of his late financial dues amounting to 3 million euros.

Sao Paulo club announced, through its official accounts on social media, the termination of its contract with its veteran Brazilian defender Dani Alves.

The Sao Paulo club had said that its player, Dani Alves, refused to attend the training, and stipulated that he receive a debt of two million resulting from the delay in paying his salaries in order to continue with the team.

“São Paulo FC announces that it has signed an agreement today to terminate the contract of the player Dani Alves, who had a contract with the club until December 2022,” the club wrote in a statement.

It is noteworthy that Alves defended the colors of Barcelona, ​​Juventus and Paris Saint-Germain, in his professional career in the continent of Europe, and Alves and Miranda, the center of the defense of the Sao Paulo team, were participating with the Brazil national team during the last international break that took place from 2 to 9 September.