Brazilian President Jair Bolsonaro – who sometimes has embraced the label ‘Trump of the Tropics’ – said Sunday he´ll wait a little longer before recognizing the U.S. election victory of Joe Biden.

Speaking to reporters while casting a ballot in municipal races, he also echoed President Donald Trump’s allegations of irregularities in the U.S. vote.

‘I have my sources of information that there really was a lot of fraud there,’ he said. ‘Nobody talks about that. If it was enough to define (victory) for one or the other, I don’t know.’

Asked if he would recognize Biden’s victory, he said, ‘I am holding back a little more.’

Brazilian President Jair Bolsonaro – who sometimes has embraced the label ‘Trump of the Tropics’ – said Sunday he´ll wait a little longer before recognizing the U.S. election victory of Joe Biden

He also expressed doubts about Brazil’s current electronic voting system, which he has suggested is vulnerable to fraud.

He has urged the country to go back to a paper ballot system for the 2022 presidential election.

The conservative Brazilian leader has appealed to the same sort of right-wing populist base in Brazil that Trump has courted in the United States, and has welcomed comparisons to the U.S. president.

Like Trump, he has embraced unproven treatments for COVID-19 and has campaigned to ease restrictions meant to combat it, arguing the economic loss is more damaging than the illness itself.

His comments came hours after Trump’s first TV interview since the election with Maria Bartiromo on Fox News.

During his rambling phone interview Sunday morning, he accused his FBI and Department of Justices of conspiring to ‘rig’ the election for Joe Biden.

‘This is total fraud and how – the FBI and Department of Justice, I don’t know, maybe they’re involved – but how people are allowed to get away from this with this stuff is unbelievable,’ Trump told Fox News’ Maria Bartiromo in his first interview since Election Day.

‘This election was rigged,’ he told the ‘Sunday Morning Futures’ host. 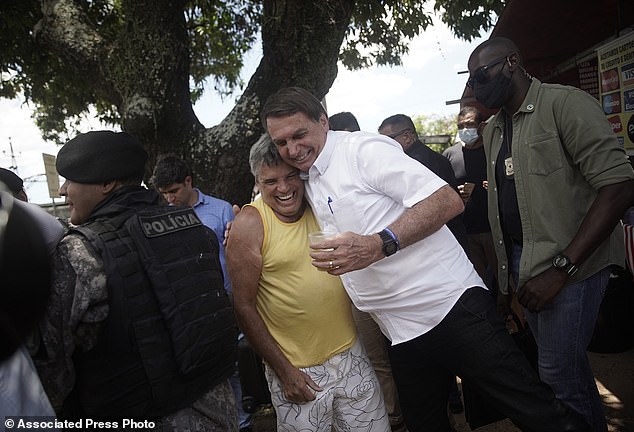 Speaking to reporters while casting a ballot in municipal races, he also echoed President Donald Trump’s allegations of irregularities in the U.S. vote

Trump went off on the election results in the more than 45-minute interview where most of his answers spanned several minutes and repeated claims he has already made over the past weeks on Twitter.

The president claimed without any evidence during the interview that even ‘most Democrats’ believe ‘election fraud’ led to Biden’s win.

He also said the U.S. will never have another Republican president, senator or representative elected if they allow Democrats to get away with ‘stealing’ the election for Biden. Trump suggested that Democrats now know how to ‘cheat’ the system effectively and will have their candidates win from now on.

‘If Republicans allow it to happen, you’ll never have another Republican elected in the history of this country, at a Senate level or at a presidential level… or at a House level,’ Trump said, referencing the GOP accepting the election results. 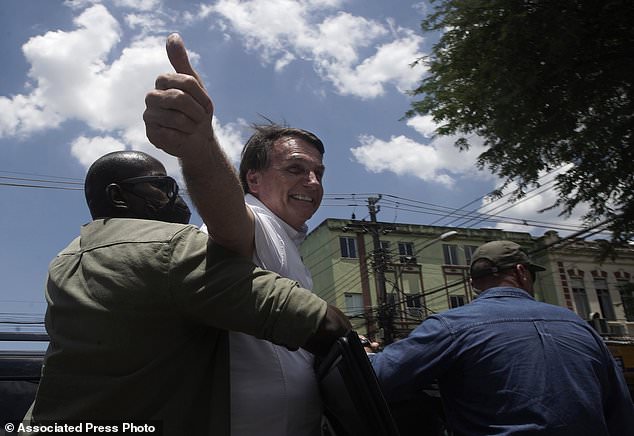