One of the first British patients to be given a ‘breakthrough’ drug for deadly ovarian cancer has defied the odds, after the pill kept her cancer at bay for several years.

Val Simcock, 56, ran out of options in 2017 when a second bout of chemotherapy failed to halt the growth of her tumour. But the daily pill quickly stopped the cancer in its tracks.

Now up to 3,000 women with the disease are set to benefit from the drug, called niraparib, after the NHS spending watchdog NICE last week sanctioned its general use in England.

Val says: ‘I take three tablets every night just before bed and scans have since shown the drug isn’t just stopping the tumour from growing, it seems to be shrinking it slightly. That really fills me with hope for the future.’ 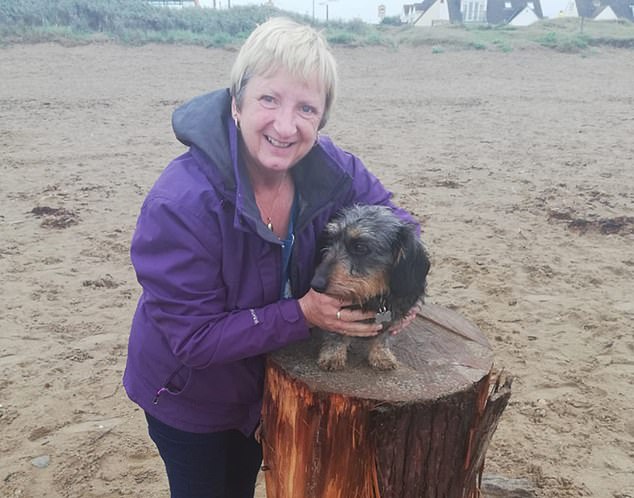 Beating odds: Niraparib pioneer Val Simcock, 56, whose tumour shrank. Now up to 3,000 women with ovarian cancer are set to benefit from the drug

Downing too many energy drinks could put your life at risk, it seems.

A 26-year-old American suffered a massive heart attack which doctors claimed was triggered by his ten-cans-a-day habit.

He had gone to a Texas A&E complaining of chest and arm pain, nausea and vomiting, according to Case Reports In Emergency Medicine. Scans revealed a blocked artery from his heart.

The man admitted he drank up to ten cans of energy drinks daily – the equivalent of eight strong espressos.

The excessive caffeine may have reduced blood flow in his heart, causing a blood clot leading to a heart attack.

Cancer experts say it is a major leap forward in treatment.

‘Drugs such as niraparib are having the biggest impact on treatment of ovarian cancer that we have seen in decades.’

Britain has some of the highest rates of the disease in Europe, while survival figures are among the lowest.

Tumours often go unnoticed because, in the early stages, the symptoms can be vague – a bloated tummy, feeling full-up quickly when eating, or urinating more than usual.

As a result, it’s estimated that in nearly 60 per cent of cases the cancer has already spread beyond the ovaries – and is potentially incurable – by the time women get a diagnosis.

But in recent years, a new class of drugs, known as PARP inhibitors, have been transforming patients’ prospects.

The drugs, such as niraparib (also known by the brand name Zejula), work by blocking a protein called poly-ADP ribose polymerase, or PARP, which cancer cells rely on to repair themselves and keep on growing.

Until now, the drugs, which cost about £4,000 a month, were only given to women with ovarian cancer caused by a mutation in the BRCA genes, which account for about one in five cases. 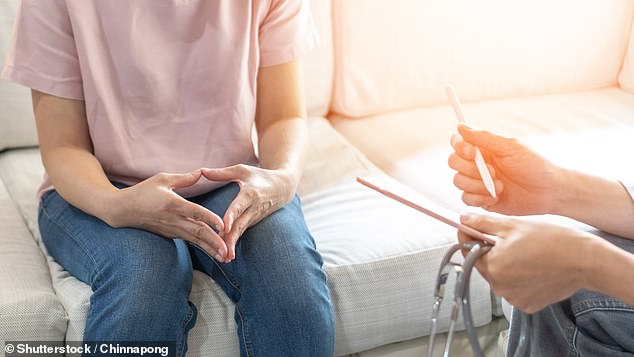 Ovarian cancer strikes about 7,500 women a year in the UK – killing more than 4,000 annually. Britain has some of the highest rates of the disease in Europe (file photo) 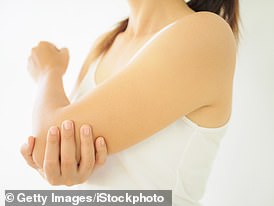 Most people will have bashed their funny bone and felt that strange, tingling numbness radiate through the whole arm.

But the funny bone isn’t a bone at all – it’s the ulnar nerve, which runs from the neck to the hand. For most of its length it’s buried in muscles and ligaments, but at the elbow it runs through a channel called the cubital tunnel and comes close to the skin, making it vulnerable to knocks.

So when you hit it, you’re compressing the ulnar nerve against the underlying bone, resulting in that unique sensation that can be felt right down to the little finger.

But now there is good evidence that they work for patients without this gene fault, so they’ve been approved.

The NICE ruling means that many more women with advanced tumours not caused by the gene mutations can also get the drug – and sooner.

‘Until now, these women would probably just have had chemotherapy and maybe surgery to treat their cancer,’ says Dr Bowen. ‘In the vast majority of cases, they would relapse within 18 months – many much sooner – and then they would face yet more chemotherapy.’

Victoria Clare, chief executive of the ovarian cancer charity Ovacome, said: ‘Women with this disease must be given every opportunity to live as full a life as possible, for as long as possible. That’s what this new medication offers.’

Val was diagnosed with ovarian cancer in 2015, after mentioning to a doctor that her mother had recently developed it. The GP ordered a blood test which showed Val had very high levels of CA125, a protein linked with ovarian tumours. Further checks confirmed she was stage 3, which meant she had advanced cancer.

‘I had no idea I was ill,’ says Val, a part-time supermarket employee from Upton-upon-Severn, Worcestershire, who is married to David, 61. ‘It was a tremendous shock. I didn’t have any symptoms.’

DNA tests confirmed Val had a BRCA2 mutation, which caused the cancer, and she underwent three sessions of chemotherapy, which initially seemed to clear it.

But 18 months later, the cancer came back. More chemotherapy bought her another six months before the cancer showed up for a third time. ‘I felt dreadful from the chemotherapy and was so disappointed,’ says Val.

‘But I had read about these new drugs called PARP inhibitors and asked the doctors at Worcestershire Royal Hospital if I could go on them.’

They applied to the Cancer Drugs Fund, which controls use of the drug on the NHS, and managed to get her the treatment because of her genetic mutation.

‘I’ve spoken to a patient who is alive and well after nine years on a PARP inhibitor,’ says Val. ‘It’s amazing to think I’m in this position, given just three years ago it looked like I had run out of options.’