Brendan Rodgers makes jibe at praise given to overseas managers


‘Because I’m British, I got lucky’: Brendan Rodgers makes jibe at praise given to overseas managers as Leicester boss added Marcelo Bielsa to list of opponents he has beaten this season – along with Pep Guardiola and Mikel Arteta – in 4-1 win over Leeds

Brendan Rodgers could barely fault his players as Leicester went second in the Premier League with an impressive 4-1 win over Leeds.

Harvey Barnes, Youri Tielemans (two, one penalty) and Jamie Vardy all found the net on a night that had looked beforehand as though it could provide Rodgers’ men with problems.

But the Foxes were utterly dominant on a sodden night at Elland Road and, short of a 20-minute spell in the second half after Stuart Dallas pulled a goal back, rarely looked ruffled. 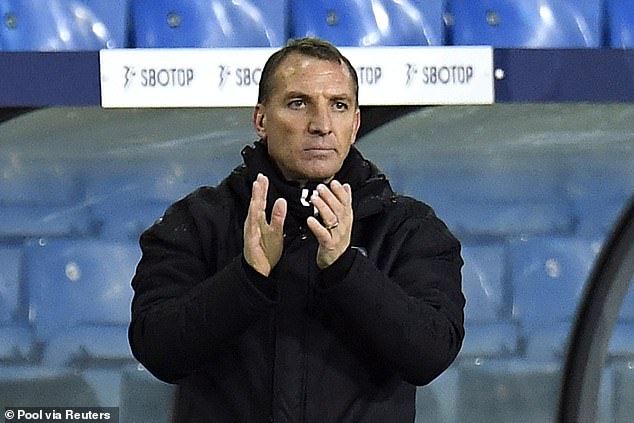 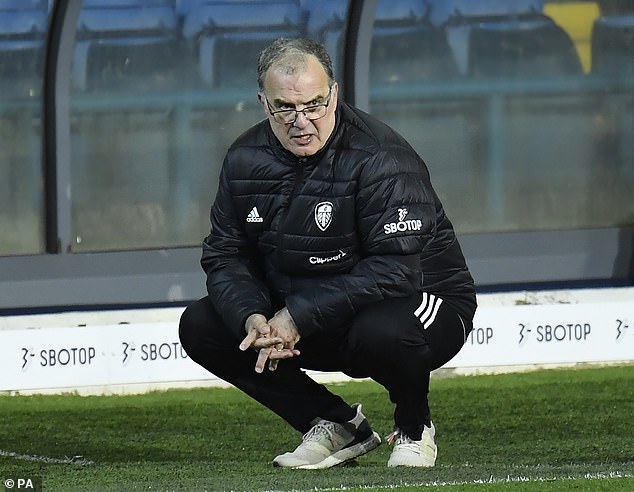 Rodgers called Vardy ‘world class’ on the eve of the game and the former England man looked every inch that, running Germany international Robin Koch ragged throughout.

‘That was the type of performance you need to win these games, Leeds are an attacking team but you can get space,’ Rodgers said. ‘It was a brilliant performance.

‘We had to show resilience after their goal and to come here and put in that type of performance was very pleasing.’

Rodgers has got the better of vaunted tacticians Pep Guardiola, Mikel Arteta and Marcelo Bielsa in recent weeks, and he added: ‘Because I’m a British manager, I got lucky, that’s the way it works in these games. But the players were brilliant and got their rewards.

‘You watch Leeds closely in advance, see how they play with wingers and stretch the pitch and they want a basketball game, up and down, so you have to ensure you don’t get involved in that.’ 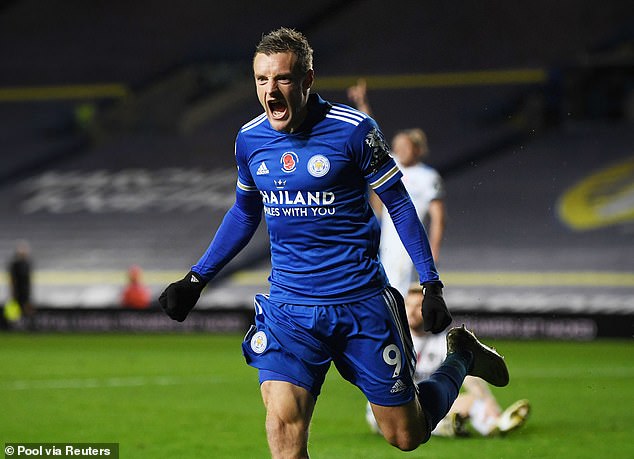 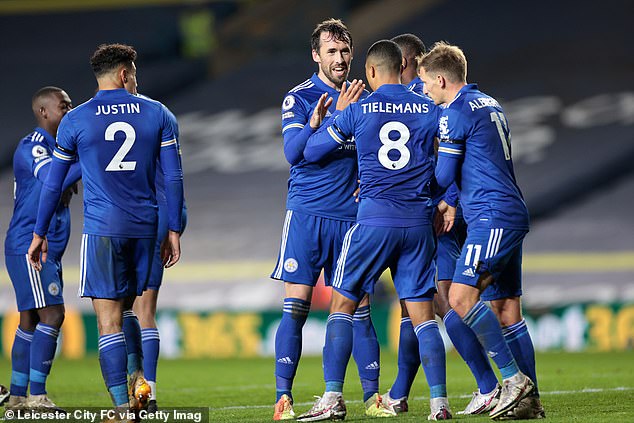 Harvey Barnes, Youri Tielemans (two, one penalty) and Vardy all found the net on Monday night

For Leeds, the loss was a sobering experience after looking so good in a 3-0 win at Aston Villa last time out.

Patrick Bamford scored a hat-trick that night, sparking England talk, but two poor misses – one of them an inexplicable error with a free header six yards out prior to Leicester’s opener – summed up Leeds’ night.

‘I didn’t distribute the players properly on the pitch, the help I gave the players on how to defend and attack better, I didn’t give it,’ said head coach Bielsa, who was unable to call upon Spain international Rodrigo after he came into contact with someone with coronavirus.

Rodrigo will miss this weekend’s clash with Crystal Palace too, but Bielsa was more concerned with his own selections here, adding: ‘I distributed the players wrongly in the first half and in the second half I corrected this error. We lacked impact and were facing a challenge.’

He admitted Bamford’s early chance could have changed the course of the game, but added: ‘We still had over an hour to make an impact.’

A Quick Guide on - What is Liquidity Pool ?

US election paths to power: Who is likely to win and how are they going to do it?

Strictly: Jacqui Smith told to 'have a ball' on show by Ed Balls

Packers' Jamaal Williams, Kamal Martin out for 49ers game after being in close contact with AJ Dillon

Coinbase bows to the hype: A new crypto is about to be listed

Israel steps up attacks on Gaza with heavy bombing overnight

A leadership candidate for Britain's largest trade union has been suspended by Labour and allegedly reported to the police...