Harrowing footage released at an inquest into the death of a hero cop shows a crazed gunman opening fire at the police car after an off-road low-speed car chase.

Senior Constable Brett Forte died after his vehicle was peppered with 27 bullets from an automatic weapon fired by Ricky Maddison in the Lockyer Valley, west of Brisbane, on May 29, 2017.

Maddison, 40, was shot dead by police the following day after being asked to surrender more than 80 times during a 20-hour siege.

He had been wanted for domestic violence offences and had led officers on the half-hour police chase just minutes after having a lengthy phone call with Sergeant Peter Jenkins where he refused to hand himself in.

Footage of the shooting and chilling audio from the call was released by the state coroner on Friday as part of an inquest into Constable Forte and Maddison’s deaths. 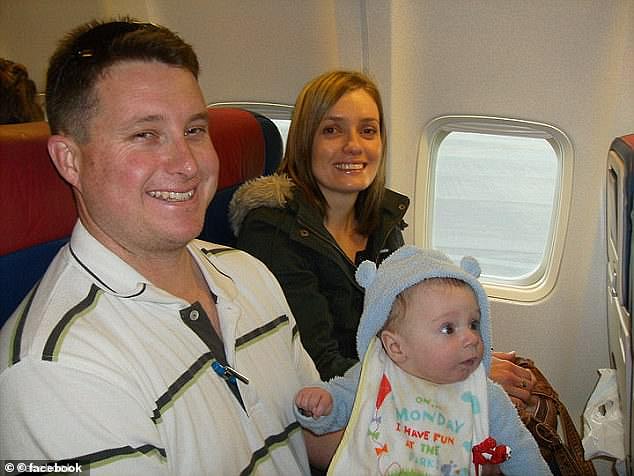 Senior Constable Brett Forte (pictured left with his family) was shot dead by Ricky Maddison in the Lockyer Valley, west of Brisbane, on May 29, 2017 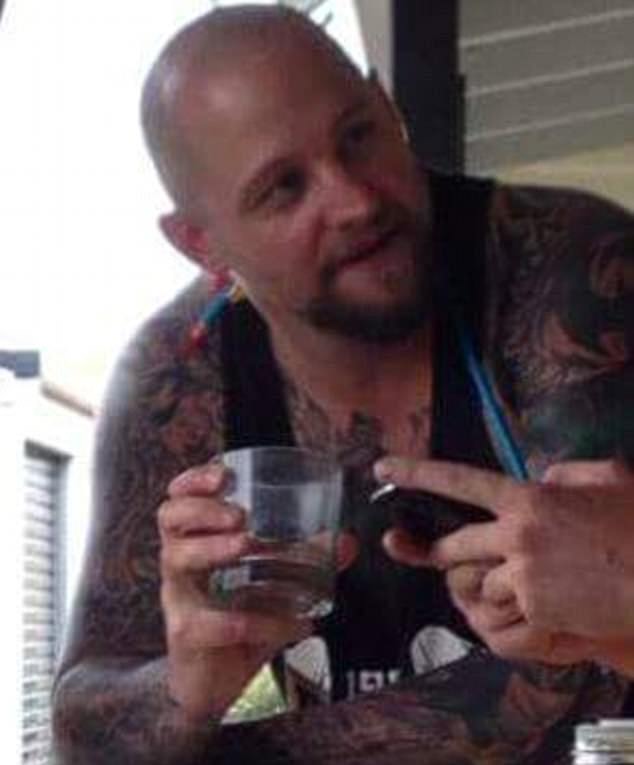 The video shows Maddison jumping out of his car to point a rifle at Forte and his partner.

The gunman had been driving his Nissan Navara when police spotted him just before 2pm on May 29, 2017.

Officers trailed him for 26 minutes with sirens blaring and lights flashing as he headed off road down a dirt track.

‘Just be aware that he was involved in firearms-related offences so any takedown be careful,’ Constable Forte is heard saying to other officers mid pursuit.

As Maddison comes to a stop on the dirt road, he is seen jumping out of his car and suddenly opening fire on the two police officers.

As they tried to flee the area and reverse down the road, their car rolled leaving Constable Forte and Nielsen as ‘sitting ducks’. 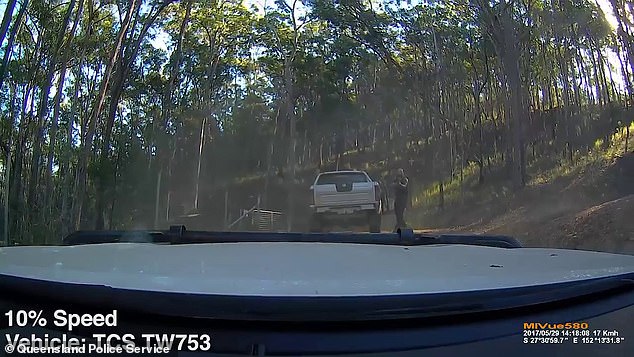 Constable Nielsen is then heard screaming for help.

Constable Forte died after being shot in the groin and arm while Maddison fled to a nearby stronghold where he too was later killed. 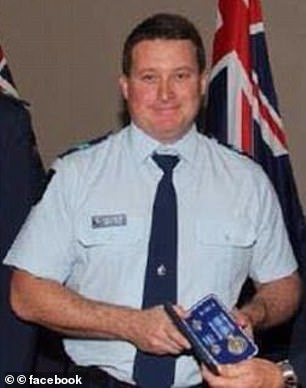 Before the car chase unfolded, Maddison had phoned his local police station with the 35-minute expletive ridden call being played at the inquest this week.

The call allowed police to track down the wanted man in Toowoomba.

Constable Forte had answered the phone before handing it over to Sergeant Jenkins, the Courier Mail reported.

Maddison argued back and forth with Jenkins about his case, repeatedly refusing to hand himself in.

‘Youse (sic) have ostracised me from society. So therefore I don’t live by your motherf***ing rules no more,’ Maddison is heard saying in the call.

‘You’ve broken me and I don’t have anywhere else to turn.’

At the end of the call when Sergeant Jenkins asks Maddison to tell him where he is, the gunman is heard laughing and says ‘you’d like that wouldn’t you’. 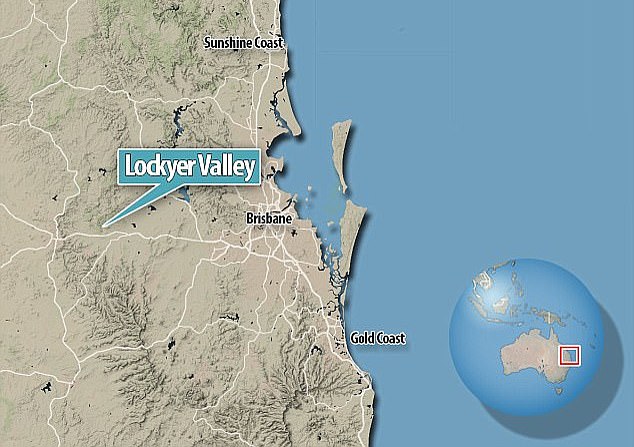