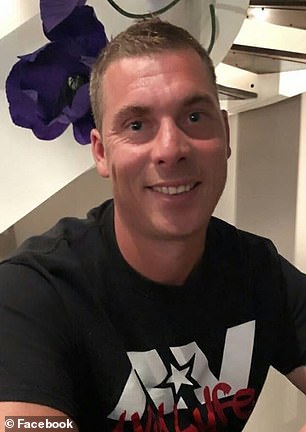 It is the haunting conversation that will alarm every parent – the moment a stranger lured a 12-year-old Sydney girl alone from a park and into his car so he could drug and rape her.

Court documents have laid bare the evil tactics of predator Brett John Callaghan, 38, who faces 20 years behind bars over a nine-and-a-half hour ordeal he inflicted upon the child last April.

Callaghan, 38, pleaded guilty to a series of charges this week, admitting what he did to the girl after approaching her and offering to charge her phone at his house ‘down the road’.

According to a statement of agreed facts obtained exclusively by Daily Mail Australia, the child had been waiting for a friend to arrive at a Thornleigh park, about 3.30pm, on Tuesday, April 28, when Callaghan pulled up in a silver Mazda.

His daughter, 8, was in the car at the time.

It was the school holidays and Callaghan’s target had been in constant contact with her mum throughout the day. She had been left alone for just a few moments – a friend she had spent most of the day with had just been called home by his mum.

About 3.34pm, the girl was sitting alone in a stairwell when Callaghan asked her: ‘What are you doing here?’ 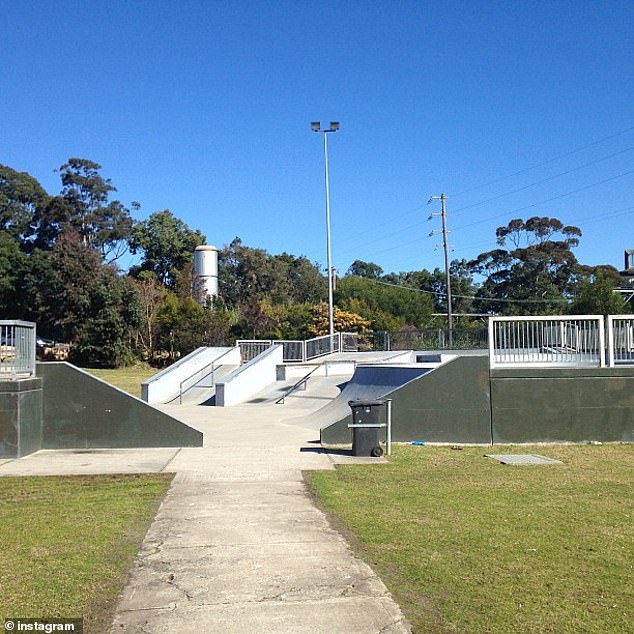 The victim replied that she was waiting for a friend and supplied his first name, the court documents said.

Callaghan told her he knew a person with a similar name, leaving the victim with the impression he actually knew her mate.

They kept talking. During the conversation the girl told him she was 12-years-old. He asked her if she used drugs and also for what the time was.

The victim didn’t know. Her phone was dead. According to the court document, the conversation continued as follows.

Callaghan said: ‘If you want to charge your phone you can come for a ride with me, it’s only five minutes down the road.’

The victim replied: ‘Could I just wait here maybe?’

Callaghan: ‘Well I can’t bring the charger with me.’

The victim: ‘Well OK it’s only five minutes down the road.’

The offender: ‘We will just be there for like ten minutes and I can drop you back.’

The offender told the victim he wouldn’t hurt her as he had his daughter with him.

The victim agreed and got in the car about 3.43pm, nine minutes after first meeting Callaghan.

For the victim, what followed was an ordeal that didn’t end until 1.15am the next morning, many details of which are too distasteful to publish.

The girl’s mother was alarmed when her daughter failed to show up at their meeting point at Hornsby as planned later that afternoon, the court heard.

The mum rang police, who quickly used CCTV footage to piece together whose car the girl had entered at Thornleigh.

The predator and his victim had already attended and left his granny flat, located out the back of his parents’ acreage.

Officers spoke to Callaghan’s daughter, who confirmed the missing child had traveled in the car with them.

The court documents, released this week, revealed that the girl twice attempted to flee from her abuser.

Early in the afternoon she tried to run from Callaghan’s granny flat. Neighbours heard screams.

‘I need my phone. I want my mother,’ she said – but was unable to get past the property’s front gate.

She was then picked up by Callaghan in his car, thinking he would take her home. But he didn’t, instead saying that his friend was going to ‘drop something off.’ 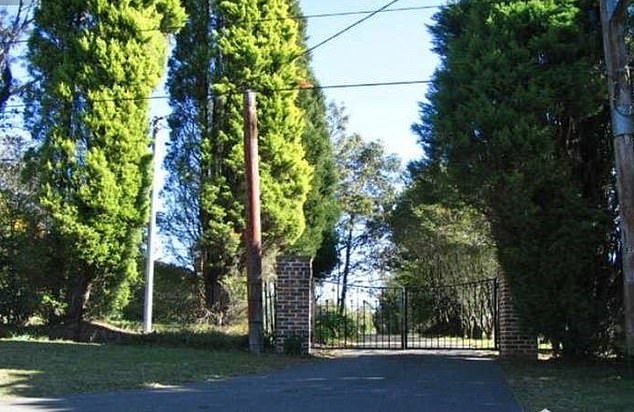 Later, Callaghan’s car broke down in a remote area, and the victim managed to run away for two minutes.

But she was unable to find anyone to help, and returned to Callaghan.

After a passing stranger jump-started their car – Callaghan referring to his victim as his ‘sister’ – he brought the girl back to his flat, where he abused her.

‘She felt that she was stuck at his house and gave up trying to get home,’ the court facts said.

At about 1am, Callaghan hid the girl under a blanket when he heard footsteps coming down the driveway.

He initially denied knowing what police were talking about, the court was told.

But after he was cautioned by officers, Callaghan admitted picking the girl up, claiming he thought she was ’19, easy’.

The girl was struggling to breathe when police found her and the court has previously heard she was traumatised by the ordeal.

‘I haven’t hurt her,’ Callaghan claimed to police, according to the statement of court facts. 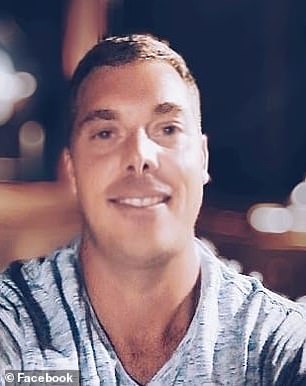 Brett Callaghan, above, was arrested and charged with allegedly detaining and sexually assaulting the 12-year-old

But Callaghan on Thursday admitted to doing just that via Legal Aid lawyer Alexander Reetov.

He pleaded guilty to six charges of aggravated sexual assault, sexual touching and supplying a prohibited drug to a teenager.

Further charges, including taking and detaining a child, were withdrawn as part of a deal between prosecutors and his defence.

Callaghan watched on via video link, dressed in prison greens, as did a senior police investigator who has worked with the girl to bring the predator to justice.

Magistrate Peter Feather committed Callaghan to the NSW District Court for sentencing. He faces a maximum sentence of 20 years’ imprisonment.

Callaghan will next appear in court on April 9. 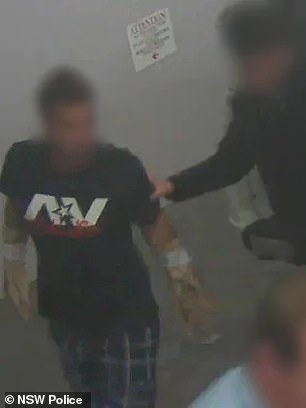 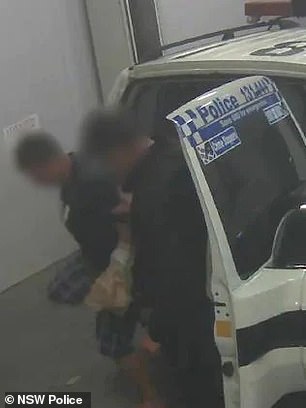