A bride and groom were left baffled after their wedding tape was found in a woman’s DVD collection 200 miles from their home in a boxset case for The Sopranos.

Pauline – known as Polly – and Ross Ramsay, from Calderwood, near Livingston, wed six years ago and treasured the video recording of their big day.

However, the couple hadn’t even noticed their marriage memento was missing.

But out-of-the-blue Polly, 34, got a message on Facebook from Paula Weiller, from York, who found it in the box of the US mob drama. 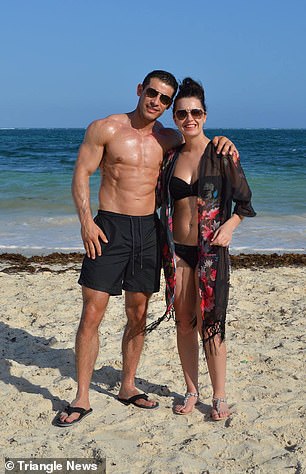 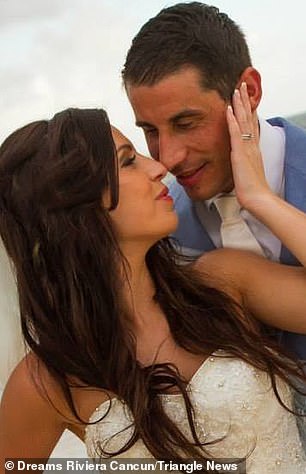 Ross, 35, and Pauline Ramsay, 34, moved from Edinburgh to Calderwood two years ago 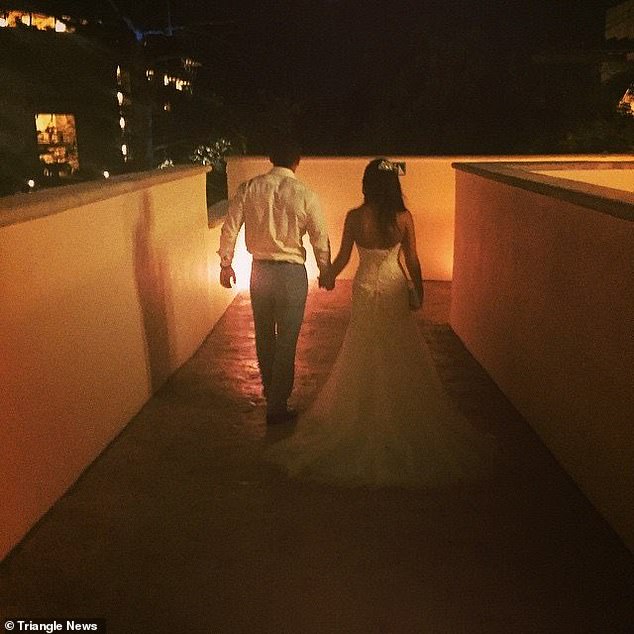 The couple believed the wedding DVD was still in their hands, and were shocked to learn it somehow ended up in someone’s boxset of The Sopranos 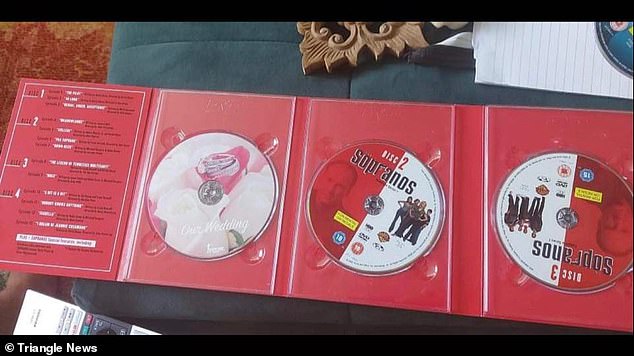 ‘Paula messaged me which was a bit of a surprise. When I asked where she was I expected her to respond somewhere in Edinburgh as we moved from there to Calderwood two years ago.

‘So I assumed it must’ve gone missing during the move. I was totally shocked when she said it was found in York.

‘She offered to return it by post recorded delivery tomorrow to ensure safe receipt. Of course we are covering the cost. 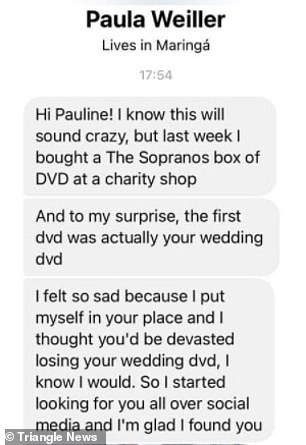 Paula Weiller initially had a hard time finding Pauline, who goes by Polly, on Facebook

‘She had trouble finding me since by name is Polly on Facebook. My real name is Pauline but everyone calls me Polly.

‘Goes to show there are good people out there

‘Not quite your Sopranos episode.’

Paula bought the DVD in a charity shop in Edinburgh, and only realised what was inside when she got home to York.

Pauline said that during a recent house move, someone took the Sopranos boxset, which mistakenly contained the DVD, to a nearby charity shop.

‘We are currently debating whether his parents handed it into a charity or my husband.’

Paula was celebrating her birthday with a trip to Edinburgh last weekend when they spotted the Martins House charity shop.

She was looking for a tweed beret, but ending up finding something that caught her eye even more.

‘I was excited when I spotted this The Sopranos DVD boxset that I had been looking for ages,’ she said. 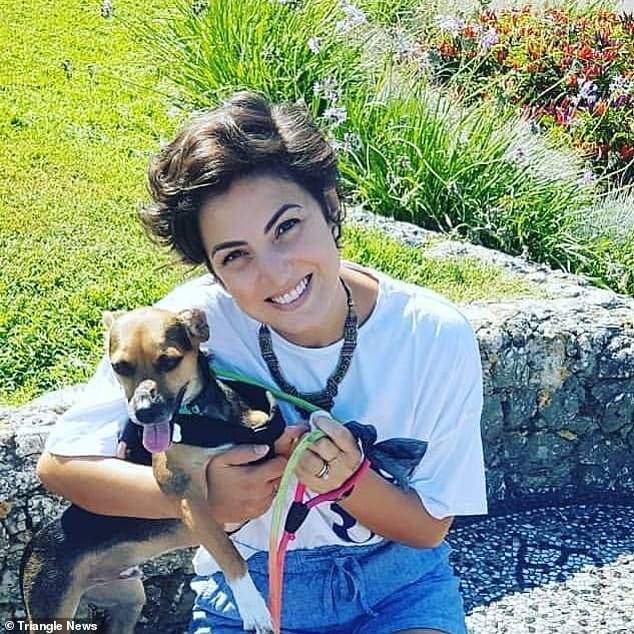 “I was so happy. My husband was like “Are we really going to carry this thing all day?”‘

When she finally sat down to binge-watch the 86-episode show on Sunday, she noticed the out-of-place seeming disc.

‘When I saw the first DVD written “Our wedding” I thought to myself “Oh cool, this must be like The Godfather, it starts with a wedding.”

‘So I started watching, but it was really slow, and in Mexico.

“And I saw one guest wearing a kilt. I thought “Wait, this isn’t a director’s cut or anything.”‘

That’s when she put her sleuthing skills to use.

Paula – who is from Brazil but moved to York two years ago – had messaged her saying: ‘Hi Pauline, I know this will sound crazy.

‘But last week I bought a The Sopranos box of DVDs at a charity shop.

‘And to my surprise, the first DVD was actually your wedding DVD.

‘I felt so sad because I put myself in your place and I thought you’d be devastated losing your wedding DVD.

‘So I started looking for you all over social media and I’m glad I found you.’

Unfortunately for Paula, the lost wedding tape debacle has lost her some precious viewing hours.

‘I still haven’t watched my Sopranos.’

Premarket stocks: Richard Branson made it to space. Investors are thrilled