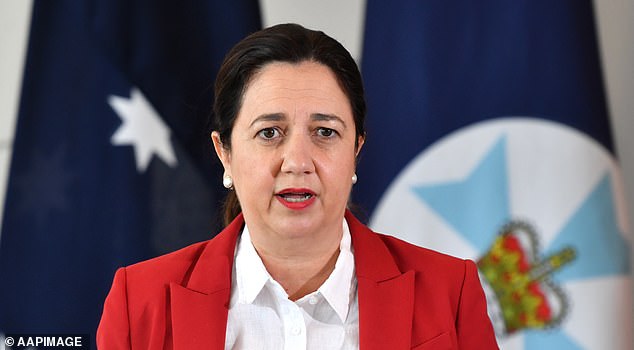 Brisbane crowned ‘preferred city’ to host the 2032 Olympics bringing the games to Australia for a third time – beating out stiff competition from Spain, India and Qatar

Brisbane is one step closer to host the 2032 Olympics after being listed as the ‘preferred city.’

The International Olympic Committee has listed the Queensland capital as the frontrunner to host the Games in 11 years time.

‘This decision is not a decision against anybody,’ IOC president Thomas Bach said.

‘This is just a decision in favor of one interested party at this moment in time.’

Brisbane has been listed as the frontrunner to host the 2032 Olympic. Pictured is Queensland Premier Annastacia Palaszczuk

‘It’s another step on the process of securing the Games for Queensland and for Australia,’  he told the Today show on Thursday.

But the race is not over yet. You don’t declare victory until you get to the finish line.’

‘You could say it is ours to lose. But most importantly it’s ours to win.

Messi leads Barcelona to beat Elche by three and is the only top scorer, “LaLiga” (video)