Brisbane possum named Floof lives in the roof of a house, whose owner pets her through a hole

A viral image that was believed to show a hairy ‘home intruder’ breaking through a ceiling is actually the foot of a brushtail possum named Floof – and it has struck up an unlikely friendship with the woman who lives in the house.

Tea designer Sabrina Raven cohabitates with Floof, who lives between her flat on the bottom storey and her parents flat on the top storey of their Springwood home, 20 minutes southeast of Brisbane, Queensland.

Floof chewed a hole in the bathroom ceiling a year ago and often pokes her fur through the gap, which Ms Raven uses to pet the animal.

Recently Floof poked her clawed foot through the roof, which prompted Ms Raven to take a photo and post it to the ‘Crap Wildlife Photography’ Facebook group.

The post was a success with 27,000 likes and now Ms Raven has created a dedicated online page to her furry friend called Floof The Possum. 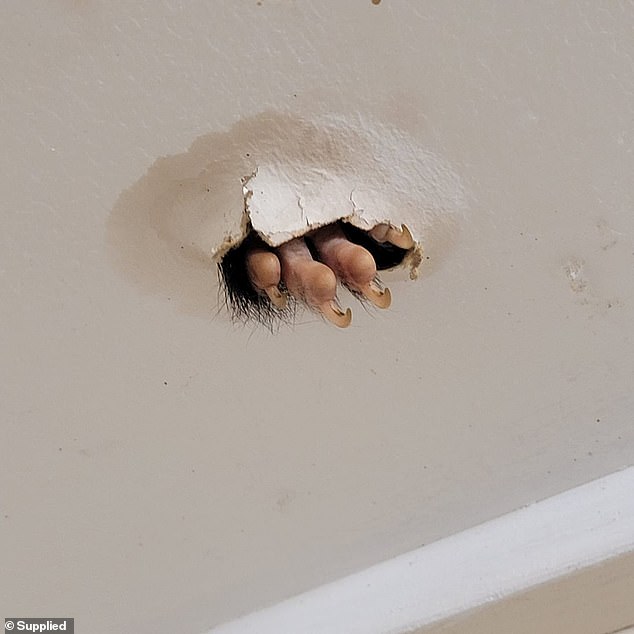 Floof the possum’s foot pokes through a hole in the bathroom ceiling. Sabrina Raven cohabitates with Floof, who lives between her flat on the bottom storey and her parents flat on the top storey of their Springwood home in the city of Logan, Queensland

Ms Raven said ‘We (her and Floof) co-habitate well’.

‘She’s cute and the quietest of the possums so I don’t mind. And she let’s me pat her fluff through the hole,’ she told Daily Mail Australia.

‘She gets a safe place to sleep and I get to pat her most days – it’s a happy friendship.’

The animal lover said Floof has been living between her and her parent’s flats for ‘at least a year’ as that is when she ‘ate the hole in the ceiling’.

‘There’s a small crawlspace for ventilation, I assume, in my bathroom,’ she said.

‘She comes in to sleep during the day, leaves at night.’

Ms Raven is not sure if she has ever fully seen Floof but she often sees six possums hanging around her home outside. 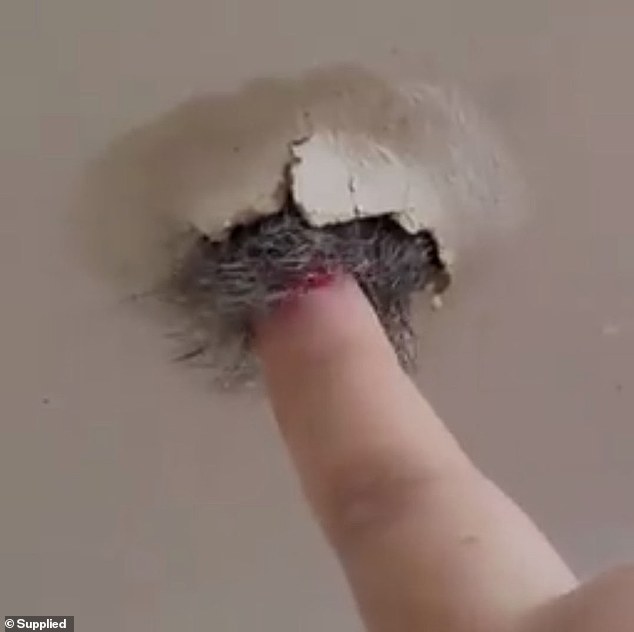 Ms Raven often pets Floof’s fur when it pokes through the ceiling. She said they ‘cohabitate well’ and described their relationship as a ‘happy friendship’ 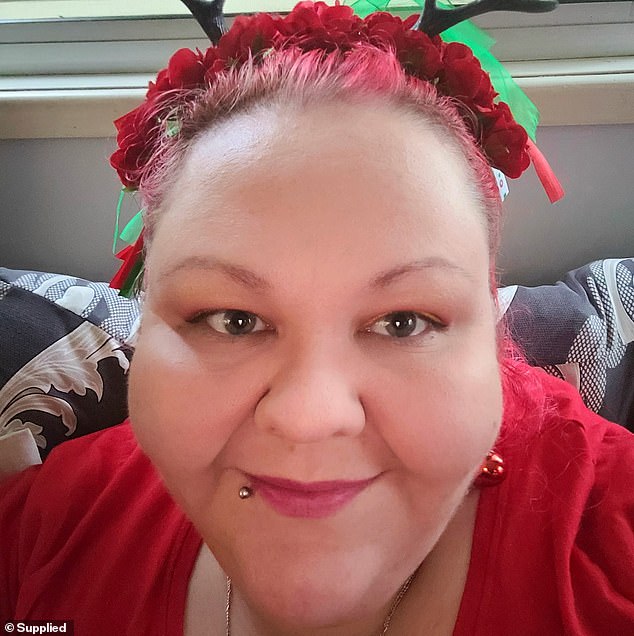 Ms Raven is happy to live with Floof for now. But she plans to replace the ceiling panel, find Floof’s access point and eventually coax the animal out to live in an outdoor nesting box

She has caught glimpses of Floof’s face, tail, fur and foot through the hole and used to feed her before letting the animal fend for herself.

Would you let a possum live above your ceiling?

‘She’s (Floof is) self sufficient. I used to leave some apple out but word spread and we had about 20 possums arrive and they’d fight,’ Ms Raven said.

Although Floof is well-behaved for the most part, she has made a urine stain on the bathroom ceiling next to the hole.

‘It is but its only a little bit for now and its an inevitable thing with wildlife. Its only a recent stain so hopefully its not too bad up there,’ she said.

Ms Raven plans to replace the ceiling panel, find Floof’s access point and eventually coax the animal out to live in an outdoor nesting box.

‘To be honest, until we find how she’s getting in we can’t stop her,’ she said.

‘Catch and release laws mean she will go right back if we trap her, which will just stress her.

‘So yeah, she can stay. We are planning on reinforcing that section of ceiling in the meantime as I’d rather she not have free run of my place.’ 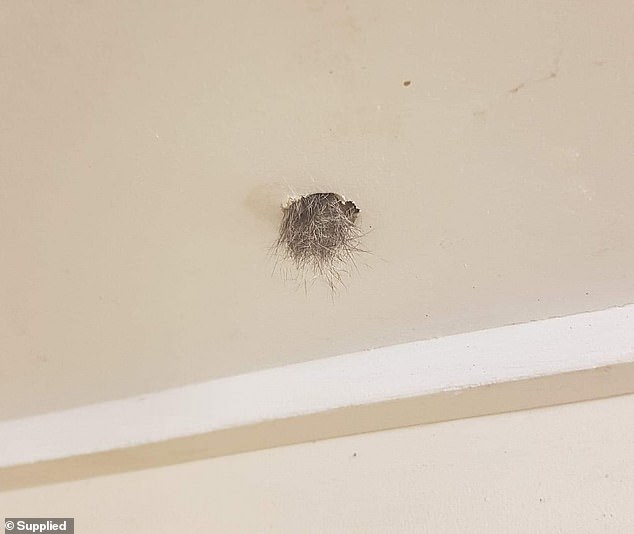 Floof’s fur poking through the ceiling hole. Ms Raven’s mother jokingly calls Floof a ‘the fluffy c**t’ and lives with Ms Raven’s stepfather above the animal – but they have mixed feelings about the furry flatmate

Ms Raven’s mother lives with Ms Raven’s stepfather above the animal – but they have mixed feelings about the furry flatmate.

‘She’s (the mother) not impressed with the house destruction but its in good fun. She thinks Floof is cute too,’ she said.

‘My step dad is not a fan. But everyone softens when they see her.

‘Once, I saw her little face poke out and then quickly disappear. They have adorable little faces.’

Brushtail possums often take up residence in people’s roofs and above ceilings.

The animals are found throughout the eastern and northern parts of Australia, as well as some western regions, Tasmania and a number of offshore islands.

They can thrive in rural and urban environments as they are determined foragers with a liking for fruit trees, vegetable gardens, and kitchen raids. 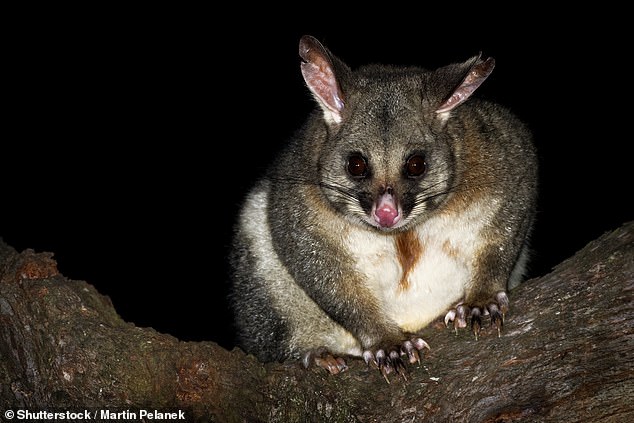 A common brushtail possum sitting on a tree. They often take up residence in people’s roofs and above ceilings