Britain records the highest daily Corona death toll since the start of the epidemic, with 41,385 cases 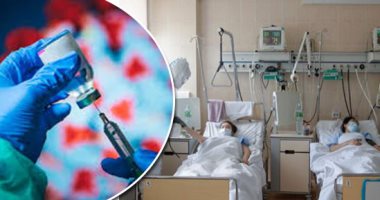 Britain has announced the highest daily death toll from the new Corona virus since the start of the epidemic, at 41,385 new infections during the past 24 hours, according to an urgent news broadcast by Al Arabiya a short while ago.

Earlier, the Russian authorities announced, today, Monday, the extension of the suspension of air travel with Britain due to the discovery of the new strain of Corona virus until the 12th of next January, according to the Russian website today, which indicated that the anti-Corona virus operations center in Russia has taken A decision to extend the suspension of air traffic with Britain until January 12, with the aim of preventing the arrival of the new breed on Russian soil.

Macron: We support the Brexit deal