The family of Britain’s oldest person have today paid tribute to her following her death aged 112.

Joan Hocquard, who was born during the reign of the queen’s great-grandfather Edward VII in 1908, passed away yesterday at a care home in Poole, Dorset.

Her nephew Paul Reynolds, 74, said Joan believed there was no secret to a long life and enjoyed ‘lashings of butter and cream and she scoffed at idea of dieting’.

Mr Reynolds a former BBC journalist, said: ‘Joan Hocquard was a remarkably resilient person and lived her long life taking everything in her stride.

‘She was born into a well-off family which had a law firm in the City of London.

‘Her father was in the Colonial Service and Joan spent some of her childhood in Kisumu in Kenya where he was in charge of shipping on the Great Lakes before and during the First World War. 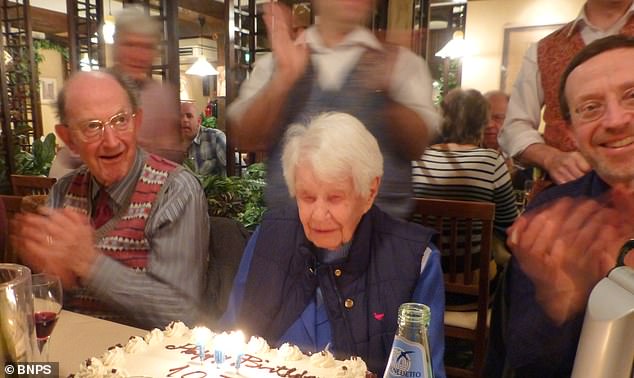 ‘There was no secret to her long life. Indeed, she broke most of the modern dietary rules with relish.

‘She worked in a French hotel near Geneva for some years in the 1930s and learned how to cook the French way which for her was the only way – lashings of butter and cream which she loved until her final days.

‘She was tremendously hospitable and loved cooking for guests and taking them out to restaurants. If you stayed overnight with her, she wanted you to stay for two nights and if for two then a week.

Joan drove ambulances in London during World War Two before she and husband Gilbert moved down to the south coast near Eastbourne.

They travelled across the continent in a camper van and went on yachting holidays.

‘She persuaded the coastguards to let her use the beach near Beachy Head on condition she was away before soldiers, who swum with no clothes on, arrived at four o’clock,’ recalled Mr Reynolds. 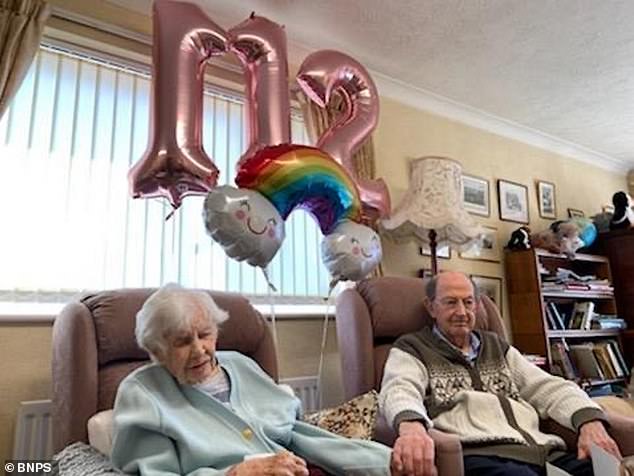 Her nephew Paul Reynolds, 74, a former BBC journalist, said: ‘Joan Hocquard was a remarkably resilient person and lived her long life taking everything in her stride’

‘She served US servicemen tea and cakes at a nearby camp and was surprised one day when a GI gave her a five-pound note for a 5 penny cup of tea.

‘She and her husband had 40 foot yacht which they sailed from Beaulieu in Hampshire around the coast and to France.

But after years of happy marriage, Joan was left widowed when Gilbert died in 1981.

Later that decade, she met widower Kenneth Bedford, who was 20 years her junior, at the Bournemouth Gramophone Society, and they moved to Poole together.

The oldest living Briton is now believed to be Lilian Priest, from Swanage, Dorset, who is 111 years old.