By Stephen Davies For The Mail On Sunday

Tao Geoghegan Hart can become the new superstar of British cycling by completing an incredible fairytale win at the Giro d’Italia on Sunday.

The 25-year-old, who entered the three-week race to assist Ineos Grenadiers’ stricken leader Geraint Thomas, finds himself tied for the lead going into the final time trial.

Having out-performed Jai Hindley, the man he shares top spot with, by more than a minute in the previous time trial, the Londoner is now the overwhelming favourite to become the latest and arguably most unlikely British winner of a grand tour. 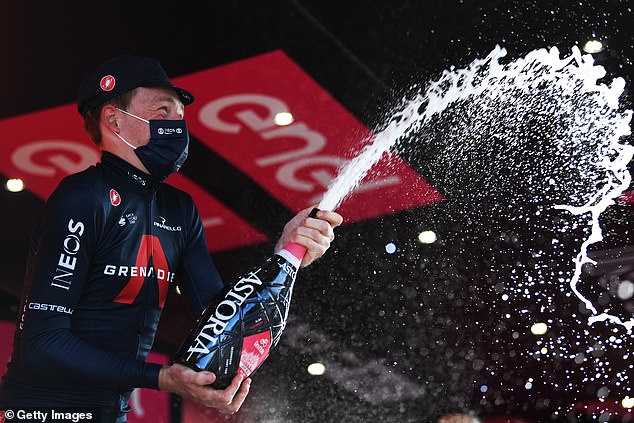 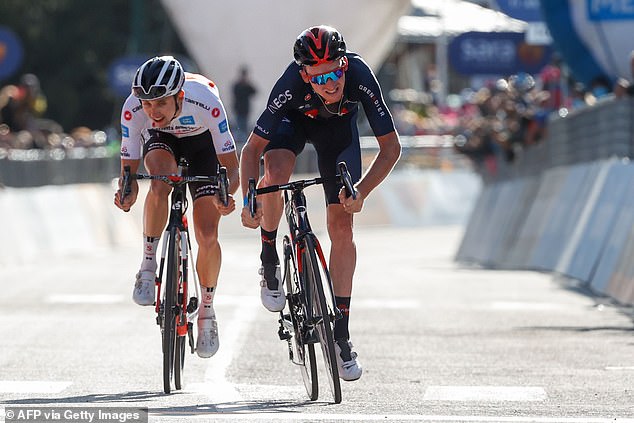 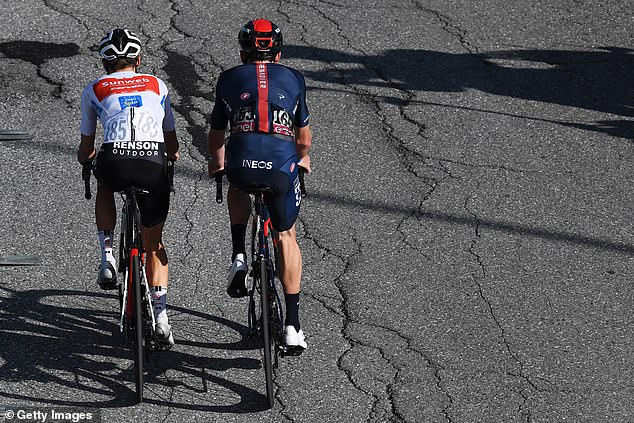 ‘I’m very happy for myself, for my team and for the Giro — today was a beautiful day,’ said Geoghegan Hart, who is seeking to emulate the 2018 triumph of Chris Froome, the only previous British winner of the race.

It would be an amazing achievement from a rider who hinted at a bright future with his 20th place finish at last year’s Vuelta, but no one predicted then that he would be on the verge of making Grand Tour history a year later.

His prospects changed on stage three when Ineos Grenadiers’ team leader Thomas, the 2018 Tour de France winner, was forced to quit the race after a crash. 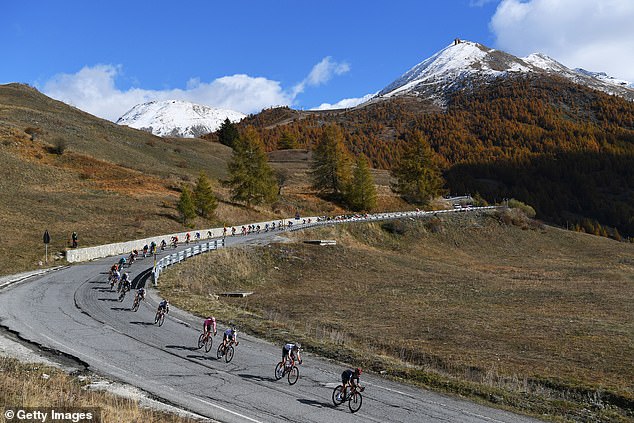 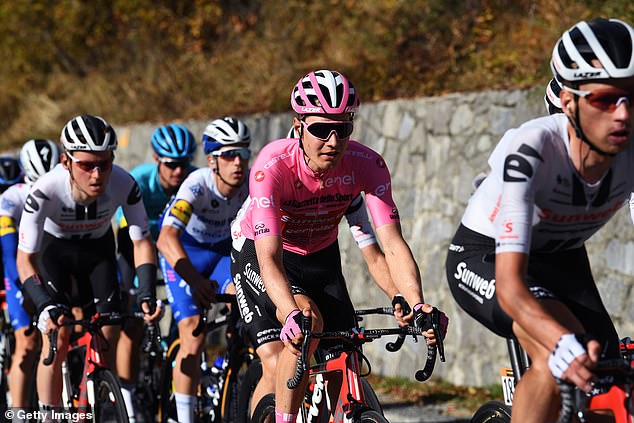 Race leader Wilco Kelderman was distanced on the climb, falling out of contention to win

And then last Sunday, when Geoghegan Hart won the brutal mountainous stage into Piancavallo in the Dolomites, he became a contender, moving up to fourth place in the rankings.

On Saturday he was pulled along by his team-mate Rohan Dennis, who had worked relentlessly to split the leading contenders, and repelled a series of attacks by Hindley before bursting over the line to claim the crucial 10-second winner’s bonus.

Now, after a picture-perfect week’s racing and looking the coolest man in the saddle, he finds himself on the same time as Australian Hindley, and the form book suggests it’s the Briton who will be much the stronger of the two on today’s 17.5km effort from Cernusco sul Naviglio to Milan.

Geoghegan Hart said: ‘The route is short, I hope to have a good day and a bit of luck.’