Britain’s youngest terrorist can be freed from prison


Britain’s youngest convicted terrorist who planned to behead police officers at an Anzac Day parade can be freed from jail, a parole board has ruled.

The terrorist, who can be identified only as ‘RXG’, was just 14 when he told Sevdet Besim, 18, to carry out the massacre at the parade in Melbourne.

He exchanged more than 3,000 encrypted mobile app messages with Besim after he became swiftly radicalised by online Islamic State propaganda.

They also discussed packing a kangaroo with explosives, painting it with an Islamic State symbol and setting it loose on police officers.

The teenager, from Blackburn in Lancashire, was jailed for life at Manchester Crown Court in October 2015 after he admitted inciting terrorism overseas.

He is among a group of child offenders, including the killers of the toddler James Bulger, to be granted lifelong anonymity by the High Court.

Today the Parole Board said RXG, who is now 20, was, ‘suitable for release’. 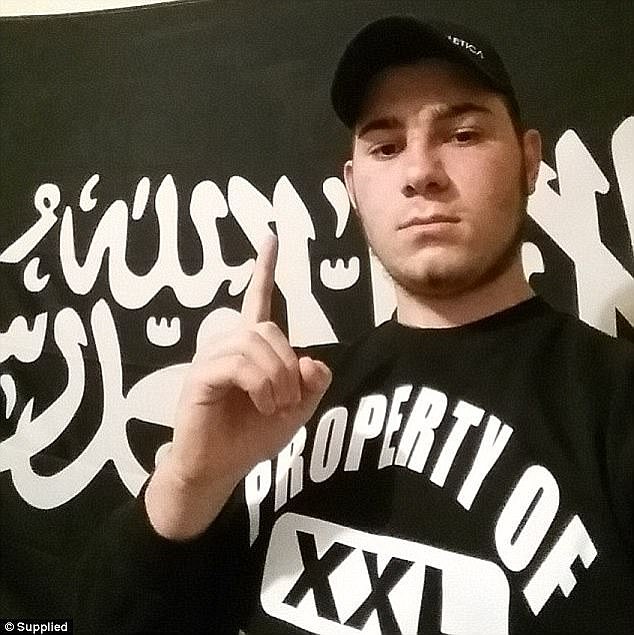 The boy, referred to as only RXG during the case because of his age, exchanged more than 3,000 encrypted mobile app messages with Sevdet Besim 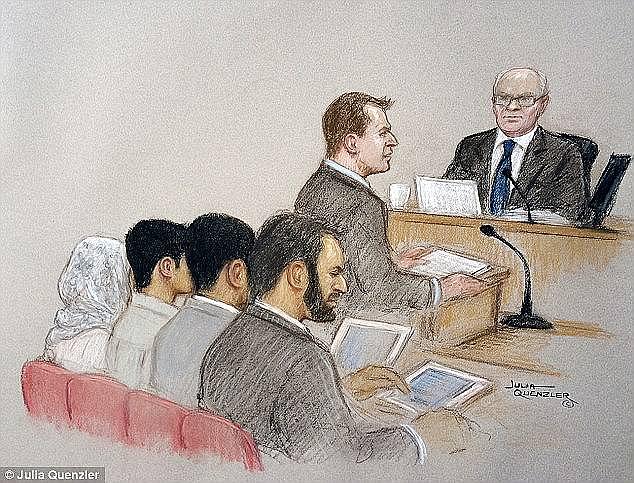 Britain’s youngest convicted terrorist who plotted to behead police officers, pictured in a court sketch with his family, is now set to be released

In a document detailing the decision, the Parole Board said: ‘After considering the circumstances of his offending, the progress made while in detention, and the evidence presented at the hearings, the panel was satisfied that RXG was suitable for release.’

At the age of just 14, the teenager took on the role of ‘organiser and adviser’ and suggested beheading or using a car to kill officers.

He was recruited online by ISIS propagandist Abu Khaled al-Cambodi.

Over nine days in 2015, he sent thousands of messages to 18-year-old Sevdet Besim, instructing him to kill police officers at the remembrance parade in Melbourne.

The teenager, who was moved to a school for troubled children, was nicknamed ‘The Terrorist’ by classmates and showed pupils footage of beheadings on his phone.

He also made a list of four teachers he wanted to behead, and told one teacher he would, ‘cut his throat and watch him bleed to death’.

Aged 13, he told fellow pupils that Osama bin Laden was his ‘hero’ and that he wanted to die fighting as a martyr.

RXG amassed some 24,000 followers and was on the radar of security services for around a year before his arrest.

When officers raided his family’s home in Lancashire they found a combat knife and an ISIS flag.

He had used his phone to search for ‘martyrdom operations’ and explosives and identified potential targets including Blackburn Cathedral and the offices of BAE Systems.

Australian police were alerted to the plot after British officers discovered material on the teenager’s phone.

Besim was jailed for 10 years with a seven-and-a-half year minimum in 2016, but in 2017 was re-sentenced to 14 years, with a minimum 10 years and six months because his sentence did not match community expectations.

An assessment carried out in mid-2018 by forensic psychologist Dr Louise Bowers stated: ‘RXG appears to have left his ‘terrorist identity’ behind and he is well on the way to developing a new stable and pro-social identity.’

Despite turning 18 two years ago, he is currently in a young offenders institution, and he was diagnosed as autistic after his conviction.

A ban on identifying him made at the time he was sentenced would normally expire upon his 18th birthday.

But he was granted lifelong anonymity in a High Court ruling in 2019 when a judge accepted fears the teenager could become a ‘poster boy’ for IS and be at risk of ‘re-radicalisation’ and that he and his relatives could face reprisals.

Only a handful of lifelong anonymity orders have been made, including those granted to Jon Venables and Robert Thompson, who murdered Liverpool toddler James Bulger.

Other people given lifelong anonymity include the Edlington brothers, two boys aged 10 and 11 who attacked and tortured two other boys by whipping them with sticks and covering them in plastic before setting them alight. They were released after six years in prison.

Mary Bell, who strangled four-year-old Martin Brown and Brian Howe, three, when she was just ten years old, also has anonymity. She was released aged 23 in 1980.

RXG is likely to be heavily monitored and will face tough restrictions – such as being banned from using the internet.