The Lions will play for just the third time on home soil against Japan next summer in a money-spinning warm-up Test at Murrayfield ahead of their tour to South Africa.

Next year’s Premiership finalists will not be able to play as the game will be played on the same day as the English league’s showpiece – on June 26, 2021.

But the Welsh, Irish, Scots and Saracens picked will be able to take to the field days before the Lions fly to South Africa. 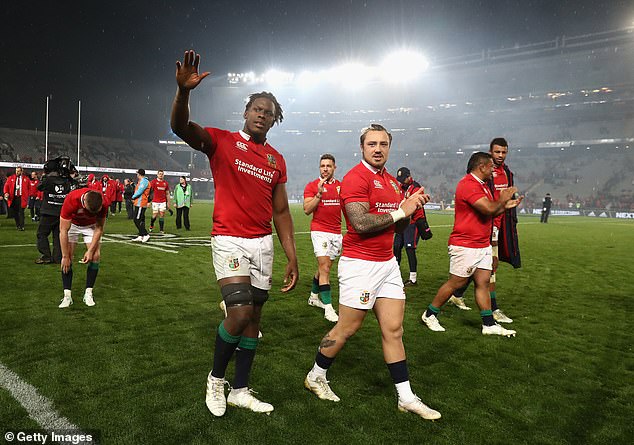 While it will prove vital preparation for the shortened eight-match tour, if fans are allowed in Edinburgh the game could make the famous touring side more than £10m, which would go towards tour costs.

As Sportsmail has previously reported Japan have been lined up for some time, but on Wednesday the match-up has been confirmed.

It will be just the third time the Lions have played at home, following Cardiff matches in 2005 against Argentina and the Rest of the World in 1986.

‘One of our objectives is to give Warren and the playing squad as much meaningful preparation as possible before departing on Tour, so we are delighted to have agreed this fixture,’ said Ben Calveley, Lions Managing Director. 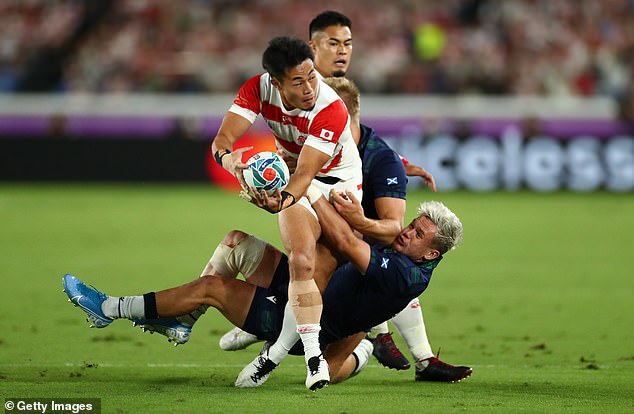 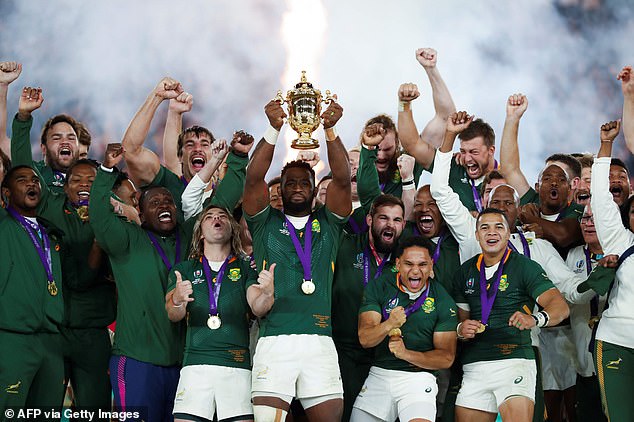 ‘A Lions Test is one of the most iconic events in world sport, but a huge number of fans from the Home Nations never get the chance to see one live.

‘It will be an “I was there” moment, against an entertaining and highly-respected opposition.’

Shigetaka Mori, President of the Japan Rugby Football Union, said: ‘It is a great honour for us to be able to play a Test match against the British & Irish Lions.

‘I hope that many rugby fans from around the world will witness the historic match between the Lions and Japan and enjoy the brand of rugby to be showcased by each side.’

Lions boss Warren Gatland added: ‘We saw Japan play some excellent rugby during the World Cup and they will come to Edinburgh fully-motivated to win.

‘They are a talented side who play high-tempo rugby, so it’ll be a good challenge for us ahead of the Tour, and a chance for the match day squad to put their hands up for Test selection.’ 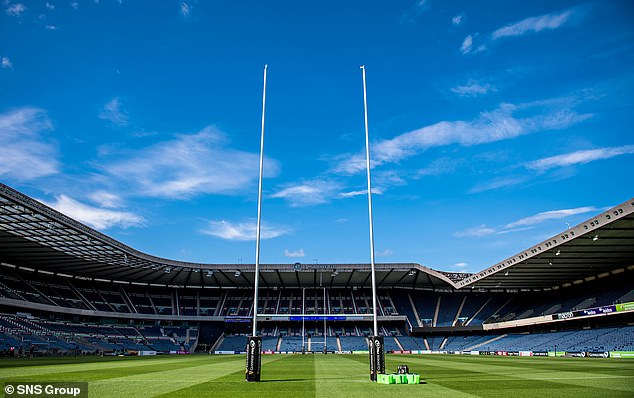 The game, which could be worth £10m, will be held at Murrayfield in Edinburgh next summer

Japan Head Coach, Jamie Joseph, is also relishing the prospect of the fixture.

‘We are very much looking forward to playing a Test against the Lions next year,’ he said.

‘It is truly a once-in-a-lifetime opportunity for our players, and we can’t wait for it to come.’

Tickets for the match will go on pre-sale on November 3 with supporters able to register their interest at lionsrugby.com/Vodafone-1888-Cup from Wednesday.