British barmaid in Magaluf, 23, hanged herself because she was ‘exhausted’ by anxiety, inquest hears


A British barmaid working in the Spanish party resort of Magaluf took her own life after she wrote a heartbreaking suicide note detailing how she was too ‘exhausted’ to carry on living, an inquest heard.

Danielle Finlay Brookes, 23, had called herself a ‘Queen building her own empire’ on social media and to friends appeared to be enjoying a contented, dream lifestyle.

But on May 18 last year after arranging a spa-type treat with her mother to celebrate her 24th birthday, Danielle hanged herself in her room near Magaluf’s Punta Ballena strip.

Her body was found by a friend who had access to a key. It emerged she had a long history of anxiety and had previously taken an overdose.

A note from Danielle telling of her torment was found inside the flat. It read: ‘ ‘I wanted to believe that I could fix this but I cannot.

‘I feel alone all the time and I am exhausted. I am not strong enough to do this on my own. I love you all, do not ever forget that.’ 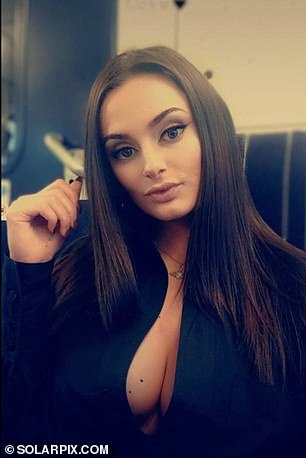 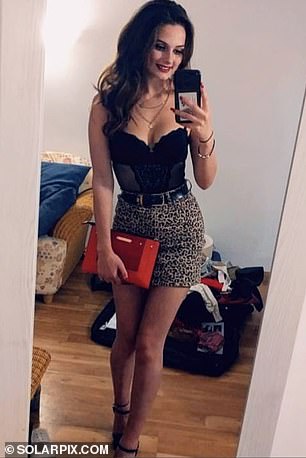 Danielle Finlay Brookes, a British expat who had been living and working in Magaluf for a number of years, was found dead at her apartment in the Spanish party resort last year 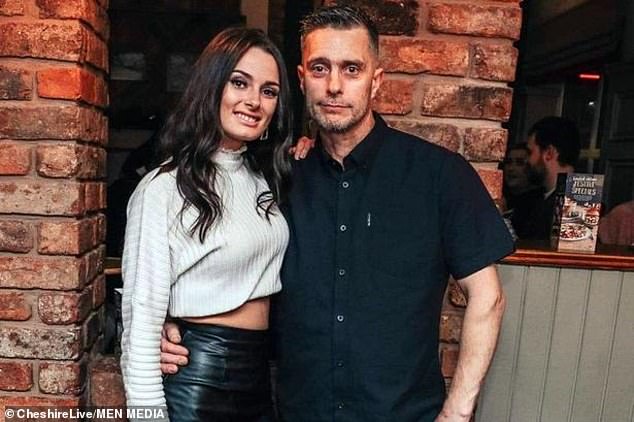 Pictured: Danielle Brookes with her father Michael who said she will always be his ‘baby girl’

Danielle, from Crewe, had worked as a seasonal barmaid in Magaluf for several years and it is thought she worked at the Three Lions Karaoke bar.

She aspired to be an actress while still in the UK, and appeared as an extra in BBC’s Citizen Khan in 2014.

Her mother Mandy Brookes told the Warrington hearing: ‘She had a diagnosis of anxiety and had attempted an overdose seven years ago and suffered with low moods.

‘However in the immediate period prior to her death, she presented as being content and happy.

‘There was no indication of suffering from low moods and in fact she was making future plans for her birthday.

‘On Sunday, May 17, she was sending pictures to her stepmum Lisa via WhatsApp whilst out drinking with her friends. 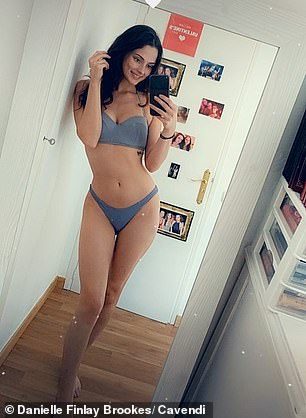 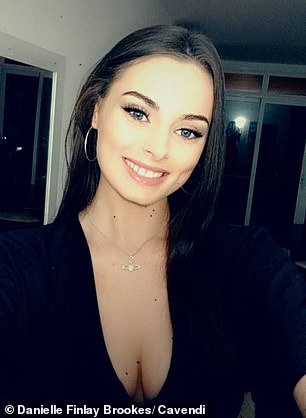 ‘She sent Lisa a video of her in a bar with her friends and at 11pm I sent her a WhatsApp saying “I cannot wait for our girly hot tub date”. She sent a message back saying “me too” with kisses.’

The hearing was told there an argument between Danielle and her friends later that evening but no other details were given.

An inquiry report about her death which was compiled by the Spanish authorities said: ‘At 9.30pm on May 19, 2020, we were made aware from the Civil Guardia that a body had been found and death could be as a result of suicide – the method used being hanging.

‘Agents attended the scene and reported that a woman was found hanging inside her home.

‘No crime appears to have been committed. The premises were in perfect condition. There were no signs of violence or foul play.’

The hearing was told Danielle had 117 micrograms of alcohol per 100 millilitres of blood in her system.

The alcohol limit in blood for driving is 80mg. No traces of drugs were found in her blood.

Coroner’s officer Steven Richardson of Cheshire Police said: ‘From the way she was found, it appears she wanted to end her own life.

‘Her family do not think her death was suspicious. It was clear she wanted to end her life. They said they wish she would have reached out for help.’ 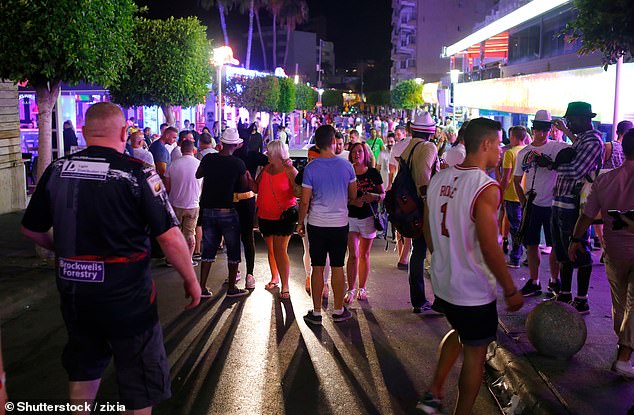 Recording a conclusion of suicide, coroner Claire Welch said: ‘The background given to me about the period before her death shows there were no signs she was planning to do what she did.

‘There had been plans for her birthday and a hot tub, there were no signs of low mood.

‘Danielle had attempted an overdose seven years ago, and the family were made aware of her suicidal thoughts.

‘Sadly it seems to me she was making her intentions clear, as she was apologising for what she did in her note.

‘It suggests to me an element of forward planning and unfortunately, it is likely it was her intention to end her life.’

She told the family: ‘These are impossible circumstances for all of you. Any suicide is tragic, but she was on foreign soil, which must have made it even harder for you.

‘I am sure this whole process has been incredibly traumatic for all of you.. I give you all my condolences.

‘I hope the fact that this process has now concluded means you can move forward with the grief you are going through. I wish you all the very best for the future.’

Well-wishers donated £5,000 towards a GoFundMe appeal set up to raise money towards repatriation and funeral costs.

At the time one of the two UK expats who set up the fundraising site, Meghan Tattersall, said in a Facebook tribute: ‘Your are my best friend and my angel high in the sky. I’m truly heartbroken.

‘I’m so proud to be able to spend everyday with you. Fly high my princess. RIP to my girl I’m so proud of. I love you.’

Another friend, Jay Burton said: ‘You were the life of the party everywhere you were. Hope you rest in peace. Magaluf won’t be the same without you.

‘Sending all my love to everyone else who is struggling through this tough time. Being stuck indoors, with your mind doing somersaults, thinking you’re not good enough, with the biggest challenge of the day being putting a smile on your face.

‘Thinking no-one would care if you just didn’t wake up the next day. Today seeing all the support from the Maga family after losing an amazing girl who cared for everyone, makes me realise how life is too short and many people actually do care.

‘To all my friends and family, please check on those you haven’t heard from in a while.’

Danielle’s father Michael said: ‘I’d just like to say a huge thank you to everyone that helped Danielle enjoy her last few years.

‘She loved Maga and everyone who drank in her bar. Thank you. Absolutely heartbroken. She will always be my baby girl.’

‘Fit and healthy’ man, 55, dies of a blood clot after receiving a Covid-19 vaccine

Key Levels to Watch with the FOMC Statement in Focus

Key Levels to Watch with the FOMC Statement in Focus