British man, 71, is ‘murdered’ in South Africa: Grandfather’s body is identified by his teeth months after his burned remains were found dumped in grassland 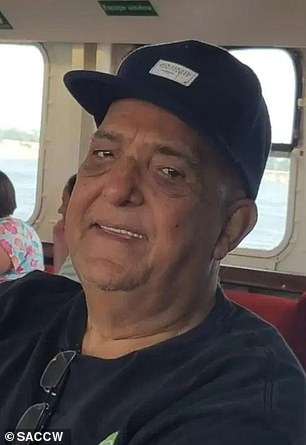 A British man has been found dead in South Africa, with his body burned beyond recognition after a suspected murder.

The body of 71-year-old Jamnadas Harkant Nathvani was discovered in March but lay in a morgue for six months before police were finally able to identify him by his teeth last month.

Mr Nathvani, a grandfather of two who was known to friends as Harry and remembered by relatives as a ‘gentle giant’, had last been seen in the flesh on February 22 and his last known contact with his family was on March 6.

His alleged killer, Zaheera Boomgaard, was arrested two weeks ago and is due to appear in court for a bail hearing tomorrow, according to The Post.

Mr Nathvani’s family said he was travelling in South Africa to ‘relive happy childhood memories’, having spent time in the country when he was little.

‘It was his wish to visit [South Africa] one last time to relive happy childhood memories and create new lasting ones,’ they said in a statement given to The Sun.

‘It is sad that such a gentle giant whose heart lay with all else would succumb to such a sad fate in South Africa.’

Police said Mr Nathvani had been planning to visit a female friend in the city of Newcastle, KwaZulu-Natal, where local detectives took up the case.

The 71-year-old had been seen boarding a bus from Newcastle to Johannesburg Park Station on February 22, the last time he was sighted in person.

His family’s last contact with him was on March 6, and it is now thought he died that month and that his body was left lying in grassland in Gauteng.

The body was picked up later in March but it lay in the morgue for months because it was so badly burned that it could not be identified. 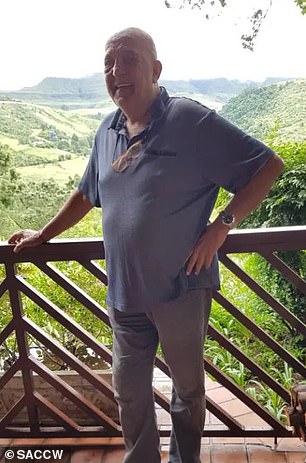 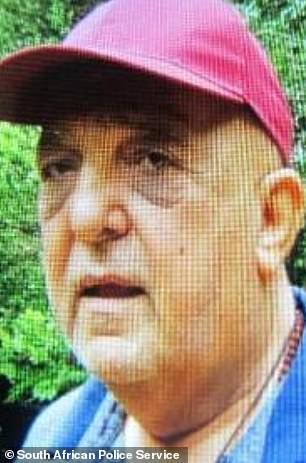 Mr Nathvani, a grandfather of two who was known to friends as Harry and remembered by relatives as a ‘gentle giant’, had last been seen in the flesh on February 22

The family also sought help from a missing person’s charity, but their search was hampered by coronavirus-related travel restrictions.

Finally, in September, authorities confirmed the body belonged to Mr Nathvani after matching it to his dental records and his family’s DNA.

On October 9, the suspect Zaheera Boomgaard was arrested and kept in custody pending the bail hearing which is due tomorrow.

The prosecutor’s office said Boomgaard faced charges of murder, kidnapping, theft and fraud. It was not clear whether she had entered a plea.