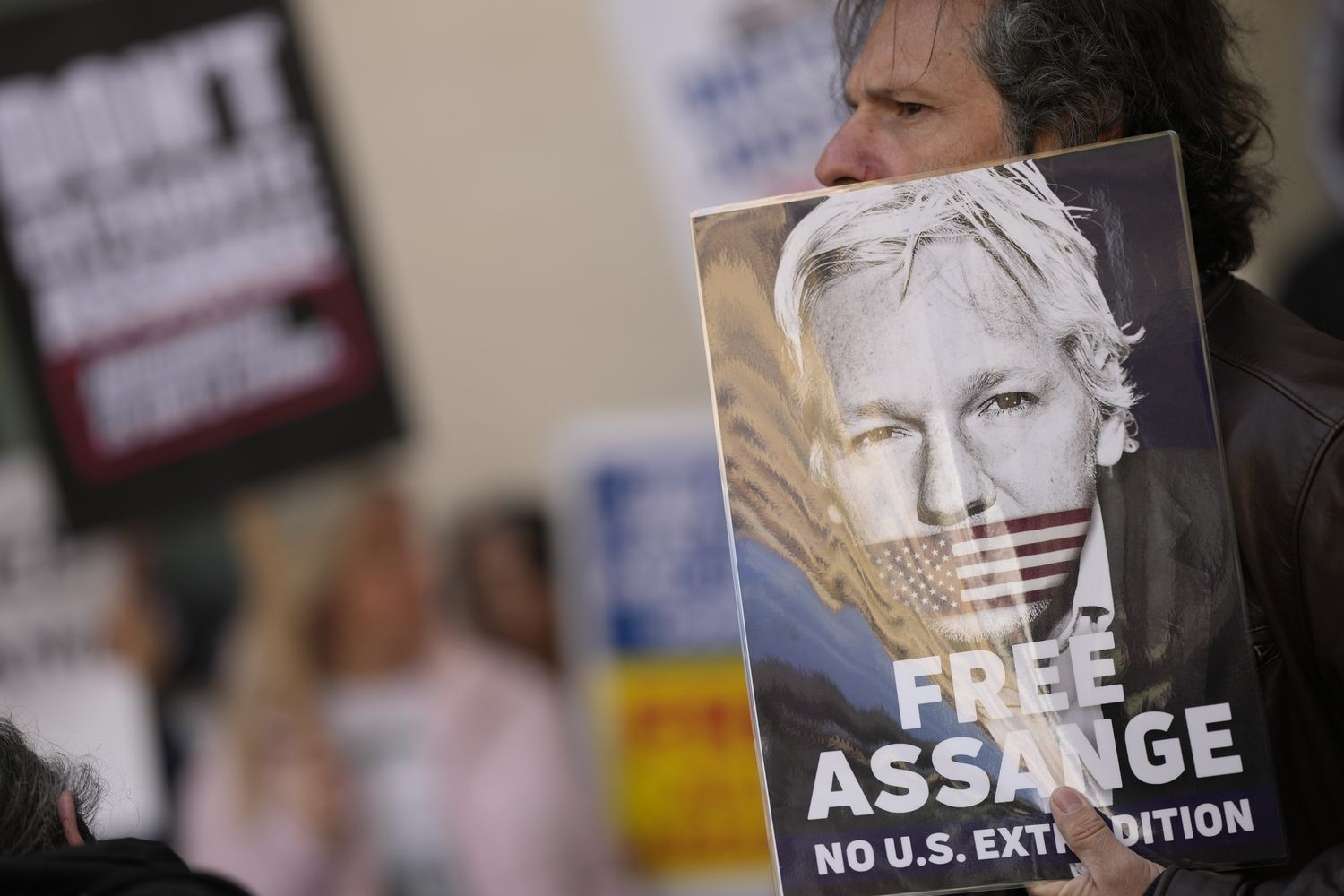 The future of Julian Assange, 50, is ultimately in the hands of British Home Secretary Priti Patel. Reputed to be one of the hawks (conservative line) of the Government of Boris Johnson, Patel must make a decision within two months whether or not to extradite the co-founder of Wikileaks to the United States, who currently remains in the high-security London prison of Belmarsh. Assange’s lawyers have already announced their client’s decision to fight his possible surrender to the bitter end. “In plain and non-legal terms, I am obliged to send your case to the minister so that she can make the decision”, explained the most famous hacker of recent decades, present via videoconference, and his legal team, Judge Paul Goldspring, in one of the chambers of the Westminster Magistrates’ Court.

In mid-March, the Supreme Court already rejected the possibility that Assange could appeal. Her lawyers argued that the possible risk of suicide in an American prison was very high, but they failed to convince the magistrates of the high court. That last sentence cleared the way for her extradition, and that is why Judge Goldspring has limited himself to explaining that her hands were tied.

That ruling ended a judicial process that began on January 21, 2021, when Judge Vanesa Baraitser, of first instance, denied the delivery of the accused, considering that he presented a risk of suicide and that prison conditions in the US could exacerbate it.

Minister Patel can only exercise her prerogative to prohibit extradition in specific cases covered by the 2003 Extradition Law and always in accordance with the agreements with the requesting country, in this case, the United States. Patel’s eventual decision may be appealed by the parties – the American justice or Assange – but only if the Superior Court authorizes it.

Assange, who has used his teleappearance to send a message of affection to his wife – he has formed a heart with the fingers of his hands – will remain in preventive detention while the process continues. He and lawyer Stella Moris, 37, married by proxy last month, and have two children together, conceived during Assange’s seven years as a refugee in the Ecuadorian embassy in London.

If there were no recourse, the extradition would take place within 28 days of being authorized by the minister, according to the government website. Assange’s defense would still have the option of resorting to the European Court of Human Rights.

Assange is wanted in the United States on 18 criminal charges, including violating an espionage law, after WikiLeaks released thousands of secret US files in 2010. The WikiLeaks founder, who denies the allegations, has been in prison since 2019. Before that, he was locked up in the Ecuadorian Embassy in the British capital for seven years.

They report a shooting near the Peruvian embassy in the US.