British official: We rule out consensus on Brexit today … but the negotiations will not collapse 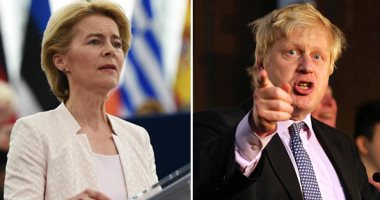 As envoys from both sides prepare to continue drafting details into the wee hours, Boris Johnson is also expected to speak again to Ursula von der Leyen of the European Commission despite persistent pessimism about the prospect of a deal..

British government sources have warned that the offer on the table from the European Union remains “unacceptable” for the United Kingdom, as the country teeters on the brink of a no-deal Brexit that is expected to cost jobs and raise food prices.

A government source said: “Talks are continuing overnight, but as things go on, the offer on the table from the European Union remains unacceptable.”.

“The prime minister will spare no effort in this process, but he is absolutely clear: any agreement must be fair and respect the basic position that the United Kingdom will be a sovereign country within three weeks.”. “

Sir Evan Rogers said to the program Sophy Ridge On Sunday On Sky News it is unlikely that an agreement will be reached between the two sides today.

But he added, “It’s a very different question of whether we’ll have it by the end of the year. I think there are opposing rifts today, but I’m not sure the talks will collapse today either.“

He added “Most of these Brexit deadlines over many years have been bypassed and I think this may be the latest, but we’ll see..“

Corona vaccine material benefit: This is what Pfizer and Moderna will generate in revenues in 2021

Signs your relationship is over: Wife reveals why she walked away from sexless marriage