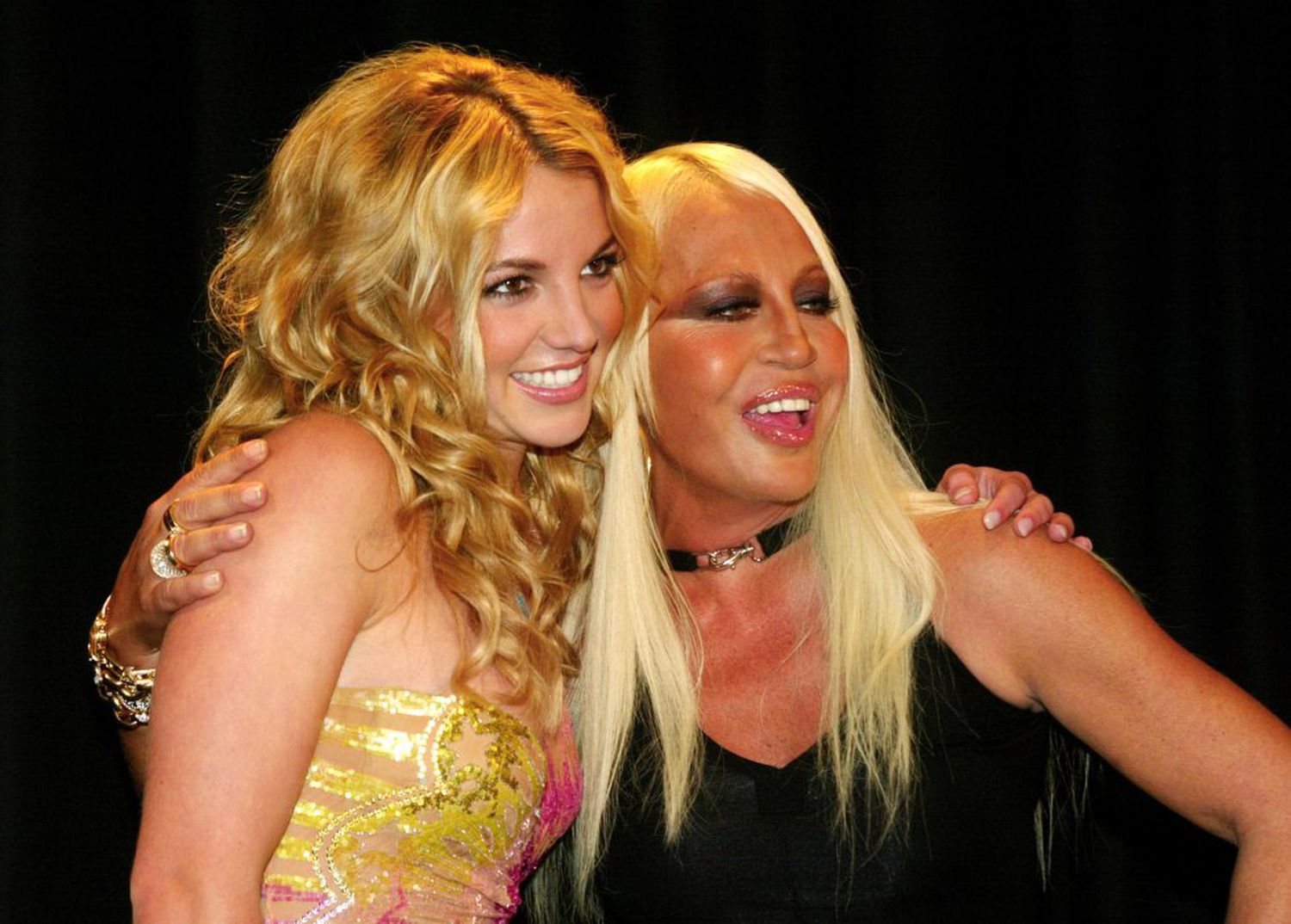 The friendship between Britney Spears and Donatella Versace, one a singer, the other a designer, has been forging for more than 20 years. During these two decades, both have supported each other, in public and in private. The singer has worn the Italian’s designs on tours, performances (like the one she did with Michael Jackson in 2001), red carpets (when she won three MTV awards in 2008) and in her private life, and has also attended some of their parades; For her part, the sister of the late Gianni Versace has always shown her affection for the artist and, in recent times, has widely supported her in her struggle to free herself from the guardianship imposed by her father, something that achieved last November.

Now, the relationship has taken another step and Donatella Versace has decided to visit Spears in person. The dressmaker has traveled to Los Angeles, California —where the Oscars will take place on Sunday; that is, where these days many professional commitments are concentrated— to go to the singer’s house, chat with her and meet her boyfriend for more than four years, Sam Asghari.

Spears has posted several photos of the meeting on her Instagram profile (with 40 million followers), which Versace has replicated on hers (with almost eight million others). “Look who’s come to visit. These two bad bitches are up to no good”, the interpreter has written along with icons of flowers and hearts. “It was fantastic to see you again,” replied the dressmaker. Although in the visit, beyond courtesy, she could underlie another matter. Because a couple of months after Britney announced her engagement to Asghari, on Instagram she brought out a pink tulle dress that some asked if it was her wedding dress. She denied it and was clear with the message: “Donatella Versace will make my wedding dress, just as we have spoken.”

Therefore, the visit could also be a first contact to start that design, among other reasons because the singer has made it very clear that she wants to get married as soon as possible after a long decade of deprivation of liberty. In fact, in the images that Spears has posted, she is seen with two different shirts, it can be seen that during Versace’s stay at her house she has changed her clothes. The 66-year-old dressmaker also poses in an image with her jacket and in another of her without it.

It was in mid-September when Britney Spears, still unable to finalize her legal guardianship, announced that she had gotten engaged to Sam Asghari. The singer, 40, and her personal trainer, 28, will try to go through the altar as soon as possible, among other reasons because she has assured that she wants to have a child with him; she explained it herself during a hearing before the judge, explaining that her father had forced her to insert an IUD to avoid pregnancy. This would be the first marriage for him and the third for him, who was married in 2004 and for just 55 years with a childhood friend, Jason Alexander, and between 2004 and 2007 with Kevin Federline, father of his two children, Sean Preston, 16, and Jayden James, 15.

The relationship between Donatella Versace and Britney Spears goes back a long way, and it had a turning point in 2002. Then the artist went to the Versace show in Milan, where she sat in the front row and wore a beaded dress in the colors of the italian house “I will never forget when you came and stayed with me, Britney, you were and always will be magical,” the creator wrote a few months ago remembering that moment.

NBA: The NBA Jaxson Hayes, denounced by his former partner for assault and injuries: “I dragged myself down a ladder”

NBA: The NBA Jaxson Hayes, denounced by his former partner for assault and injuries: "I dragged myself down a ladder"