‘On the fifth day of Christmas my true love gave to me… five days of quarantine!’: Britons react to news that allowing festive family get-togethers could trigger month-long ‘lockdown 3.0’ in January

England could face 25 days of extra restrictions for five days of festive freedom in which Britons can visit their loved ones, according to a health chief.

Jokesters took to Twitter to share memes about their apathy towards celebrating Christmas if it could result in a ‘lockdown 3.0′ during January.

It follows reports that families could be given a small window of opportunity to enjoy some of the festive season with their relatives under loosened restrictions.

Public Health England’s top doctor Susan Hopkins said yesterday she believes ‘it is possible’ — but warned that for every day measures are loosened, it will require five days of tighter restrictions to reverse the damage. 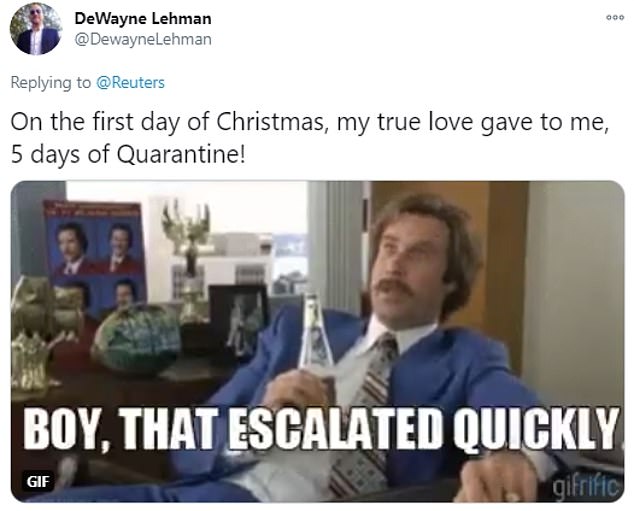 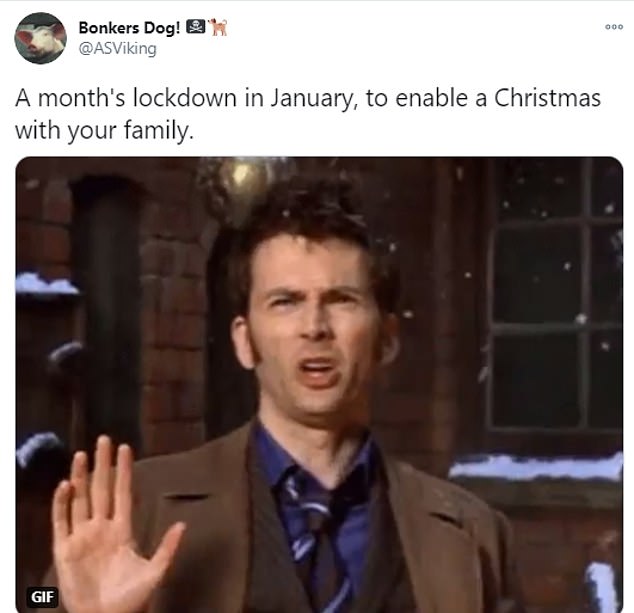 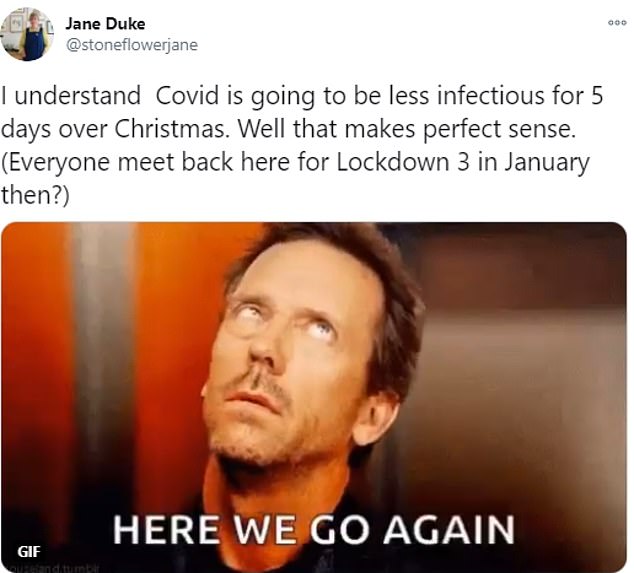 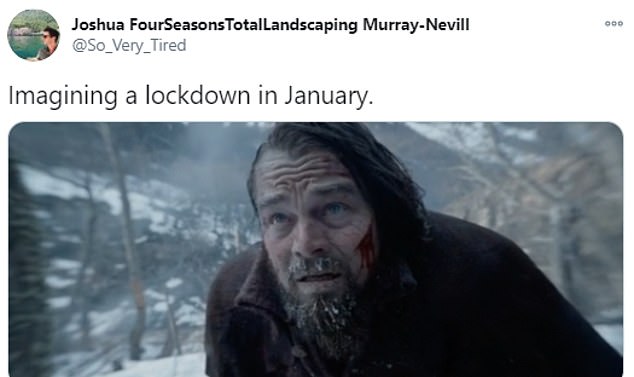 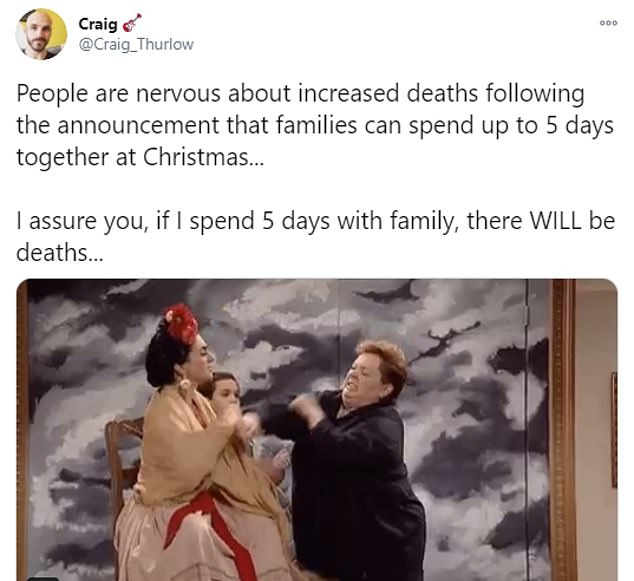 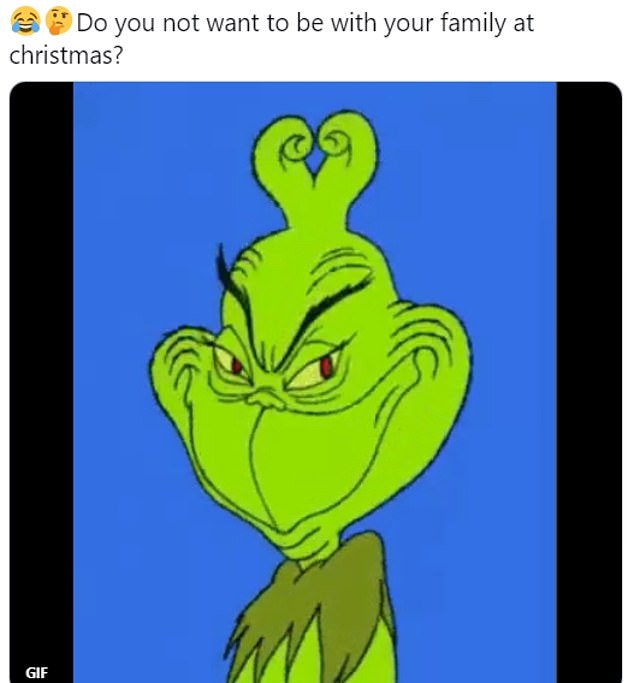 Jokesters took to Twitter to share memes about their apathy towards celebrating Christmas if it could result in a 25-day ‘lockdown 3.0’ during January

The plans could mean spending an extra 25 days in some form of lockdown and scrapping New Year celebrations if the PM’s Christmas proposals are given the go-ahead.

Dr Hopkins said the public need to make ‘every effort’ to keep coronavirus cases low in December in order to gather over the festive period.

However, one Tory MP warned it would be better for the Prime Minister to cancel Christmas and be branded the ‘Grinch’ rather than risk a spike in Covid-19 deaths that could paint him as the ‘Grim Reaper’.

They said: ‘He’s going to be blamed for it (a rise in deaths). It is always in mid to late January you get the NHS winter crisis.’

Referring to Number 10’s new guidance to keep windows open during winter to flush out lingering Covid, the MP said: ‘If the weather is cold people keep the windows shut. Granny always gets chilly.’

Yesterday Twitter was flooded with memes of despair as people geared themselves up for potentially staying inside again. 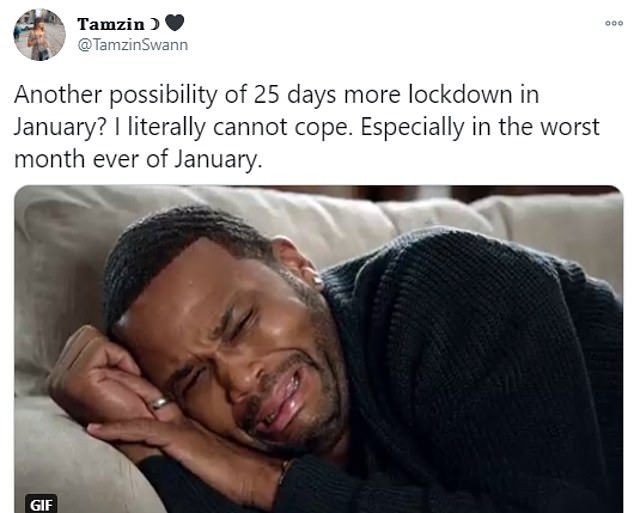 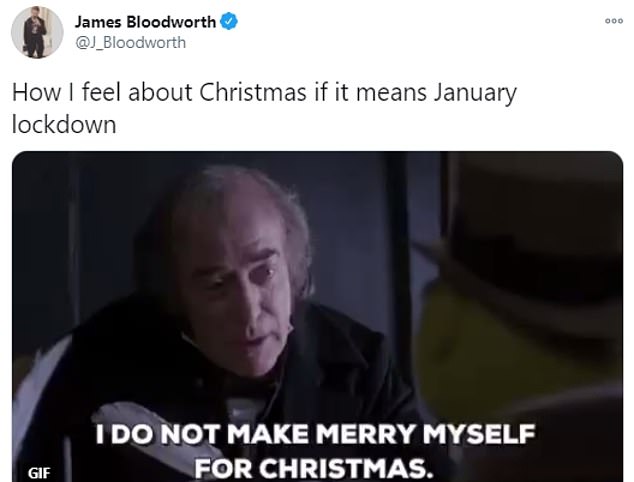 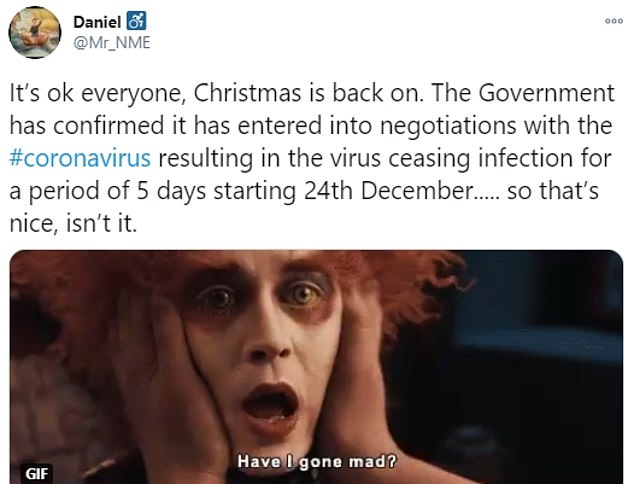 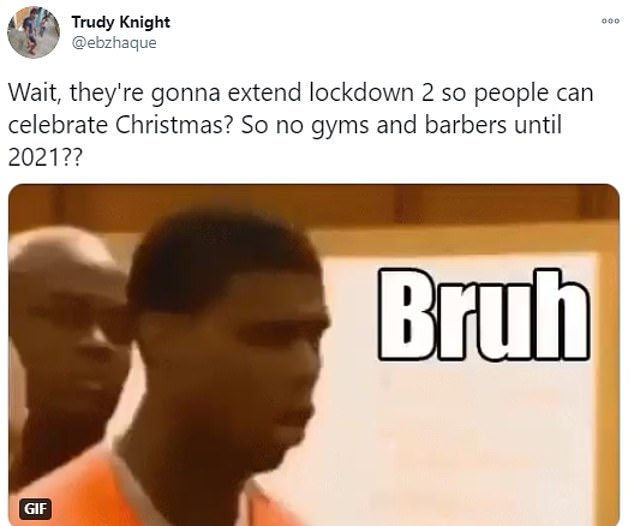 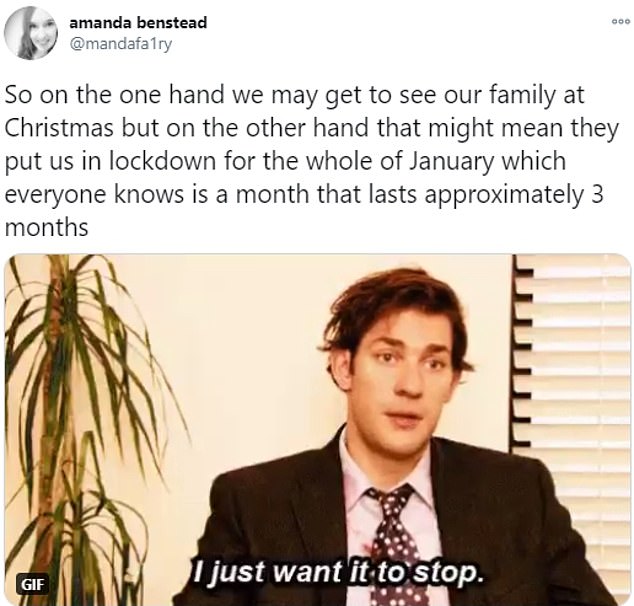 Under the proposals, reported in the Sun, households would be allowed to mix for up to five days, starting on Christmas Eve. The five day period has reportedly been chosen because Christmas Eve falls on a Thursday this year.

Government chiefs are also considering proposals which would allow family ‘bubbles’ of up to two or three households who will able to meet for Christmas, according to The Times.

It will mean many, but not all workers, will then have Christmas Day and Boxing Day off, followed by Sunday, December 27, and a planned Bank Holiday on Monday, December 28.

Ministers reportedly want to make the Christmas rules standard across England, Scotland, Wales and Northern Ireland – all of which have recently had varying levels of Covid restrictions in place.

Speaking at a Downing Street briefing, Dr Hopkins said: ‘We are very keen that we have a Christmas as close to normal as possible.

‘That requires all of us to make every effort over this national restriction period, and even in early December, to get the cases as low as possible and to reduce the risk of transmission within households and between families.

‘A final decision, of course, will rest with the Government and we look forward to hearing what those plans are.’

She told Wednesday’s conference: ‘We did send some advice in over the weekend. But we genuinely don’t know what decisions have been made.’