Sales of luxury quality chocolate and confectionery have soared as people comfort eat in what is known as the ‘Covid Confectionery Effect’ by producers of premium foods and hampers – who have reported a leap in demand for classic delicacies in recent months. 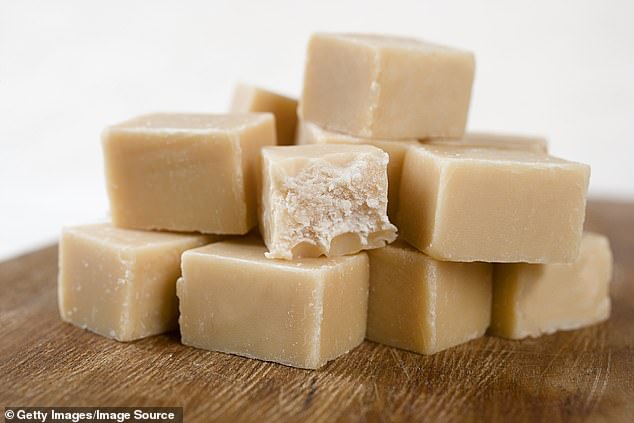 Sales of ‘old fashioned’ sweets from people’s childhoods, like cola cubes, rhubarb and custards, mint imperials, sherbet pips and other nostalgic products such as fudge, toffee and chocolate are soaring as the UK endures continued restrictions.

Cartwright & Butler, which is based in Yorkshire, reported a rise of 170% in sales of butter fudge, while salted caramel fudge shot up a staggering 4500% and peanut brittle purchases were up 84%, compared to the same time last year.

Research group Kantar Media said shoppers had spent an extra £260m on chocolate to enjoy at home in the past six months with sales of multipack bars up by more than a fifth and large chocolate blocks up nearly 46% in supermarkets.

Jackson Woods, a consumer specialist at Kantar, said: ‘The pandemic has changed our priorities, and for much of it we have been less focused on counting calories, and more on treating ourselves during a difficult time. Chocolate is a relatively cheap and easy way to do that, and people have found comfort in their favourite brands.’

Upmarket firm Hotel Chocolat said sales rose 3% in the first half of the year despite many of its High Street stores being closed. The company said its customers switched in droves to buying online during that period.

Online research backed up the figures with four out of ten (42%) households saying they have purchased more chocolate and 31% more sugar confectionery in the past six months. Overall almost three in four (73%) said they bought more comfort food.

Over half (55%) reported buying confectionery suitable for ‘big nights in’ while 44% said they had sought out products that reminded them of happier times from the past.

The surge in sales doesn’t come as a surprise to psychotherapist Charlotte Fox Webber who said: ‘In a time period of turbulence and distressing change, nostalgia transports us back to what we know— and there’s such sweet familiarity in things from the past. There’s something so evocative and comforting about past associations and memories. It makes complete emotional sense that in an era of chaos and sorrow and stress, we feel safe when we are reminded of childhood pleasures’.

‘It seems folk want to treat themselves, their family and friends to that extra luxury and the focus has been on wanting to indulge in comforting sweets and treats. They might not be a necessity but it’s something that consumers crave in times of uncertainty.

‘We are also enjoying more family time together and this seems to encourage a desire to indulge ourselves in something special. And why not, after everything we are going through we all deserve that extra treat.’