On the eve of the 121st US Open, Yorkshireman Pete Cowen, coach to Brooks Koepka, made a bold prediction. ‘The man who finishes above Brooks this week is the one who will be holding the trophy,’ he said.

Judging by the intent and skill the 31-year-old Floridian displayed during much of his opening round, it’s no wonder the Koepka camp are feeling so bullish, with their man now restored to full health following his well-documented knee problem.

Still smarting from not closing the deal at the US PGA Championship last month – and fired up by the thought of receiving the prize on offer this week from defending champion Bryson DeChambeau – Koepka’s desire was plain to see once the marine layer of fog that caused a 90 minute delay had lifted. 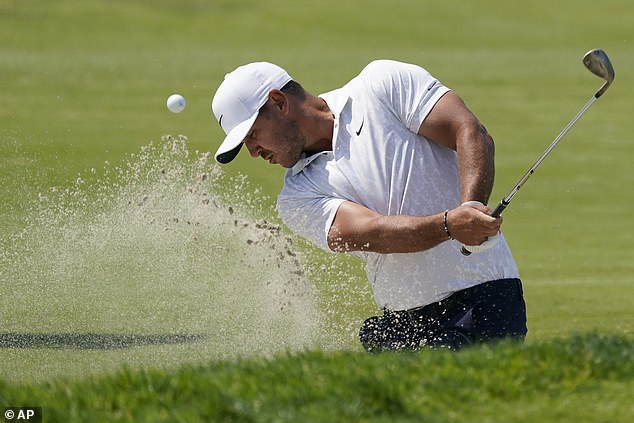 Starting from the 10th, he didn’t put a foot wrong over his front nine to reach the turn in 33 strokes.

When he holed a 10ft birdie putt at the second, he had moved swiftly into a one stroke lead, before his first wrong step at the wonderful par three 3rd, where his tee shot finished in a penalty area and he had to work hard to restrict the damage to his first bogey.

Koepka followed it with three pars to be tied for the lead with three holes to play. If it was no surprise to see the four-time major champion – including two wins in this event in 2017-18 – make a fast start. 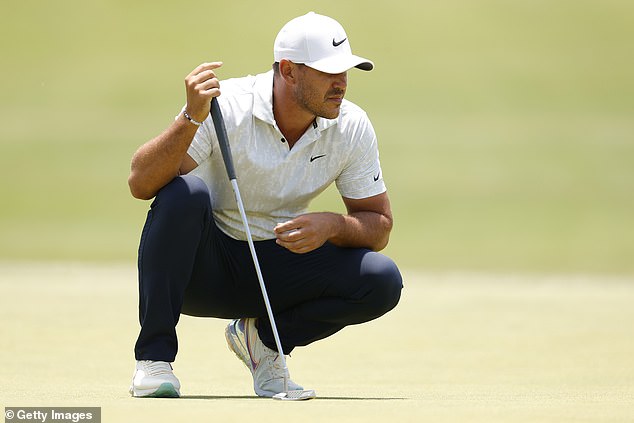 And the same applied to Xander Schauffele, with four top six finishes in this event in four appearances. The consistent Californian moved to three under after 14 holes.

The coastal fog is such a regular occurrence at this time of year in these parts that it’s known locally as the ‘June gloom.’

But there was more gloom on offer for the San Diegans once play began in the shape of a horror start from local hero, Phil Mickelson. Mickelson and Koepka went in opposite directions during the final round of the last major at Kiawah but miracles don’t come along in this sport every month.

A more customary service took place this time as Mickelson, starting from the 10th, fell quickly off the pace with a bad break at the unlucky 13th. 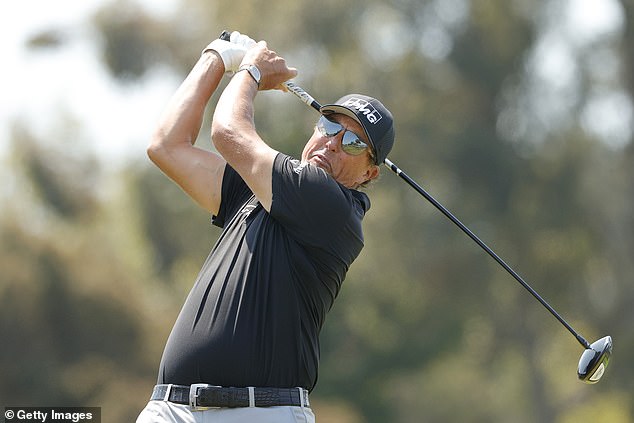 His problems began when he had to ask a noisy member of his considerable gallery to be quiet, as he contemplated his daring second shot on this par five. He ended up pushing it badly.

‘Shoot!’ and ‘darn’ he cried, as it sailed inexorably towards a penalty area. After taking a drop, his typically audacious chip cannoned into the flag and bounced unluckily into a heavy lie, for his second bogey in his first four holes.

Another followed at the 15th, before his first birdie of the event at the 17th. He remained well off the pace on two over with four holes to complete.

Mickelson had arrived for his early tee-time at 7-50am a good 90 minutes early. 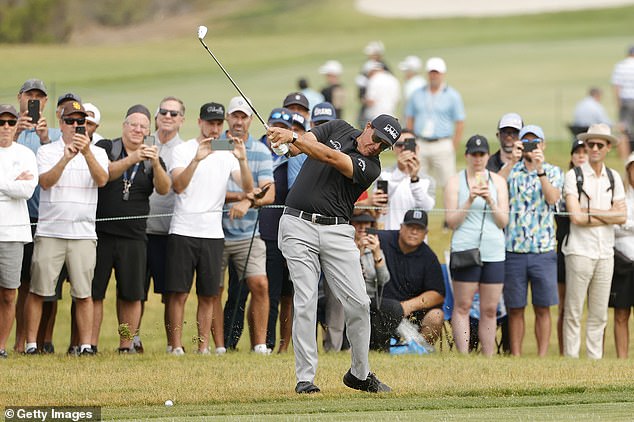 He was still practising as the delay stretched from 15 minutes initially to an hour and a half.

Just five miles down the road, the temperature had already reached 30 degrees but no such luck for the early starters, as they practised in hoodies and other warm garments. Did Mickelson, now 51, spend too long on the practice ground?

Remember Matt Wolff, the extraordinary 21-year-old who finished fifth on his major debut at the PGA last year, and followed it with a runner-up finish in this event?

What a contrast with the first two majors this year, where he was disqualified for signing for an incorrect score at the Masters and then withdrew from the PGA because his game was so out of sorts. 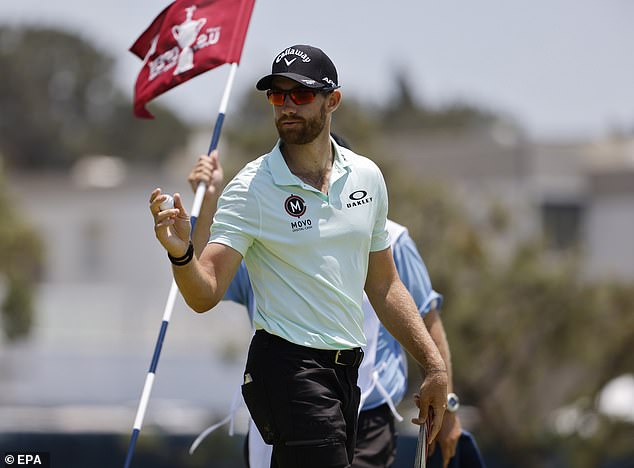 Patrick Roberts is awaiting his first pro win, but he was next to Koepka near the end of the day

Playing in his first event for two months as he deals with his growing pains, the last thing anyone expected was to see the biggest hitter in the game at three under par coming towards the end of his round. He had precisely two pars in his first 14 holes.

Another man who enjoyed an illustrious amateur career was doing well. Patrick Rodgers broke so many records at Stanford University he left with a better record than another alumni who went on to do pretty well – Tiger Woods.

The difference is Rodgers is playing in his 184th event and still awaiting his first pro win but, a couple of hundred miles down the coast from where he went to college, the 28-year-old from Indiana was alongside Koepka coming towards the end of his day’s work.