‘Donny has quality – we know we can play together’: Bruno Fernandes eyes more minutes with Van de Beek after the Dutchman made his first Premier League start in the stunning fightback victory over Southampton

Bruno Fernandes is relishing more minutes on the pitch with Donny van de Beek after the Dutchman impressed in Manchester United‘s 3-2 comeback win at Southampton.

Van de Beek was handed his first Premier League start by Ole Gunnar Solskjaer at St Mary’s but it looked to be heading for defeat with United 2-0 down at half-time.

But half-time substitute Edinson Cavani – another summer arrival alongside Van de Beek – scored twice, with Fernandes netting the other, to turn the match around. 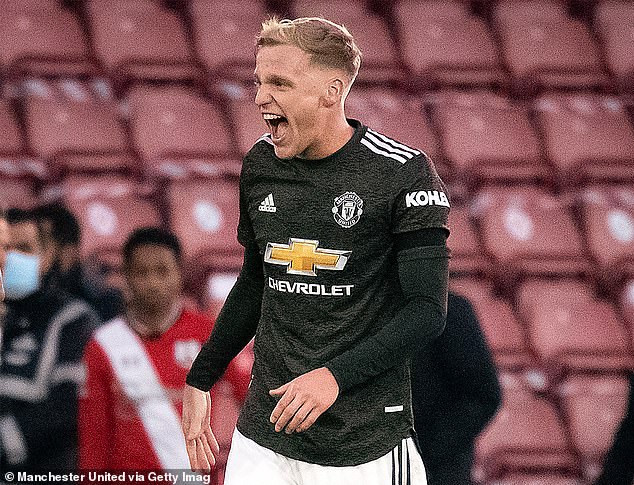 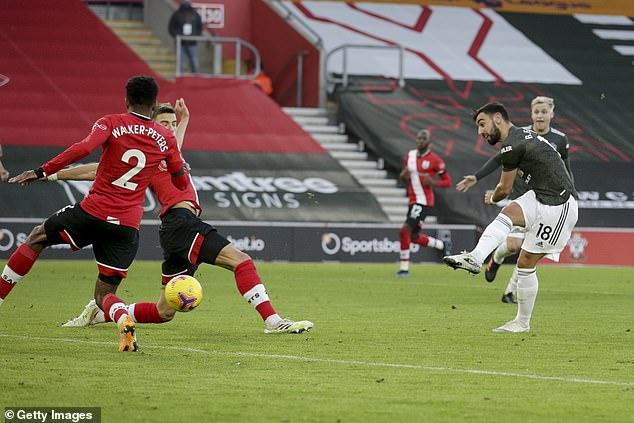 Team-mate Bruno Fernandes, who scored in the win, has heaped praise on the Dutchman 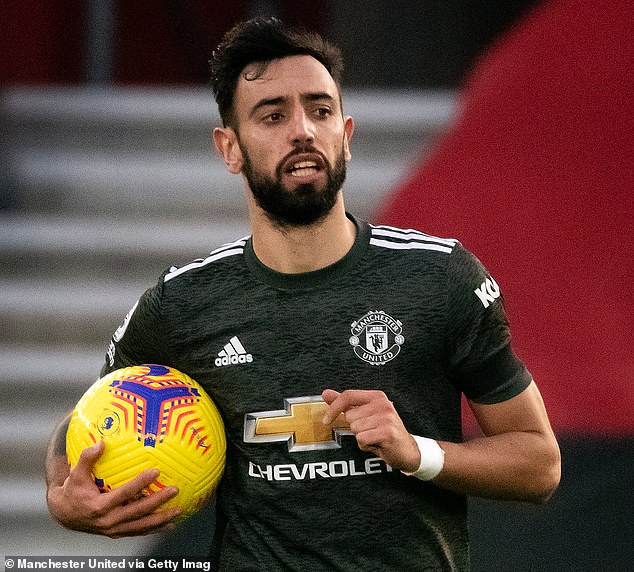 Fernandes delivered a glowing appraisal of the Holland international after the victory at St Mary’s.

‘Donny has a lot of quality. We know we can play together and also with other players we have,’ Fernandes said, according to The Sun, of the £40m summer arrival from Ajax.

‘Everyone has quality to play and we know each other. We can play with three then switch and play the next game with another three or another four.

‘It doesn’t matter because all of them have quality and we can all be together on the pitch, everyone can make a difference.

‘Donny played a really good game but Fred and Nemanja (Matic) were really important to us.’ 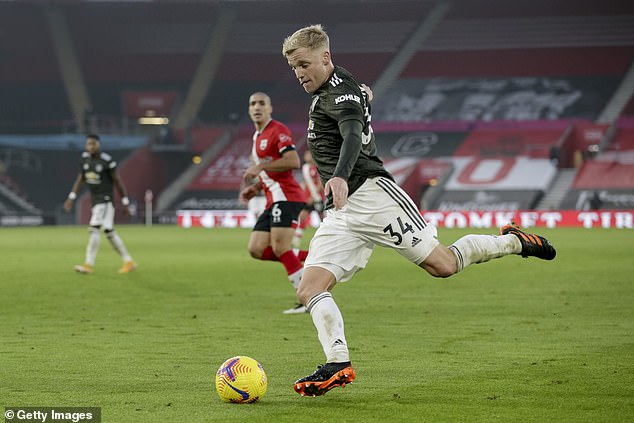 The three points against Southampton lifted United to ninth in the table but they are only three points off third-place Chelsea with a game in hand.

The attention of Fernandes and Van de Beek now turns to the Champions League, where United host French giants Paris Saint-Germain at Old Trafford on Wednesday.

Two-goal hero Cavani is vying for a start himself after his fantastic substitute appearance at Southampton, while Solskjaer must decide whether to break up the developing partnership between Fernandes and Van De Beek.

Victory would seal United’s place in the last-16 of the tournament with a group game to spare.

Euro 2020: John McGinn will be spying on England ahead of Scotland clash, claims Tyrone Mings

Nigel Farage accuses Piers Morgan of ‘sinking to the gutter’ in row over Trump ‘bleach,’ comment

Met will review claims that Ghislaine Maxwell and Epstein trafficked, groomed and abused girls in UK

Australian farmers, whisky drinkers and young people looking to work overseas are the biggest winners in...