He noticed that Golf Channel’s Todd Lewis was conducting a post-round interview on Thursday with Brooks Koepka and jumped into the frame, spreading his arms wide to grab the attention of viewers. In short, it was a perfect photo bomb.

“I saw an opportunity and I just had fun with it,” DeChambeau said.

The reigning U.S. Open champion has a bit of a goofball in him and so his actions were par for the course. Golf fans shouldn’t read anything more into it. Things, however, escalated quickly in the growing feud between Koepka and DeChambeau last month when a similar video of Lewis interviewing Koepka went viral and nearly broke the Internet.

Maybe the most genuine Bryson move yet throughout this whole thing. Nice to see. Just a big child who likes to hit ball far. pic.twitter.com/ptytenzkWa

In that video, DeChambeau can be seen walking in the shot behind Koepka mid-interview and Koepka sighs, rolls his eyes, loses his train of concentration, and drops a few choice words directed at DeChambeau.

“People are thinking I was doing something. I wasn’t doing anything at the PGA Championship,” DeChambeau said on Thursday.

It sparked a back-and-forth war of words on social media that drew headlines and also calls for the USGA to pair these two together. That didn’t happen.

It also had some, including former U.S. Open champion Webb Simpson, wondering if their feud was staged to improve their standings in the PGA Tour’s new Player Impact Program, which will pay out $40 million to the 10 most popular players “who are judged to drive fan and sponsor engagement.”

“I don’t know if they texted each other on the side and possibly went in agreement, let’s play this thing up for player impact program,” Simpson said. “That was kind of one of my thoughts.”

Koepka shot 2-under 69 in the opening round while DeChambeau struggled and signed for 2-over 73. 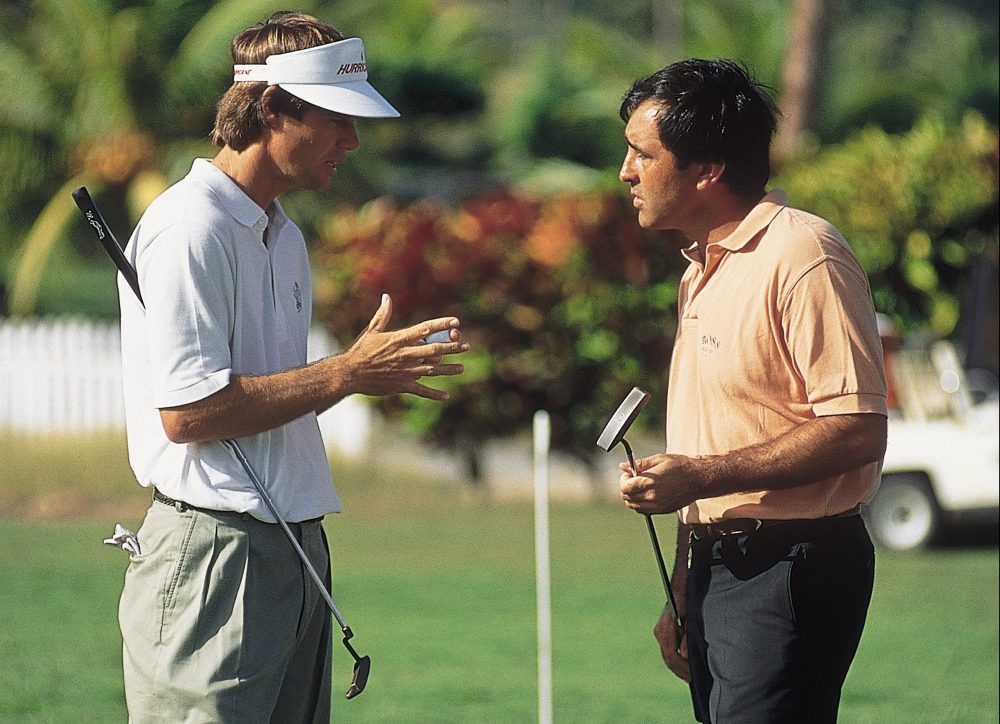 DeChambeau hit balls on the range, which had no lighting, after his round in darkness. Maybe it will spark a better performance on Friday and improve his chances for a weekend showdown between the ropes with Koepka. That’s the pairing all golf fans are waiting to see.