A jetski club embarked on an epic two-day, 350km trip through crocodile-infested waters along the Far North Queensland coast.

A group from the FNQ Jetski Club went from Cairns to Cooktown, and into several waterways on their joyride, including the Endeavour, Bloomfield and Daintree rivers – all known to be popular with saltwater crocodiles.

Several jetskis in the group – which was formed less than a month ago – either stopped, ran aground or had to be towed at different times. 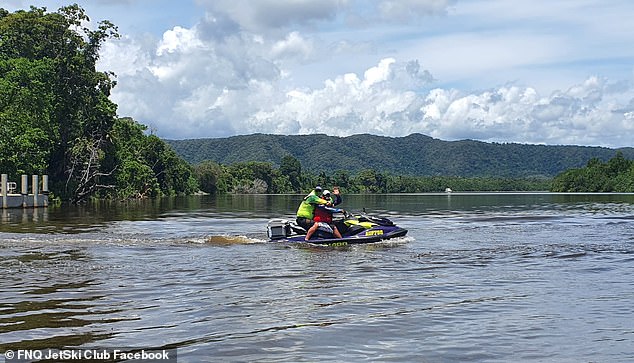 Members of the FNQ JetSki Club had ‘an incredible adventure with a great bunch of like-minded people,’ but drew criticism and concern for heading deep into crocodile-infested waters 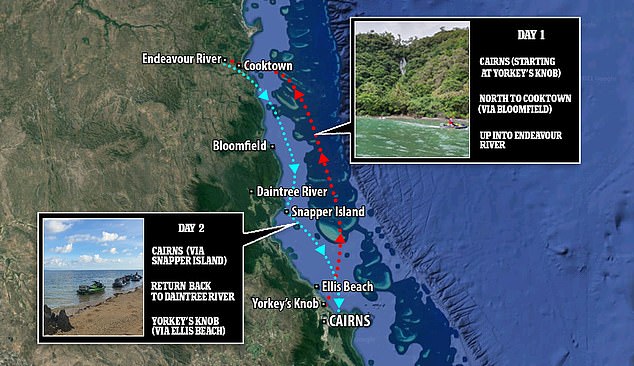 On the Endeavour River at least one rider ‘ran aground in the muddy river’. After locals warned the group a massive four-metre crocodile was nearby, they took two jetskis to a boat ramp to fix.

‘All-in-all an incredible adventure with a great bunch of like-minded people, which is what it’s all about,’ a post on the group’s Facebook page read.

However, it is not a trip Wayne Christiansen, who trains jetski riders at his Cairns BoatSafe Training business, would have taken.

‘Not really. There’s a charity ride coming up out to the reef and I’d do that, but that won’t be along the coast and go into the rivers,’ he told Daily Mail Australia.

‘I’ve come off a jetski in the Barron river once. I got back on the jetski real quick. You just don’t know whats going to happen. 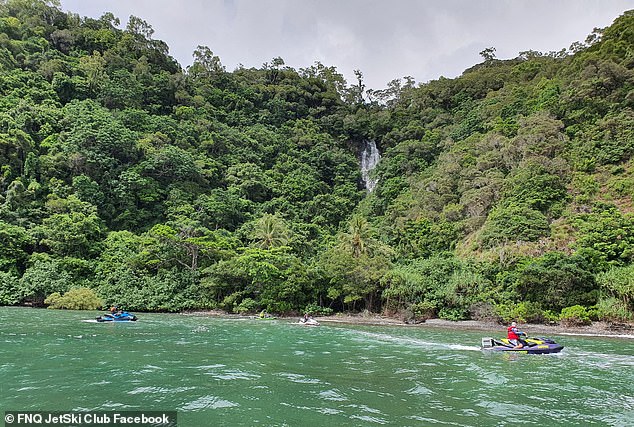 The jetski riders ventured deep up Far North Queensland rivers including the Daintree, Endeavour and Bloomfield 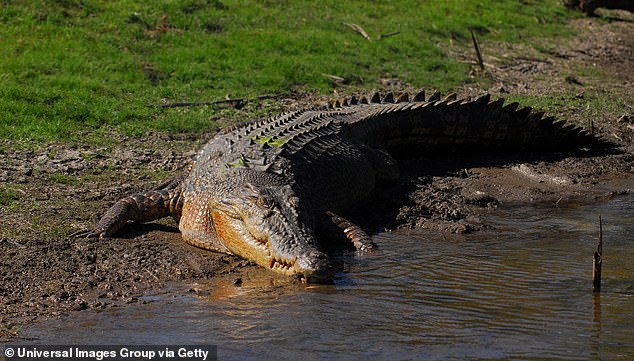 ‘I’d feel a lot safer with sharks. Whether crocs come for you just depends on whether they’re hungry.

‘Its one of those things, we had that gentleman taken by a crocodile from a small boat fishing at Hinchinbrook. You have to be croc-wise.’

Human remains were found during a search for a missing fisherman on a tropical Queensland island, as the hunt for a killer crocodile continues.

Mr Christiansen said with enough planning, including talking to locals at places they panned to stop, such a jetski trip up a river might be OK.

‘It’s all about local knowledge. I really hope they talked to locals beforehand and avoided that areas they were told,’ he said.

‘If they’ve done risk assessment to know where the local crocs are at high tide and low tide, then fair enough.’

Colin Lawson, one of the FNQ Jetski Club organisers said people shouldn’t be worried for the safety of the group.

‘We are very croc-wise,’ he told the ABC. ‘We all understand the risk and we all know how crocodiles act and that they’re apex predators.’

‘Part of the concern was that if we fell off in the river we would be eaten by a crocodile straight away. 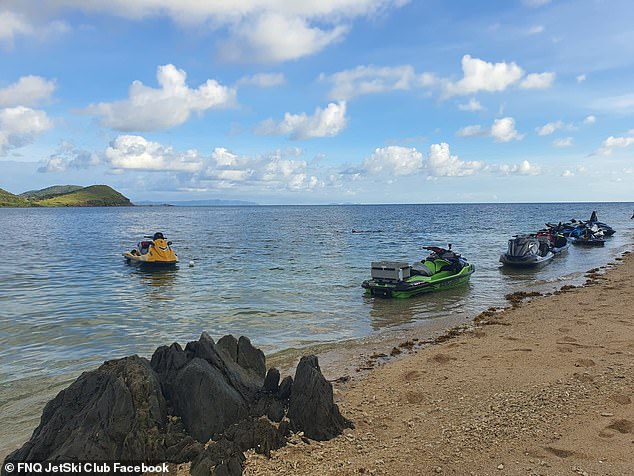 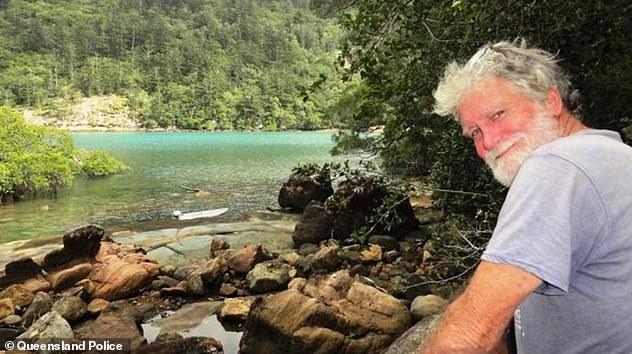 ‘Obviously when we go in those rivers we only go at high tide and at a sensible pace, and you stay on the ski — it’s no different to a small boat.’

Meanwhile a spokesperson for an eco-tour agency working in the Daintree said jetskis should be banned from the area because an attack on one is ‘only a matter of time’.

‘There are places to Jet ski but crocodile inhabited rivers are not that place,’ said David from Solar Whisper Daintree River Crocodile and Wildlife Cruises said on his Facebook page.

‘This is a marine park where tourism showcases these animals to the world, do we want to watch a croc attack because it’s only a matter of time.

‘Jet skis are exempt from speed limits and there’s many submerged logs here, when someone crashes and is attacked there’s no two sides to that story. The croc and or crocs will be shot.

‘Can Jet skis at least be banned from a marine park where it is accepted by most that crocs live here.’

One jetskier from the FNQ Jetski club responded to those concerns by saying the tour agency were ‘tree huggers’.