A handful of Bunnings workers on TikTok have surprised shoppers by revealing the hardware giant’s signature price signs are handwritten in black marker.

‘Not the best sign writer,’ one Northern Territory based worker said, before showing herself dancing in the aisles after getting the job done.

Another labelled her own work ‘perfection’ after etching an eye-catching sign for an $85 tub of water based enamel. 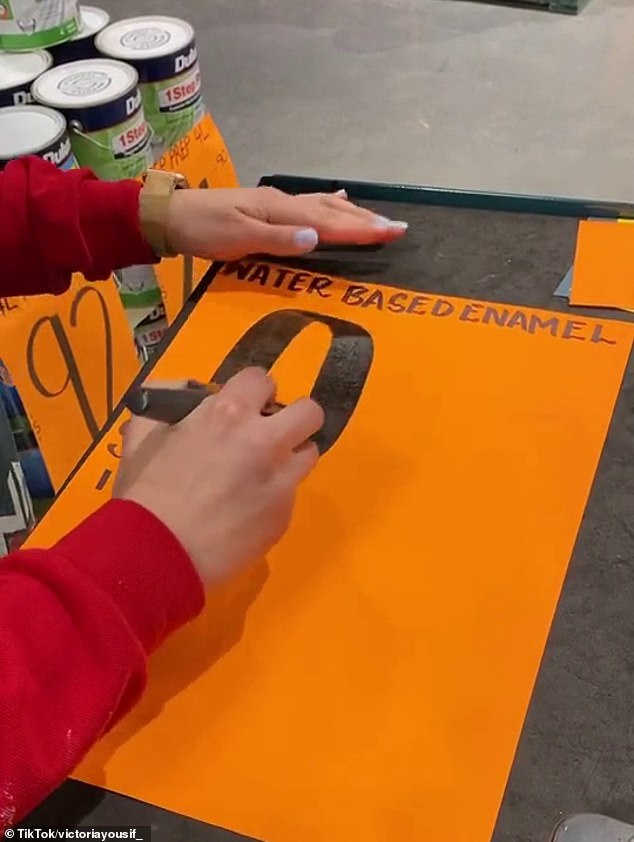 Ryan Baker, Bunnings General Manager of Operations, has revealed a unique calligraphy style is taught to all employees when it comes to sign-writing 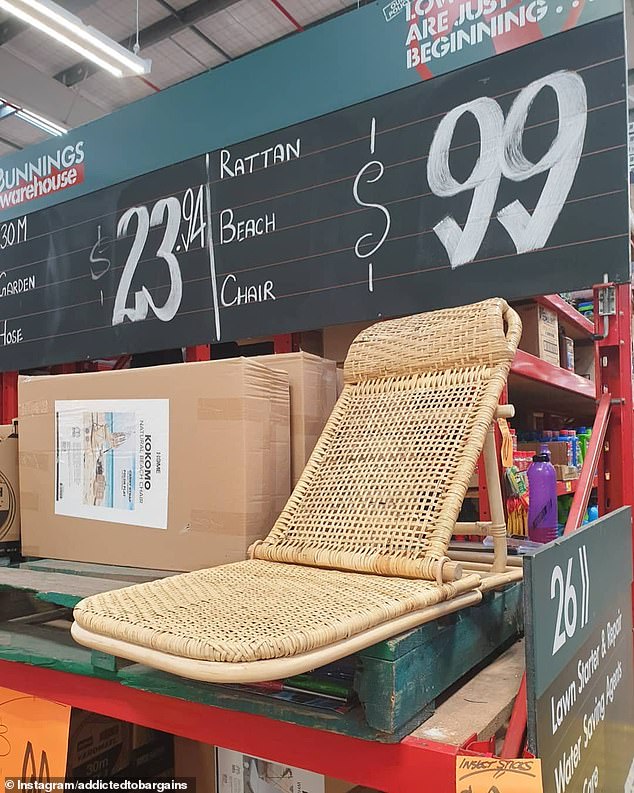 Much like their famous sausage sizzles, Bunnings’ orange signs with black markers (pictured) displaying in-store bargains are looked at fondly

Ryan Baker, Bunnings General Manager of Operations, told news.com.au that the unique calligraphy style is taught to all employees.

‘All team members can hand write approved signage, but some may do this more regularly than others,’ he said.

And if the posts on social media are any guide, the challenge of signage perfection motivates many Bunnings staff.

TikTok followers were quick to praise the creative genius of those on the payroll at Bunnings.

One said watching the staff get to work was ‘pleasing on the eye’, while another ‘couldn’t believe’ the staff hand draw the signs.

Another was in equal disbelief, previously believing the flashy signs were printed.

Bunnings was founded in 1886, by two brothers who moved to Australia from the United Kingdom.

The first warehouse style store was opened in Victoria in 1994. The chain currently has 295 stores in Australia, New Zealand and the UK with over 31,000 employees. 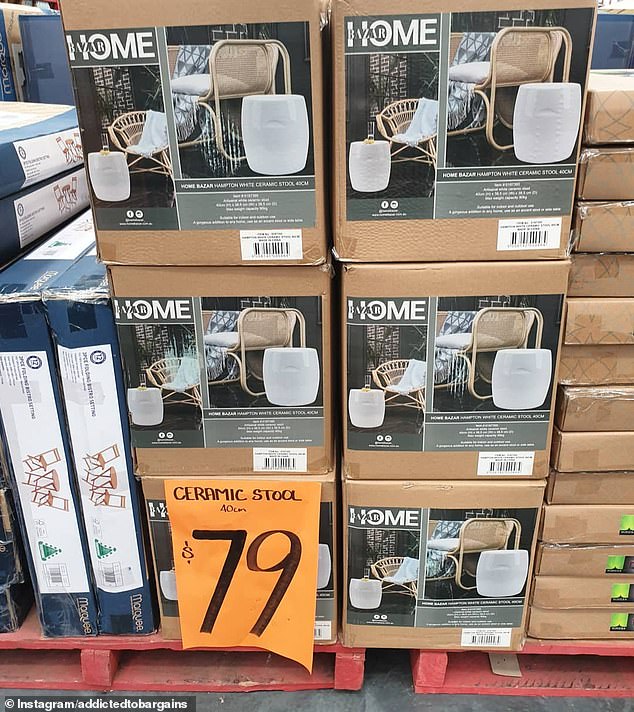