Buying EU citizenship: What are golden passports and visas and how do they work? 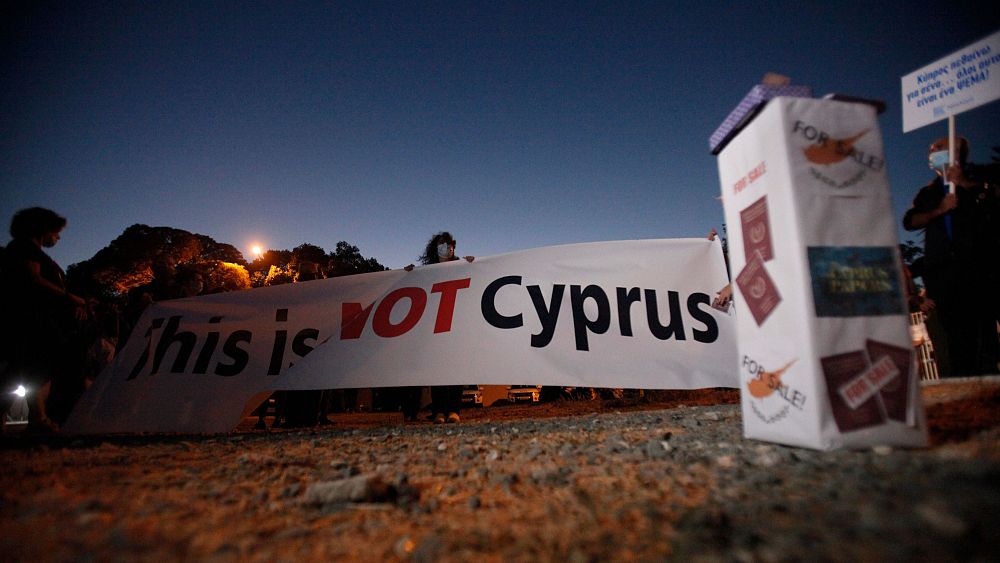 The EU is taking action against two member states, Cyprus and Malta, over their investor citizenship schemes.

These schemes essentially allow people to buy their way into citizenship, without having any real links to the country or even having to reside there.

With this citizenship comes the benefits enjoyed by any other citizen of an EU member state – the freedom to travel, live and work across the bloc, and even to vote in certain elections.

This, says the EU, is a risk to security, to transparency, and to the values that underpin the European Union project.

But Cyprus and Malta aren’t the only member states that allow those with enough money to invest their way into citizenship, and there are a host of other countries that have residency up for sale.

Which countries offer citizenship or residency in exchange for investment?

Cyprus and Malta are the two currently under the EU’s spotlight, with the EU launching infringement procedures against them for their investor citizenship schemes. Bulgaria is the other member state that offers such a scheme, and the EU has written to the country highlighting its concerns, and asking for more details.

But there is also a more widespread use of investor residency schemes across the EU, which gives investors the chance to – as the name suggests – gain residency in a given country.

While residency doesn’t confer the same freedoms as citizenship in an EU country, it does give a person the right to reside in the country in question, but also to travel freely in the Schengen area.

This, the EU claims, poses just the same risks as the investor citizenship scheme.

Investor residency schemes are available in 19 member states, plus the United Kingdom.

How do the schemes work?

Essentially investors can invest a certain amount of money in property or other investments within a country, and gain a passport after following a process – which can also be fast-tracked.

In the case of the three EU countries that offer citizenship by this route, none of them require physical residence for the individual, says the EU, or a requirement for other genuine connections to the country.

Residency schemes work in a similar way, granting residency to those who fulfil the criteria.

The EU says the schemes are a security risk, and that they undermine the “essence” of the European Union and the freedoms that come with citizenship of a member state.

Crucially, if somebody pays their way into citizenship of an EU member state, that doesn’t just affect the member state in question – it affects any other member state the person may decide to move to or to work in.

The Commission noted in a report that investor citizenship schemes involve a lack of robust checks on applicants leading to security risks. There are also worries about money-laundering, tax evasion, and a lack of transparency and information.

“The main problem for us is the risk of money laundering and corruption,” said Laure Brillaud, a senior policy officer in Transparency International’s anti-money laundering team.

She points to a recent undercover investigation by Al Jazeera, which implicated high-level politicians in corruption related to Cyprus’s investor citizenship scheme.

Cyprus has now announced it will end its passport programme on November 1. But the commission says the country intends to continue processing pending applications.

Transparency International also points to a Maltese high-level official who was arrested last month over an alleged kickback related to Malta’s scheme.

“By design, the schemes were made to attract the wrong people,” Brillaud added.

“They are made to attract easy money and the wrong people. If you were a legitimate investor you would be willing to have a long term horizon, to spend a bit more time and do more strategic investment to get your residence or your passport. So why do you need a passport? The problem of the passport is it grants a lot of rights.”

Investor residency schemes need to be treated with the same level of suspicion she adds.

“We have identified the same risk applies for many of these residency schemes, which exist in many different forms.

“In some cases, it’s a fast track processing, there’s no physical presence requirement. If you look at a scheme like in Portugal, if you apply for the golden visa, after five or six years you can get the passport so it’s an indirect route to citizenship.”

Trump set to return to spotlight with speech at conservative conference