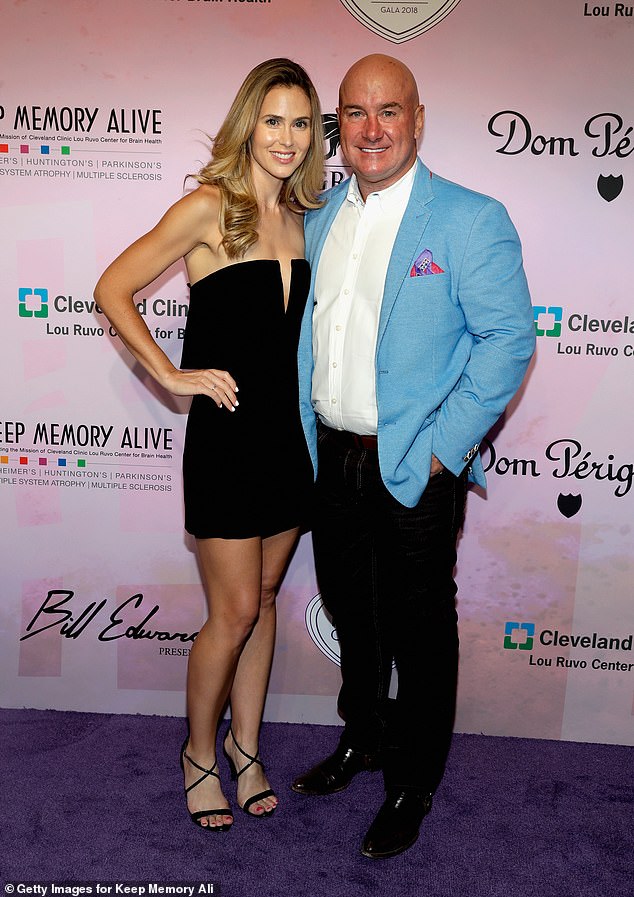 A business mogul has cut the size of his mega-sized mansion by an entire floor after copping backlash from his millionaire neighbours who complained it was too high.

The property is a stone’s throw away from Wategos Beach and reportedly cost as much as $5 million, Daily Telegraph reported.

Mr Didier filed a development application to Byron Bay Council to knock down the property and build another mansion for an additional $3.3 million.

Scott Andrew Didier (pictured, with a guest at a charity event in Las Vegas in 2018), bought a prime piece of real estate on Bronwell Drive at Byron Bay, on the New South Wales north coast 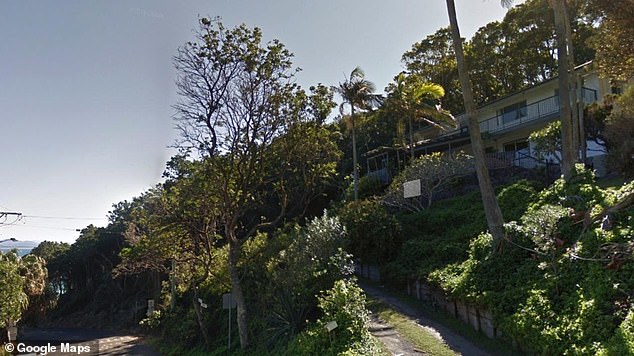 The property (top right) on Bronwell Drive, at Byron Bay, cost as much as $5 million to purchase

Council documents showed the property would have been three-storeys high with a four-vehicle stacked garage that included a lift.

It also included a number of luxury amenities including a sauna, pool, powder room and several balconies.

Though Byron Bay Council rejected the application in March 2019 following objections from neighbours.

Mr Didier then challenged the verdict at the NSW Land and Environment Court.

His representatives came forward with plans to adjust the size of the mansion.

The new plan included one less level, reducing the house to two-storeys.

Mr Didier was then granted conditional approval for the revised plans as they ‘addressed’ council’s concerns.

The property adds to Mr Didier’s portfolio in the area after his business bought the ‘Beach Suites Byron Bay’ on Bay Street in January 2018. 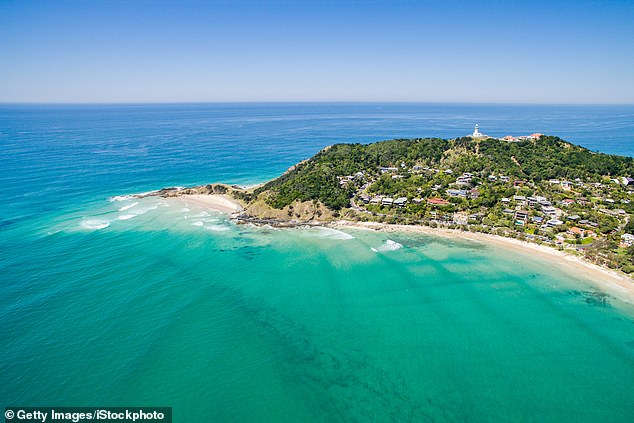 Mr Didier filed a development application to Byron Bay Council to knock down the property and build another mansion for an additional $3.3 million (pictured, Wategos Beach is just a stone’s throw away from the mansion)