The Home Office is facing mounting fury at its ‘inept’ Ukraine refugee response as Grant Shapps revealed 760 applications have now been approved.

The Transport Secretary gave the updated figure and said he hoped for a quick increase as it emerged a promised processing centre in Lille has yet to open.

But he flatly dismissed the idea that visas should be waived or accepted from hundreds of refugees in Calais – saying the port is dominated by ‘criminal gangs’ of people-smugglers.

He also argued that the government of President Volodymyr Zelensky wanted as many people as possible to remain in the region so they could quickly return to rebuild the country.

Ministers are said to have vented frustration at ‘squirming’ Home Secretary Priti Patel during a Cabinet meeting yesterday. Tory MPs lined up to slam the response in the Commons yesterday, and senior figures have branded it ‘inept and bureaucratic’.

Ukrainian ambassador Vadym Prystaiko told the Commons Home Affairs Committee this morning that the UK’s visa system had always been buried in red tape. He said even his own wife struggled to get approved when he was appointed.

He told MPs: ‘If you can vote for some temporary releasing of us from these rules, to allow people to get here, we will take care of (them).

‘I don’t expect many of them to come.

‘I don’t want to see these pictures of people banging at the doors in Calais and scratching the doors which are quite sealed.’ 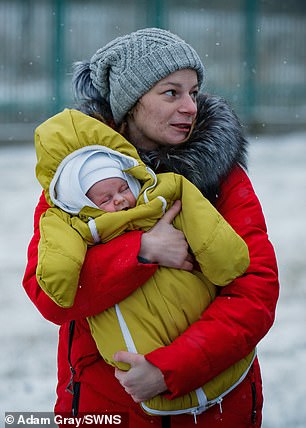 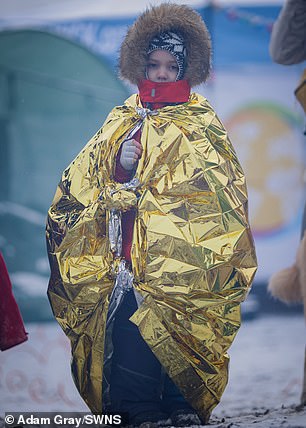 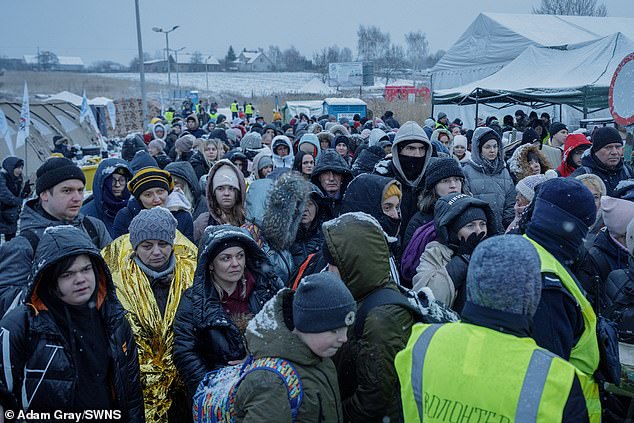 A crowd of Ukrainian refugees waits to board buses after crossing the border at Medyka, Poland 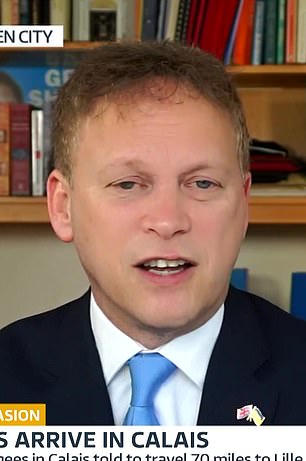 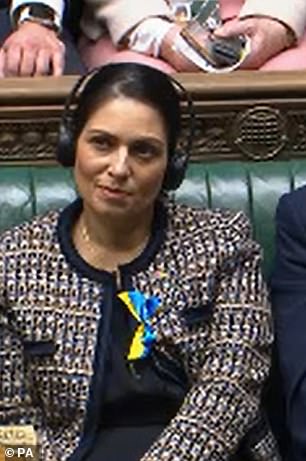 In a round of interviews, Mr Shapps acknowledged there were ‘lessons to be learned’ over the response to two million people fleeing Ukraine to escape the Russian invasion.

He sidestepped questions on whether Ms Patel had misled Parliament by claiming a processing centre ‘en route’ to Calais would be set up and that staff were ‘on the ground’ there – something that Tories openly said yesterday was a resigning matter.

Mr Shapps said: ‘I do know that in Lille there is a centre being set up. I do also know that because of the nature of the situation in Calais – the long-term issues there of criminal gangs bringing people across – we are very keen to separate these two issues.’

Mr Shapps told Sky News that 760 visas had been granted, with 22,000 applications ‘on their way through’.

He said: ‘No country has given more humanitarian aid to Ukraine than the UK, in the world. We have given £400million, in addition the British people have been incredibly generous as well.

‘Geographically we are, of course, spaced further to the West and President Zelensky and the Ukrainian government have told me that they do not want people to move far away, if at all possible, from the country because they want people to be able to come back.

‘We are really leaning into this, at the same time respecting Ukraine’s wishes, the government’s wishes, not to pull people a long way away from Ukraine.’

Mr Shapps said the UK wanted Ukrainians to have their paperwork in order before arriving at Calais.

He told ITV’s Good Morning Britain: ‘If people are travelling across, the idea is they get their visa before they get to the border, to the coast.

‘Lille will be a possibility, Paris, Berlin, Brussels and other locations.’

For people already in Calais, ‘I know that the Home Secretary is working very hard on this’, he said.

‘We do not want to see this mixed up with the wider issue of people traffickers and criminal gangs in Calais, so we don’t want to attract people to Calais without having the paperwork resolved in the first place before they get there because we don’t want to create a double problem or a further reason why people aren’t able to travel.’

And he argued that the UK’s insistence on visa controls for Ukrainians was the correct approach. 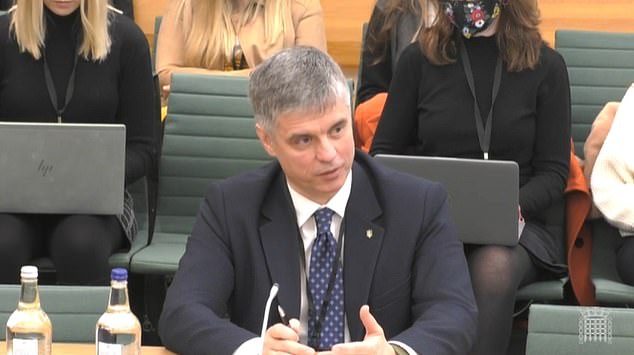 Ukrainian ambassador Vadym Prystaiko (pictured) told the Commons Home Affairs Committee this morning that the UK’s visa system had always been buried in red tape. He said even his own wife struggled to get approved when he was appointed

‘I think you would expect us to be wanting to check people’s status before they come in,’ he said.

‘We know that Russia are involved in all manner of operations so it’s absolutely right to check that somebody is coming from Ukraine and know who is coming to this country, essentially, and that’s what we are doing.’

He said the decision not to have a visa application centre in Calais was to avoid Ukrainians becoming targets for criminal people-smuggling gangs operating around the Channel port.

Speaking to the Home Affairs Committee this morning, Mr Prystaiko complained that the UK visa system had always been difficult to navigate.

He said even his own wife had struggled to get approved. 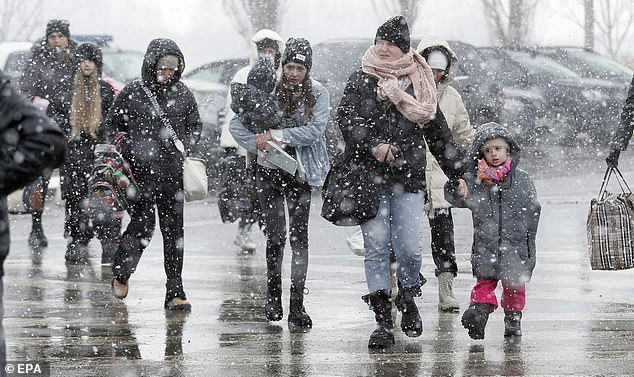 But he echoed Mr Shapps’ point that most Ukrainians will not want to travel far from their homeland.

‘I want to tell you straight away that the natural place for Ukrainians is close to most of our Slavic tribe, if I can put it like that – independent nations like Poland and Slovakia, where people do not have any language barrier,’ he said.

‘Most Ukrainians will naturally stay close to their homes, to their roots, because families are unfortunately split – the elderly, the women with kids, fled Ukraine when most of the men and women are fighting back home.’

Despite the public defence, Mr Shapps is said to have been among the ministers who gave Ms Patel a rough ride at Cabinet yesterday.

‘Priti talked about everything the Home Office was doing but it quickly became clear she was just going round in circles,’ one source told ITV.

‘Then a series of ministers really drilled down into the detail about what we are doing to get these refugees across — Grant Shapps especially. She squirmed and hated it.’

NBA: What a pity that due to the stubbornness of one and the other we cannot enjoy more of a player named Kyrie Irving!