The Cabinet Secretary ducked as he was grilled on the process for the lavish overhaul of the Downing Street residence – believed to have cost around £90,000 in total.

Instead he stressed that the Prime Minister had asked him to carry out a review of what had happened.

Mr Johnson has insisted he has now paid for the works to his Number 11 living quarters out of his own pocket.

Mr Case’s failure to answer questions prompted fury from MPs who said he sounded like a ‘badly scripted version of Yes Minister’. 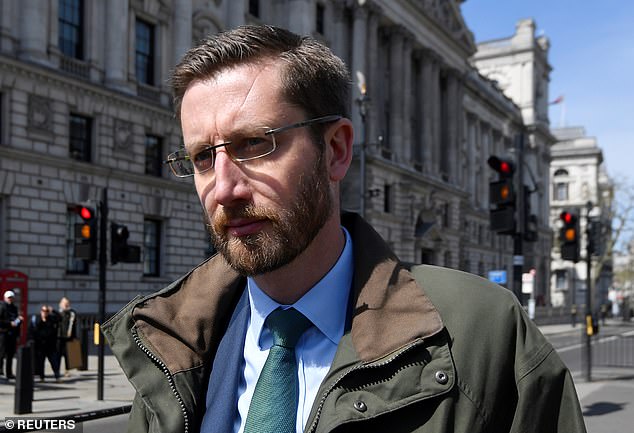 Mr Case was grilled on the issue this afternoon as he gave evidence to Parliament’s powerful Public Administration and Constitutional Affairs Committee.

Asked whether he was aware of private donations being used to cover the costs at first, Mr Case told MPs: ‘What I’m happy to tell you is that the Prime Minister has asked me to conduct a review because I’ve not been involved directly with this.’

He added: ‘The Prime Minister has asked me to conduct a review into how this has been done and asked that I share the details of those conclusions with the committee.’

The Cabinet Secretary said he expects the review to take ‘only a matter of weeks’.

Pressed on whether he was personally aware of any donations contributed towards the renovations, Mr Case added: ‘I do not have all the facts and details at my disposal on this, which is why the Prime Minister has asked me to conduct this review.’

He said Mr Johnson would be making the ‘relevant declarations’ in regard to spending on his Downing Street flat.

Mr Case’s failure to give detailed answers to questions about the refurbishment of the flat sparked anger among the committee’s members.

William Wragg, the chairman of the committee, told the Cabinet Secretary: ‘Mr Case, you have known you have been coming to this committee… for some weeks now.

‘There are a number of topical issues about the place at the moment, one of which is the vexed question of the flat’s refurbishment.

‘I am surprised that you haven’t been better furnished with the answers to give to the committee.’

Mr Case replied: ‘What I really want to avoid doing is actually misleading the committee in anyway by giving you partial insights.

Mr McDonnell said: ‘I don’t wish to be rude Mr Case but this is coming across like a badly scripted version of Yes Minister.’

While visiting Wrexham today, Mr Johnson did not deny discussing using donors to fund the work, saying: ‘If there’s anything to be said about that, any declaration to be made, that will, of course, be made in due course.’ 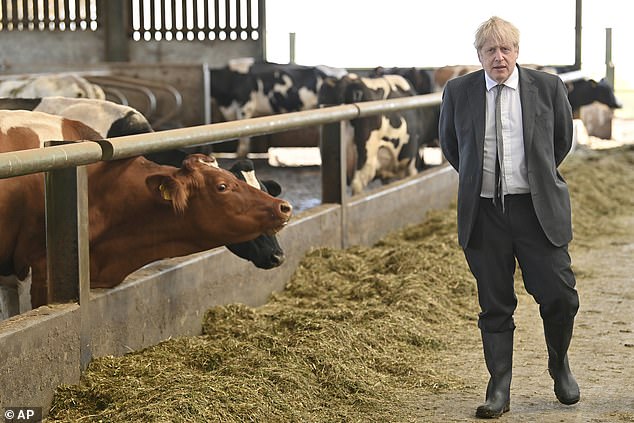 Boris Johnson, pictured during a visit to Wrexham today, has insisted he has now paid for the works out of his own pocket

Labour has called for a full investigation by the Electoral Commission into the situation.

The commission, which first raised the issue with the Conservatives more than a month ago, confirmed at the weekend it was still looking into whether any of the sums relating to the work on the flat should have been declared.

He added: ‘It’s all very well the Prime Minister saying, now, “well, I paid for it”.

‘The critical question was what was the original arrangement and why is it so complicated?

‘If there’s a straightforward answer, then give it. If there isn’t, then there are very serious questions to be asked.’

US to share AstraZeneca shots with world after safety check