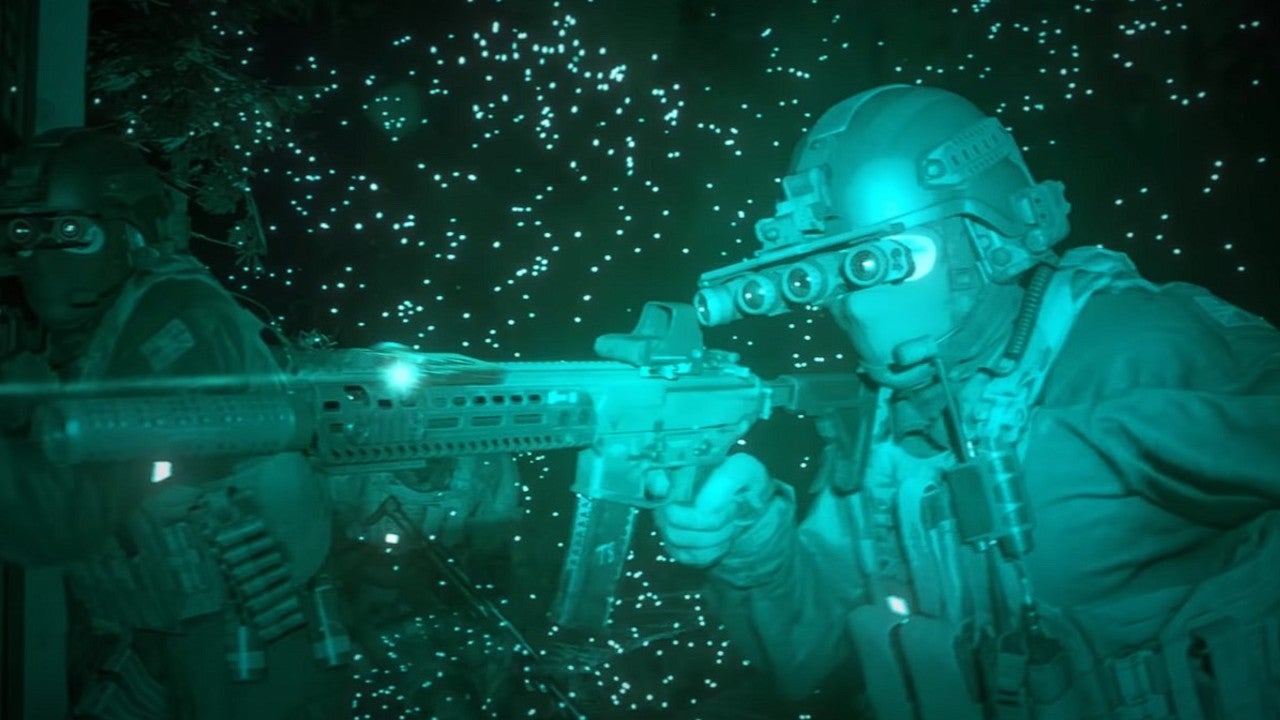 Call of Duty: Warzone has been struggling with cheaters for some time now, and they’re only getting cockier. Despite almost 500,000 permabans, some cheaters are bragging about their cheat-enabled killstreaks by equipping nightvision goggles, which aren’t even officially a part of Warzone.

First spotted by Eurogamer, Warzone streamer Stephen “Yungstaz” Galloway posted a clip of gameplay from the POV of an alleged cheater. The clip shows the player auto-pinging the locations of enemy players, as well as score some suspiciously accurate shots, then donning a pair of nightvision goggles. NVGs aren’t even really a thing in Warzone, but they are in 2019’s Modern Warfare, which is the game Warzone is built upon.

We need to have a talk…. @RavenSoftware

Auto pings everyone in lobby, has night vision goggles in warzone, never seen this from a hacker before pic.twitter.com/DAVeoUdZjs

Another clip shows Galloway speaking with the cheater, who claims they’ve been able to use cheats on their account for five months. Incredibly, the player’s screen name repeatedly changes in the lobby, at one point to “LITERALLY AIM ASSIST M8.” (Note: Clip contains strong language)

Reddit user PerfectEfficiency8 also uploaded a similar clip, which shows a player use an aimbot as well as perfectly shoot a player through a wall. At the end of the clip, the player also dons nightvision goggles. Redditors were quick to notice that the player in the clip is an astonishing level 686, which suggests they’ve been able to skirt any cheat detection or perhaps purchased an account.

The funny thing about nightvision goggles is that they don’t offer any advantage on the Warzone map, which is perpetually set during the daytime. If a player wanted to highlight enemies while looking through their scope, they’d only need to equip a thermal scope, which are readily available. It seems like the NVGs are solely for bragging about a player’s ability to get by Activision’s cheat detection.

Activision has been on the warpath with anti-cheat measures in recent weeks and months. On April 11, Activision issued its seventh wave of high-volume bans since February, resulting in a total of 475,000 permabans.

Joseph Knoop is a writer/producer/going dark for IGN.