Season 6 of Call of Duty: Modern Warfare has arrived, bringing with it a new fast-travel system for Warzone as well as new operators, cosmetics, multiplayer maps and modes and so much more.

You can check out the full Season 6 patch notes over on the Call of Duty blog, but we’ve also pinned down all of the key changes below. The update is 19.3 GB on PS4, 22.66 GB on Xbox One and 57 GB / 25.5 GB on PC depending on whether you own Modern Warfare or just Warzone. 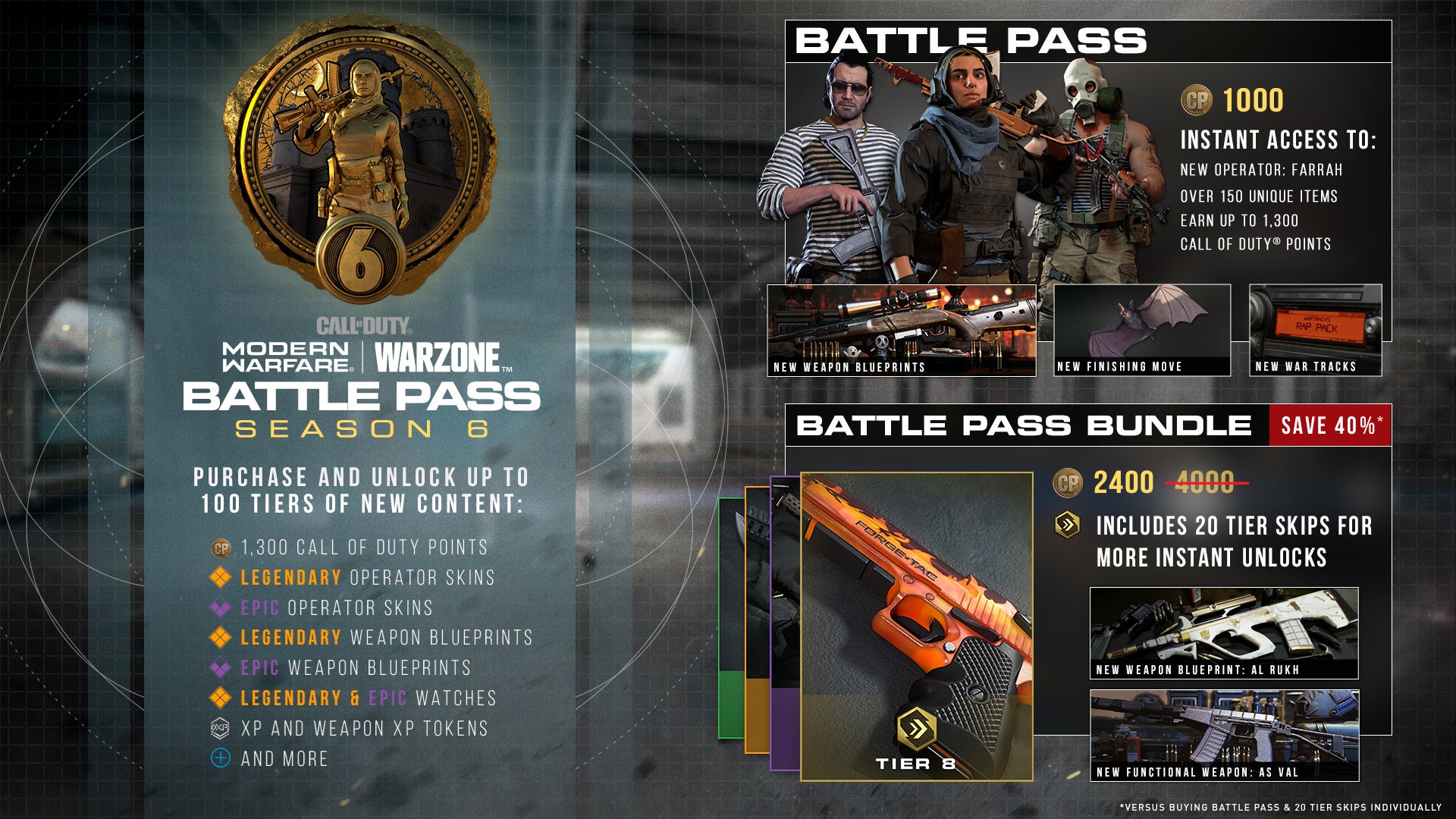 You can see a roadmap for further Season 6 updates below: 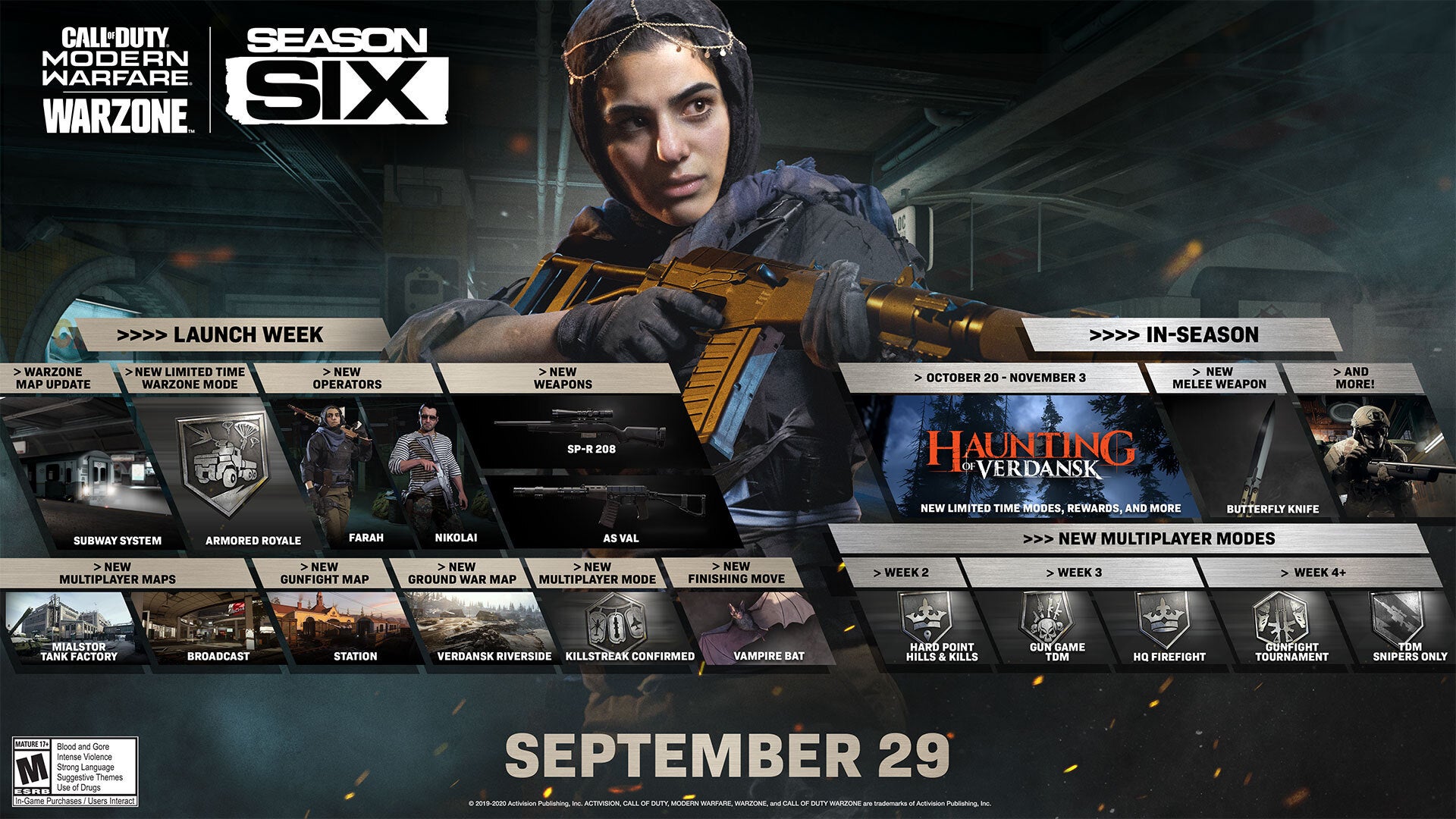