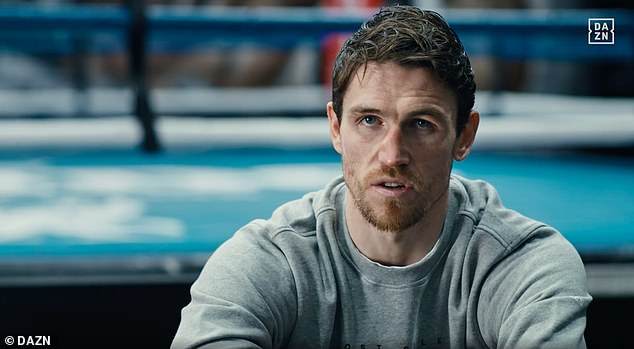 Callum Smith has admitted preparing for his clash against Canelo Alvarez during lockdown had been ‘mentally exhausting’ ahead of the biggest fight of his career.

The Liverpudlian is bidding to cause a seismic shock in the world of boxing by beating the pound-for-pound king in the US on Sunday, where he will put his WBA title on the line, with the WBC belt also up for grabs.

Training to face the four-weight champion would be challenging enough without a worldwide pandemic thrown into the mix. Smith has opened up on his struggles which saw him being forced to train at home at the start of the outbreak as well as a limited choice of sparring partners. 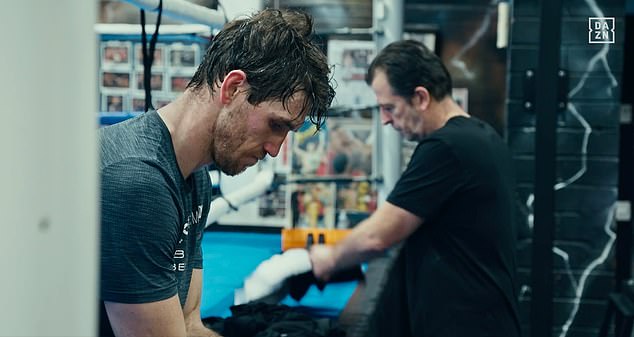 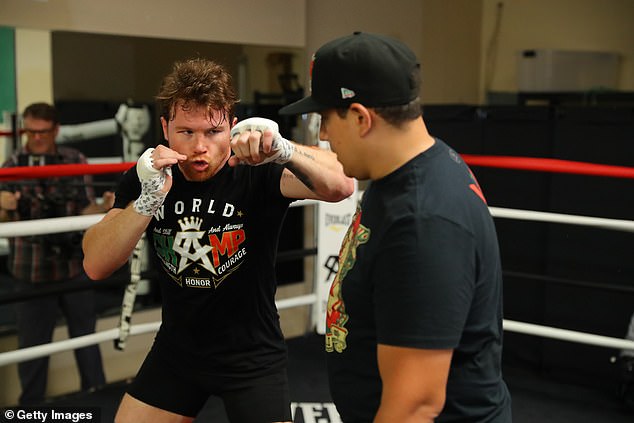 ‘It’s been different,’ he said, speaking on DAZN’s documentary 40 Days, which gives a behind the scenes look at preparations for the fight.

‘Obviously a lot of the gyms are shut so there was no training at the start. I was one of the lucky ones who has been able to train over the past two months.

‘As long as you can get into the boxing gym or get outdoors, there’s plenty of ways to get in shape. Obviously it hasn’t been ideal but you make do with what you’ve got. It’s been challenge but we’ve got round it and I’m in very good shape.’ 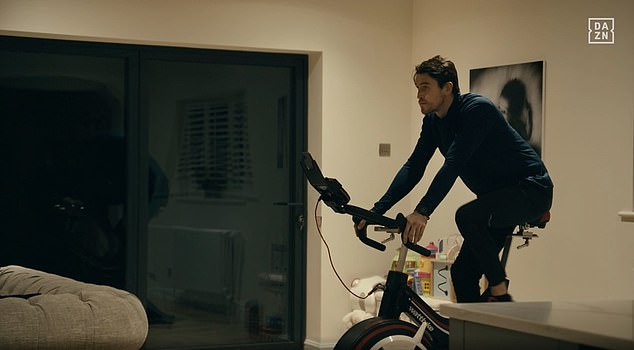 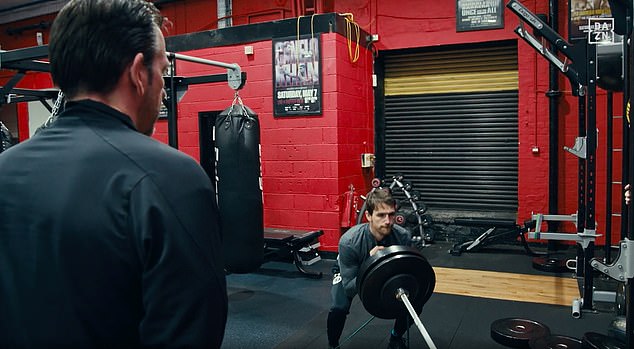 At certain points this year Smith’s gym was forced to lock down as the virus swept its way around the country, meaning that some sessions were conducted with only he and trainer Joe Gallagher.

He has attempted to keep his fitness regime going at home, including using his exercise bike, and admitted being away from the hustle and bustle of gym life can be tough to get to grips with.

‘Sometimes I like going to the gym, but with the Covid situation, anything I can do at home is best,’ he added. ‘It can become a bit mentally exhausting, but the less people im around the better.’ 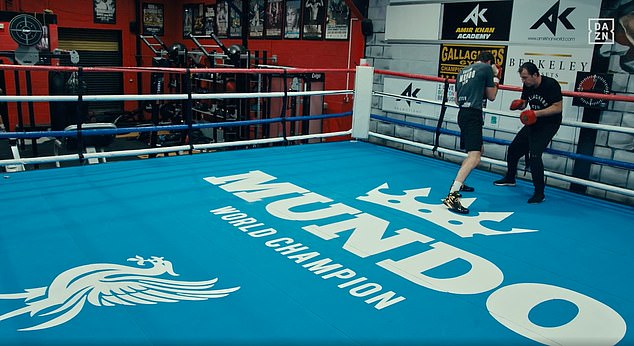 Gallagher also gave an insight to what training had been like, saying Smith had been forced to press on without many of the facilities he has been accustomed to using throughout his career.

‘Swimming pools, running tracks, all locked down. Not getting to use equipment we would usually use. The choice of sparring partners that we would usually have. As we get closer to fight time, locking down the gymnaisum – other fighters stay away now.

‘From a gym that was always busy and a good vibe, that’s gone now and it’s just me and Callum Smith in the gym.’

Callum Smith vs Canelo Alvarez will be shown live on DAZN on Sunday with coverage from 01:00 GMT. The main event is set to start at 03:00 GMT.

Ivanka: We got the Covid 19 vaccine thanks to US President Trump