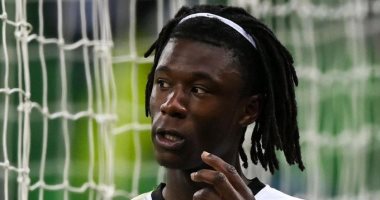 Young Frenchman Eduardo Camavinga showed his happiness after completing his move from Stade Rennes to Real Madrid, and wrote on social media, alongside a picture of the Madrid shirt, “Dreams come true.”

The new Real Madrid midfielder said goodbye to Rennes and its fans on social media with a video reviewing his career.

He wrote: “Thank you all, my heart is full of passion and my head is full of beautiful memories, I officially announce my departure from Rennes, after eight wonderful years, it’s time to say goodbye.”

Camavinga said he was grateful to the French club for what he had learned from him both professionally and personally, and stressed that he would always be “a member of the family”.

He commented: “The club has known me since I was eleven, they watched me grow, they helped me develop in the world of football, and thanks to them I became the man I am today. Thank you so much for giving me the opportunity to show you what I was capable of. All the moments with you will be Don’t forget it will be remembered.”

In his farewell to coaches, club staff and fans, he said: “To everyone who works every day for the good of the club, I thank you for everything from the bottom of my heart.”