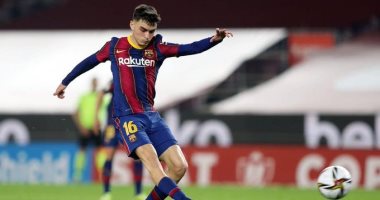 The Italian newspaper, Tuttosport, which has been awarding the Golden Boy award since 2003, has reduced the list of young talents nominated to succeed Norwegian Erling Haaland, the Borussia Dortmund striker who won this award in 2020, from sixty to forty players.

The Italian newspaper excluded the Real Madrid duo, Brazilian Rodrigo Goes and Spaniard Miguel Gutierrez, to be the only Real Madrid player in this final list.

The list witnessed the presence of Spaniard Ander Barencia, player of Real Sociedad, and Yeremi Pino, player of Villarreal.

Pedri, the 18-year-old Barcelona midfielder, tops the list of candidates to win the award after the wonderful season he performed with the Blaugrana last season and the Spain national team, with whom he reached the semi-finals of Euro 2020, in addition to winning the Tokyo Olympics silver with the Olympic team.

Dutchman Van der Vaart was the first winner of the Golden Boy award, which was won by other stars, including Rooney, Messi and Mbappe.

Fans can also vote on the website of the Italian newspaper, which reduced the number of candidates on Thursday from sixty to forty, and will continue to shrink until it reaches twenty candidates in October.

Among others, 40 journalists from the most prominent sports media will participate in the voting.