Can a hi-tech gym kit really boost a workout and prevent injury?


Sweat-wicking, fast-drying, energy-boosting — these are just some of the claims made for the ever-growing range of ‘wellness wear’, or sportswear with added benefits.

Some brands say their products improve performance or comfort, while others prevent injury, last longer or are eco-friendly. But does the new kit live up to the hype?

It can be difficult to know, as companies guard their blueprints jealously, says George Havenith, a professor of environmental physiology and ergonomics at Loughborough University, who is an expert in how clothing affects the wearer.

We asked a panel of experts to unpick the available evidence and review a selection of items, and we then rated them… 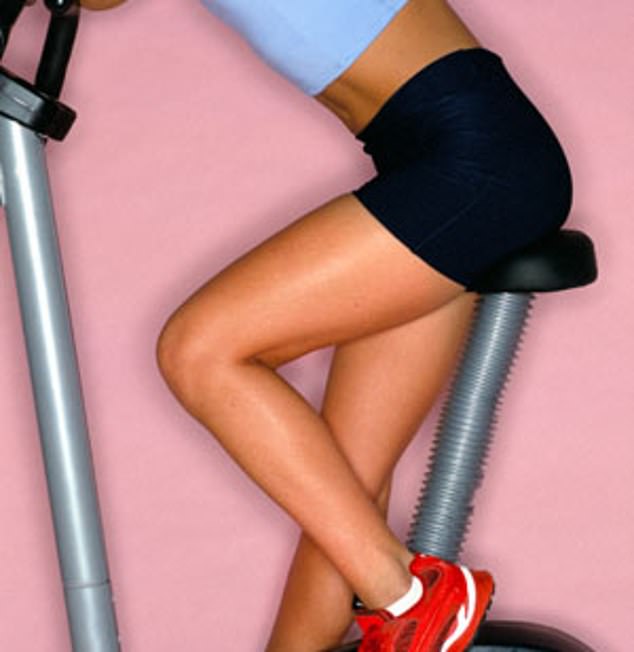 A panel of experts have unpicked the available evidence and reviewed a selection of items. (Stock image) 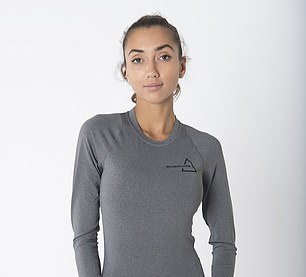 CLAIM: This top is engineered to ‘reduce your risk of injury’ as well as fatigue, strain and soreness. It also promises to improve performance with its compression panels.

‘But for use during sports, there are mixed reports,’ he says. ‘Several meta-analyses — research that uses a large number of studies — concluded that there is some evidence for reducing muscle soreness, but nothing entirely conclusive on compression wear aiding performance or reducing injury.

‘In addition, the sizing is an issue — with off-the-shelf garments like this it’s going to be very tricky to judge whether you have the right amount of compression to get the desired effect on your body.’ 4/10 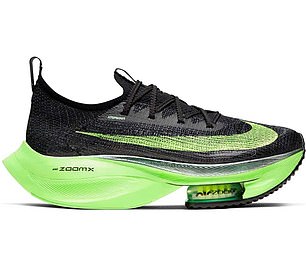 CLAIM: When, in 2019, Eliud Kipchoge became the first person to run a marathon in less than two hours, he wore a prototype of these trainers. Nike says this version is ‘the fastest racing shoe’ it has ever made.

EXPERT VERDICT: Dr Sam Allen, a senior lecturer in biomechanics at Loughborough University, says: ‘The two fundamental differences between these shoes and other trainers are the carbon-fibre plate, which runs the length of the shoe and acts as a spring, and a very compliant and resilient sole.

‘This means that it compresses a lot and then returns twice as much energy compared to previous running shoes.

‘Without doubt, they’re going to make you run faster. While they’re expensive for a recreational runner, theoretically they should shave more time off for a slower runner than for a faster runner.’ 9/10 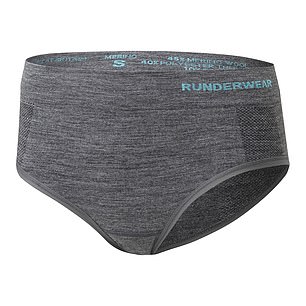 CLAIM: ‘Merino wool absorbs up to three times its own weight in moisture, resulting in less sweat on your body,’ says the maker.

These ‘360-degree’ seamless knickers come with a guarantee against chafing (which can cause discomfort, broken skin and pain) and have antibacterial properties.

EXPERT VERDICT: ‘Merino wool is a natural fibre some people swear by,’ says Professor Havenith. ‘It will absorb moisture and insulate well, and if you make it very thin it can allow heat to escape, so you don’t get too hot during exercise.

‘But the real advantage here appears to be the softness and lack of seams — there is nothing to rub against the skin.’

Professor Tim Claypole, chair of engineering at Swansea University, adds: ‘As I understand it, there is oil in merino wool that has an antibacterial effect — but whether that’s still there after it’s been manufactured into a garment is unclear.’ 6/10 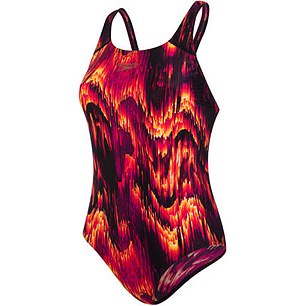 CLAIM: ‘Chlorine-resistant and made from recycled yarn, our PowerFlex Eco fabric holds its shape for longer,’ says Speedo.

The material is a nylon created with manufacturing by-products and discarded fishing nets that is then knitted together with Lycra.

EXPERT VERDICT: ‘I am quite familiar with this recycled material and it’s legitimate to claim it is better for the environment, as rather than using more chemicals to make the fabric it is using what’s already around,’ says Professor Claypole.

‘Chlorine can leach colour out of fabric, so being resistant to it makes it last longer. That said, I’d have thought nylon would be chlorine-resistant anyway.’ 8/10 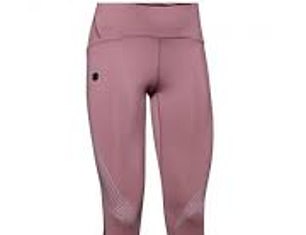 CLAIM: Under Armour says these are ‘powered by Celliant — a mineral-infused fabric that takes the energy you give off when you work out and reflects it back into your muscles. This increases the blood flow and helps them work harder, thus improving endurance’.

EXPERT VERDICT: ‘The idea is that the minerals in this polyester and elastane textile absorb body heat released during exercise and return it to the body as infrared radiation,’ says Professor Havenith.

The brand suggests this warms the tissue, increasing the flow of blood and oxygen to it, which could mean improved muscle endurance.

‘Can it do this? Possibly, but is the effect large enough to be useful? In any case, a thicker garment will do the same, whatever it is made of, simply by making you warmer. In most exercise, though, we need to lose as much heat as we can, as we don’t want to overheat, so fabrics that cool you down are better.’ 3/10 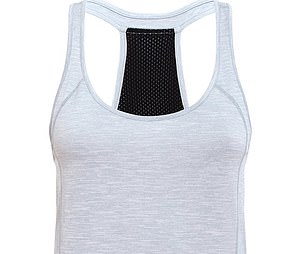 CLAIM: The fabric in this vest is made from recycled coffee grounds treated with boiling hydrochloric acid to give them ‘antioxidant properties’. Once made into yarn, the coffee grounds release plant chemicals said to make the textile withstand damaging energy better than traditional fabrics.

This apparently means that when it is subjected to sweat, heat (during washing) and UV rays, it is much more durable than cotton. It also dries up to 200 per cent faster, the maker says.

EXPERT VERDICT: ‘An antioxidant material reacts with oxygen in a way that means the dyes may last longer — when you see ink fade, that is because it has oxidised,’ says Professor Claypole.

‘Despite the use of boiling acid, this fabric is fairly eco-friendly. After all, the firm is using a waste product to make it rather than the petrochemicals that are found in most sportswear.’

However, ‘it’s a little unfair to compare its drying capabilities to cotton, which is notorious for absorbing water, rather than to other high-tech sport fabrics,’ says Professor Havenith. 7/10 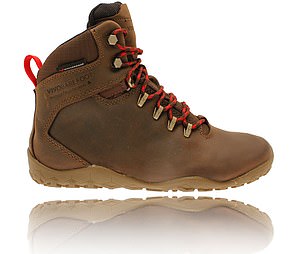 CLAIM: These hiking boots have thin soles and a wide fit. The makers say this minimalist footwear will engage the brain, improve balance and strengthen the feet.

This is because there is less between you and the earth, so your body can better respond to the environment underfoot.

EXPERT VERDICT: ‘When you’re running or walking in ‘barefoot’ shoes, you don’t have cushioned soles to absorb the impact and so have to use your muscles instead,’ says Dr Allen.

‘Regularly stressing your muscles in this way will inevitably make them stronger.

‘The thin sole also means your ankle is closer to the ground, which may mean you are less likely to twist it. If you do turn it, however, you haven’t got the support found in traditional boots.

‘If you want to start wearing minimalist shoes, do it gradually, starting by walking or running on a soft surface such as grass. Otherwise, the drastic change in gait could lead to injury.’ 8/10 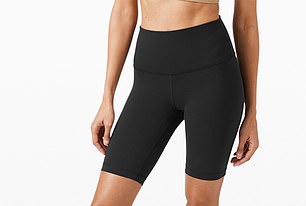 CLAIM: The breathable Everlux fabric used in these shorts makes it easier for you to exercise by ‘managing sweat and heat in hot and humid studios’.

The maker also claims the material is ultra-fast-drying, but the results of in-house studies haven’t been released.

EXPERT VERDICT: ‘It’s not clear what the firm has tested it against when saying it is its fastest drying fabric,’ says Professor Claypole.

‘However, what I can say is that nylon — which is the basis of the Everlux material — is renowned for drying quickly since it doesn’t absorb much moisture, so because it’s 77 per cent nylon, it would be fast-drying.’ 6/10

Leggings to keep you looking young 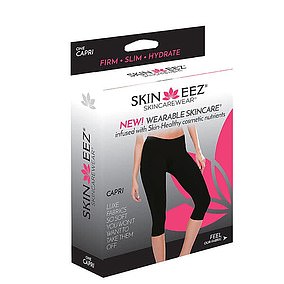 After ten washes you need to re-infuse them with Skineez Garment Spray, a moisturising formula containing shea butter, retinol, apricot kernel oil, vitamins A and E and rosehip oil. When bought separately, this costs £15.55 per bottle.

EXPERT VERDICT: Dr Rita Rakus, a cosmetic doctor based in London, says the hydrating and anti-ageing ingredients listed ‘do have some excellent properties’, and adds: ‘Vitamin E, for instance, is a key antioxidant used in skincare.

Dr Andrew Birnie, a consultant dermatologist at East Kent Hospitals, says: ‘The ingredients are good — however, my concern is whether enough of them would actually get into the skin to have any true benefit. You would feel very wet and greasy if that were the case!’ 5/10

Opinion: Chicago Bears QB Mitchell Trubisky shouldn't be the only one losing his job

Opinion: Chicago Bears QB Mitchell Trubisky shouldn't be the only one losing his job