Can ‘Baby Botox’ in your 20s mean you never get wrinkles?


Since Botox first appeared on the market 30 years ago, the treatment has been aimed at women over 50. They, after all, have the wrinkles that botulinum toxin injections temporarily smooth by ‘freezing’ the face.

But a new trend for ‘Baby Botox’ promises something very different: a face that never gets wrinkles at all. The catch is, you have to start injections in your 20s.

‘People think they don’t need Botox until they’re 50,’ says Ana Sakinyte, an aesthetics practitioner who calls herself the Queen of Youth. ‘But by then it’s often too late to get the results they want.

‘Botox is injected into the superficial layer of the muscle and relaxes it. That stops the muscle contracting, so it doesn’t create a line — but it doesn’t do anything to erase deep wrinkles [that you already have]. That’s why it’s so good to start early.’ 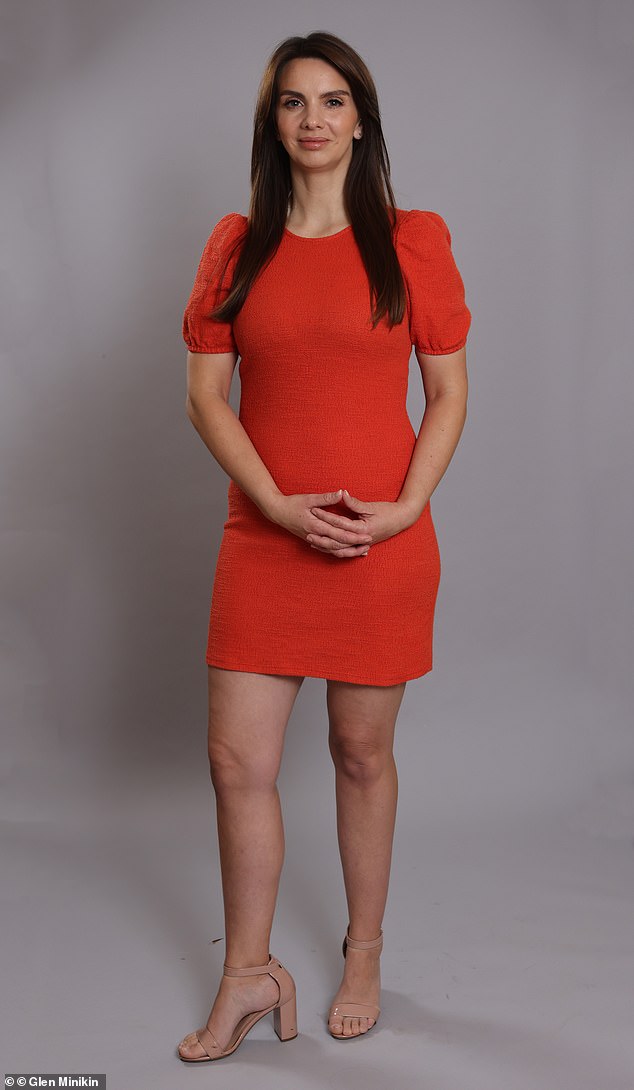 Radhika Sanghani investigated the risks associated with starting Botox in your twenties. Pictured: Kate Thompson, who has been having Botox since age 25

In other words, although Botox can smooth small existing wrinkles, especially the kind caused by muscle movement when you smile or squint, it can’t fill out or smooth away deeper lines.

Ms Sakinyte recommends that people start at the age of 25, when what you’re freezing is already smooth.

‘I know society thinks “my gosh, they’re too young”, but I advise starting with smaller doses to stop the wrinkles ever appearing. I’m 37 and have been having Botox for a decade every four to five months, and I haven’t got lines. What you’re doing is freezing time.’

In the past year, the Botox industry has been booming — the British Association of Aesthetic Plastic Surgeons (BAAPS) says there has been a 70 per cent increase in requests for consultations, with Botox accounting for half of all procedures — and the market is getting younger.

Ms Sakinyte says she sees increasing numbers of women in their 20s and 30s, while existing patients in their 50s and 60s have started bringing in their daughters.

But does it work? Is it safe? And who are the women paying thousands of pounds to have back-to-back injections from their mid-20s onwards?

Kate Thompson, now 38, was 25 when she started Botox treatments. A married mother of two from Leeds, she had noticed a few lines at the corners of her eyes. She wanted to prevent them getting worse and stop any others forming.

So despite the protestations of her parents and her husband Edward, Kate, founder of The Kindr Company, began having treatments at a cost of £150 per eye. Thirteen years on, she estimates she has spent £5,000 on Botox. 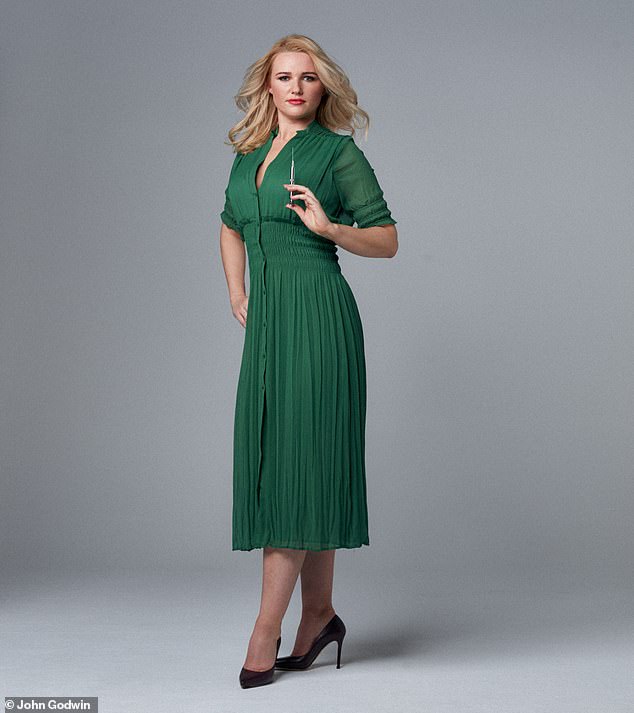 Karolina Kotlowska, 28, (pictured) who lives in Northampton, had been spending £100 a month on creams to prevent wrinkles before starting her Botox treatment four months ago

‘You can’t put a price on how you feel,’ she says. ‘I think the fact I’ve had it regularly for all these years means the lines haven’t become as deep as they would have done.

‘In the past two years, I’ve been having it on my forehead as well as around my eyes and I can still move my face fully.

‘I think I probably look my age now, rather than tired or older than I should. I’m so glad I started early.’

Indeed, Kate is so pleased with her ‘preventative Botox’, she thinks she should have started injections at the very start of her 20s.

‘Initially, I wasn’t a fan of Botox,’ she says. ‘I thought it was for people who already have a lot of wrinkles. But when my friend told me she’d been getting it since she was 27, I decided to have a consultation because I wanted to look good for my best friend’s wedding in Portugal, where I’d be maid of honour.’

Until then Karolina, a financial services investigator living in Northampton, had been trying to prevent her wrinkles with creams, which cost her £100 a month, and fortnightly anti-ageing facials at £60 each. Her Botox costs £250 for three areas, and she has it two to three times a year. 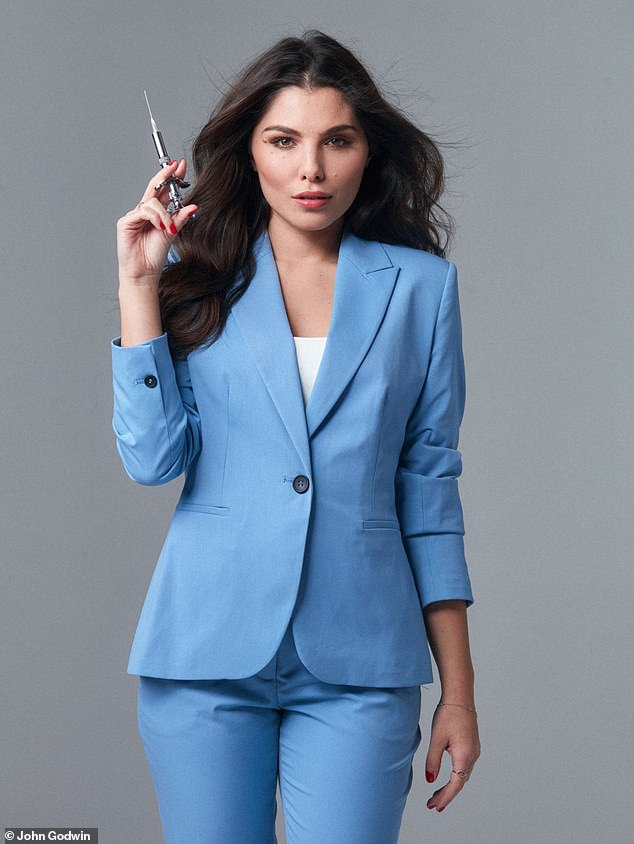 Stina Sanders, 30, (pictured), who started Botox four months ago, said everyone told her she didn’t need it including the doctor but she could see tiny lines appearing on her forehead

‘I don’t mind the cost because it actually works — and it’s just like going to the hairdresser once every couple of months,’ she says. ‘It’s a great way of delaying the ageing process.’

The subtle results weren’t noticeable to her friends and family but for Karolina, they were a big confidence boost. She acknowledges the role played by social media in her decision — indeed, it seems likely the desire to project a ‘perfect’ self-image on platforms such as Instagram and Facebook is a big driver of the twentysomething Botox trend.

‘Before, I was putting on lots of make-up and using filters on social media to look good,’ says Karolina. ‘Now I’ve had the Botox, I’m happy posting natural photos, even without make-up.’

Yet practitioners are divided on the wisdom of Botox at such an early age.

The Thérapie Clinic, which has practices throughout the UK, advises people at the end of their 20s to try it. ‘If Botox is injected during the initial stages of fine lines, it will help to stop them in their tracks,’ the clinic’s website states.

But other doctors say it could be harmful, changing the shape of the face over time and even thinning the skin.

Dr Jonquille Chantrey, a surgeon and lecturer in aesthetics, acknowledges that Botox can reduce the appearance of ageing but stresses there can be risks and side-effects, particularly on the forehead.

‘A very light dosing can gently soften some existing lines,’ she says. ‘However, if the same doses are given routinely in the main areas without really looking at the face as a whole, it can create a heaviness of the eyebrow if you use your face muscles a lot. 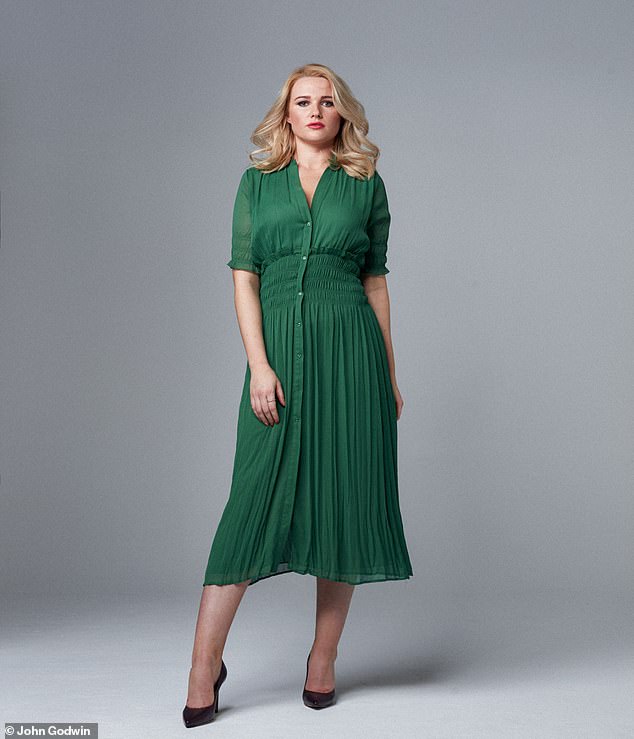 Karolina (pictured) said she was putting on lots of make-up and using filters on social media to look good, before starting her Botox treatment

‘It may not happen in the first few years but, down the line, it can lead to people looking heavy or pinched, and create an earlier frown descent.’

She advises people in their 20s to try other forms of anti-ageing first, such as using vitamin C and retinol products. ‘Many injectors might say everyone should do it, but are they thinking about the best interest of the patient in the mid- to long-term or are their motives financial?’ she asks.

‘There could be financial, mental and physical side-effects, such as making people more self-conscious about other features. And physically, it could create a mid-term effect where you might need to have other treatments.’

For example, if people get used to their forehead and eyes looking young, they may then want other treatments to make sure other parts of the face or neck look just as young.

Stina Sanders started Botox four months ago, at the age of 30. ‘Everyone said I didn’t need it, even the doctor,’ she says. ‘But I could see really tiny horizontal lines starting to appear on my forehead. You have a choice to either embrace ageing or not — and I decided I didn’t want to.’

Stina, a psychotherapist and author, visited oculoplastic surgeon Dr Maryam Zamani in Chelsea, West London, to have her first round of Botox injections.

‘She felt I could still wait a few years, but I wanted to stop more lines forming on my forehead. So she put some Botox in and now those lines have completely gone and won’t increase.

‘I’m so glad I’ve started at 30, rather than waiting. Now I know this is an option, I can do something about it if I notice other wrinkles starting to form elsewhere on my face. 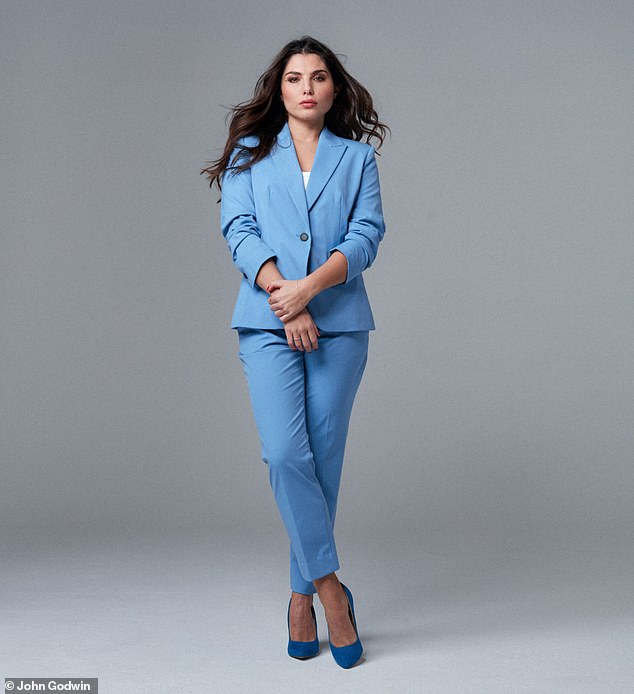 ‘Botox used to be so medical and taboo but now it just feels like getting your hair dyed or going to the dentist.’

Like Karolina, Stina is aware that the pressures of social media influenced her decision to turn to Botox.

‘It’s the selfie culture,’ she says. ‘I’m so used to looking at myself up close, I didn’t like it when I’d catch myself in the mirror and I looked dehydrated. Now when I look in the mirror, I look a lot shinier. I look glowy, like I’ve had a face mask.’

Dr Zamani herself points out that there can be a risk of skin thinning if Botox is overused.

‘My ethos is “less is more” and that it is best to wait until you have faint lines or wrinkles caused by dynamic movement to treat with neuromodulators [wrinkle-relaxing injections such as Botox],’ she says.

‘The reason for this is that constant suppression of movement may cause atrophy of the muscles injected. For instance, contact treatment on the forehead can atrophy the frontalis muscle over time and make the skin look thinner, so it’s best to wait until you have a faint line or wrinkle to treat.’

Yet many of the young women doing it now have no intention of stopping.

Kate Thompson has even inspired her friends to start having Botox. ‘It feels so normal now,’ she says. ‘We all talk about it the same way we talk about getting our nails done. The thought of getting it done for ever doesn’t bother me.’

Stina still hopes she doesn’t become addicted to Botox treatments. ‘I don’t want the overdone look,’ she says. ‘As much as it has become normalised, we need to be careful and aware of the dangers.

‘I think I’ll do it long-term but I don’t want to become a pin-cushion. Making lighter tweaks now prevents you looking overdone at 50 or 60. Maybe I’ll stop and go natural then — or maybe I won’t.’

The first Latina to run the Harvard newspaper | Culture