Can dementia or Alzheimer’s be diagnosed years before it occurs?

Dementia is a group of symptoms that can range from memory loss to impaired thinking and problem-solving abilities that typically affect people in old age. Dementia is not a specific disease but rather consists of many other medical conditions. Alzheimer’s disease is the most common cause of progressive dementia. The series “Reassure yourself” to learn about whether dementia can be diagnosed early through the signs that may appear on the sufferer? According to the “Times of India” website.

According to experts, there is no real cure for dementia yet, however, scientific results indicate that it can be detected early, and this not only helps us to realize the potential condition, but also prompts us to strengthen our brain health and defenses. 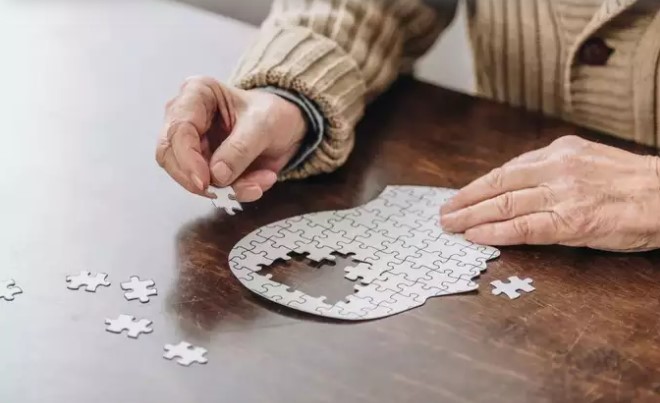 When it comes to dementia, it’s impossible to know who’s most likely to develop the disease, however, a study of more than 2,000 people showed that tests of memory and thinking can reveal differences between people who develop Alzheimer’s up to 18 years before diagnosis.

According to a test completed 13 to 18 years before the end of the study, scientists found that a lower score on cognitive tests was associated with an 85% higher risk of dementia. This also suggests that the development of Alzheimer’s disease may begin many years before the diagnosis.

According to Dr Doug Brown, former director of research and development at the Alzheimer’s Society of Britain, “Dementia often causes changes in the brain years before symptoms appear and this study shows that there may be hidden signs of Alzheimer’s disease in thinking and memory for up to 18 years before it is developed.” The official diagnosis.

While the doctor explains that these tests may not accurately predict who will develop dementia, they can be used to detect people at high risk of developing the disease.

Symptoms associated with cognitive changes are:

Symptoms associated with psychological changes are:

How to reduce the risk of dementia

While getting older makes you more likely to develop Alzheimer’s disease, experts say the risk can be reduced by getting regular exercise, eating healthy and staying happy.

Exercising regularly and staying fit makes you less likely to develop dementia, and it also protects you from stress and anxiety, which in turn reduces your risk of heart disease and other chronic diseases.

According to the British Alzheimer’s Association, “Up to 10 minutes of exercise at a time is good for you and try to avoid sitting for too long.”