When is a crab not a crab? Why, when it’s instead krab, crabstick, “crab,” processed crab, crab-fish protein, Japanese crab, French crab or any of the other multitude of names that imitation crab is marketed and sold by throughout the world. But what exactly is imitation crab, and why is it so intent on masquerading as one the sea’s most delicious, clawed crustaceans?

To understand the prevalence of imitation crab across the global culinary scene today, we first need to travel back in time nearly 1,000 years to Japan’s late Heian period. During a time of cultural elegance, wealth and luxury, Japanese chefs invented a new culinary delicacy called surimi. 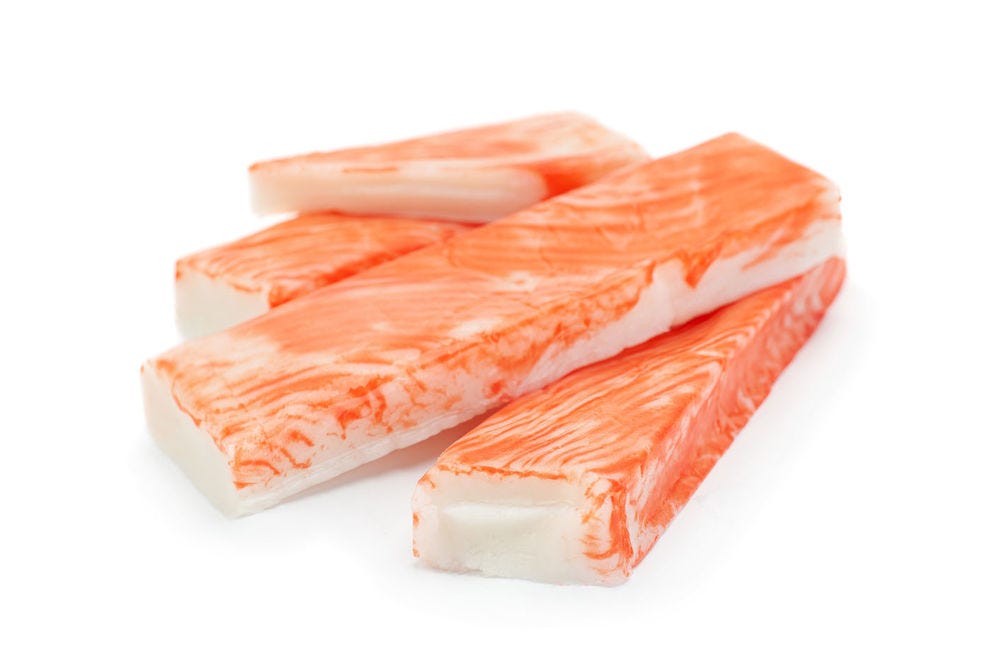 In its original incarnation, surimi was a paste made from minced white fish mixed with primitive preservatives like salt. This would draw out the shelf life of seafood for noble families who lived inland and lacked access to the daily catches of coastal fishermen.

Surimi was a surprisingly versatile and playful new food, an entire new category unto itself. Japan’s culinary masters worked the new product into all manner of dishes, and eventually transformed it into a more solid form by way of the fish cake. Over the course of more than 900 years, surimi recipes were tweaked and modified by each subsequent generation, to eventually include everything from MSG to egg whites.

In the 1970s, U.S. food manufacturers discovered surimi, and began working to bring the product to American consumers. Sugar, salt, fish oil and corn starch were added to further solidify the paste and enhance the flavor. And thanks to the seafood assembly line technology that had introduced products like frozen fish sticks and crab cakes, the American take of surimi was cut into strips and chunks that mimicked the size and texture of crab meat. A sensation was born. 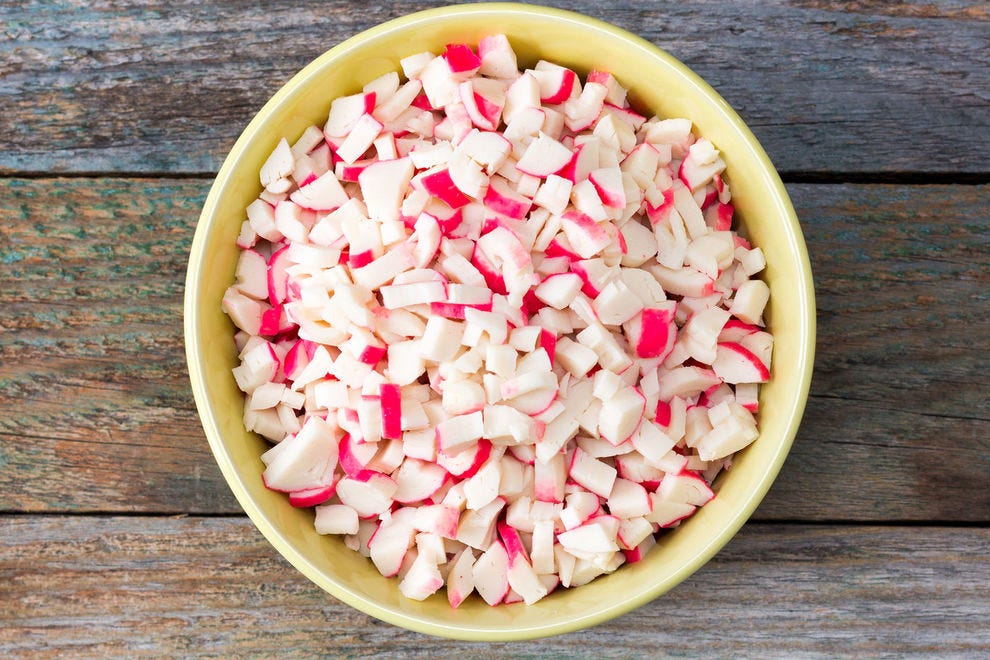 In the same way that surimi had allowed inland Japanese towns to enjoy seafood without fear of getting sick, imitation crab was a hit among interior U.S. middle class households, owing to both its preservative-induced extended shelf life and its modest price point.

Imitation crab costs roughly a third of the price of the real thing. But U.S. consumers weren’t the only ones who couldn’t get enough of this new culinary delight. To this day, imitation crab meat is a staple of Spanish and French restaurants and fish markets, despite each country’s reputation for having cultivated the most sophisticated cuisines in the world.

Small amounts of denser sea proteins like oysters, scallops, salmon, actual crabmeat and even lobster are frequently mixed into imitation recipes to better mimic the texture and taste of the real deal. Even though imitation crab can contain as little as 2% of the real thing, that’s more than enough to send a diner with shellfish allergies into anaphylactic shock.

It’s the tightrope balancing act between mock and legitimate that makes imitation crab one of the more dangerous processed foods on restaurant menus today. For instance, an overwhelming majority of California rolls, the top-selling item in U.S. sushi restaurants, are made with imitation crab meat. 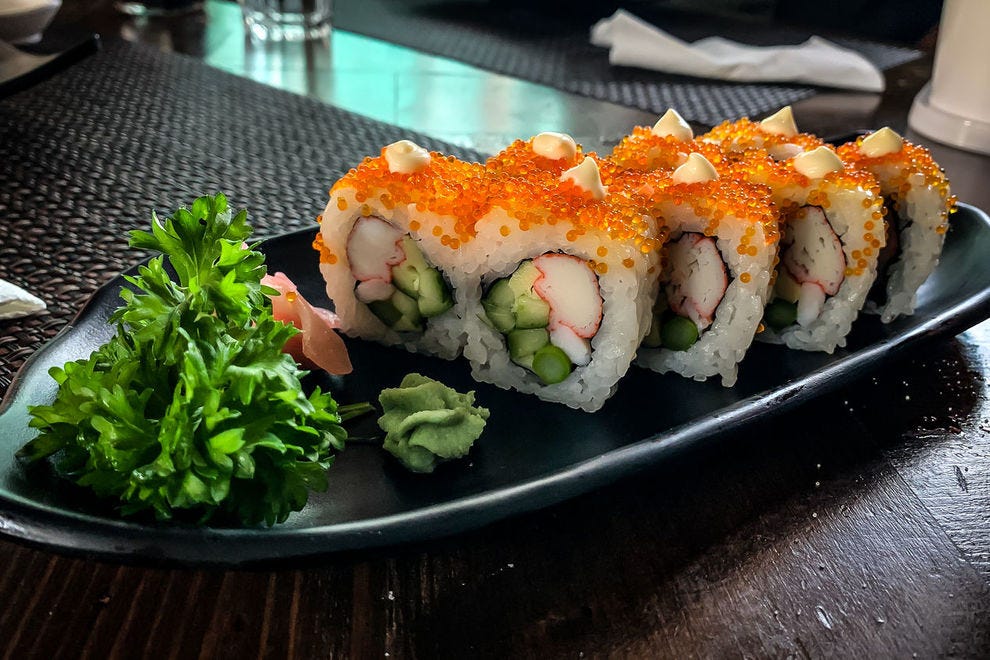 Earnest servers may happily impart this information to diners, not understanding themselves that the imitation crab – whether pre-processed or a house recipe – may actually contain real shellfish.

The same goes for crab sticks, crab cakes, and even fish cakes, all of which often include generous amounts of imitation crab. Worse news still, many states allow grocers and food manufacturers to simply label foods “imitation crab” without offering contextual ingredient warnings.

So shellfish allergy sufferers take heed, it’s best to play it safe and avoid the imitation along with the real thing. If you’re not forming the sushi roll or crab cake patty with your own two hands, you really have no idea what could be in there.

So you watched 'Mulan?' Here are 10 movies that make me proud of my East Asian heritage