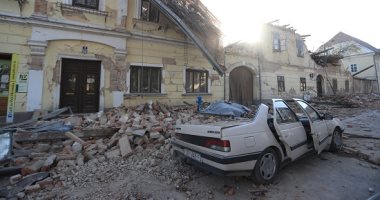 Canadian Foreign Minister Francois Philippe Champaign has announced funding to support emergency response and relief efforts in Croatia, following the recent devastating earthquake of magnitude 6.4, and the Government of Canada is contributing half a million Canadian dollars to the Canadian Red Cross to support the Croatian Red Cross response and assist those affected by the earthquake. By distributing basic commodities such as food and water to those affected, according to a statement issued by the Canadian Foreign Ministry, as well as cooperating to assess the situation and ensure a coordinated response.


“We are deeply saddened by the loss of life and the terrible devastation caused by the powerful earthquake. Canada extends its sincere condolences to the people of Croatia and stands ready to support them during this difficult time,” the Canadian foreign minister said in a statement.

Man charged after one kilo of cocaine with a street value of $450,000 is found in a caravan park