The Welsh rugby team and their leaders have offered a nation precious few crumbs of comfort of late amidst the turmoil inflicted by the Covid pandemic.

Seven defeats from nine Tests so far this year, a slide down to ninth in the world rankings, and few signs of positive change have made the year a galling experience for all with Welsh hearts.

None perhaps beats more passionately than Alun Wyn Jones‘, who can admit ahead of the final Test of the year – against Italy in Llanelli – he frets about the team like any fan. 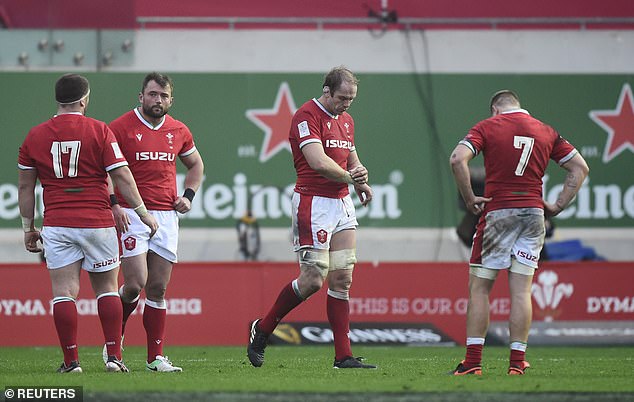 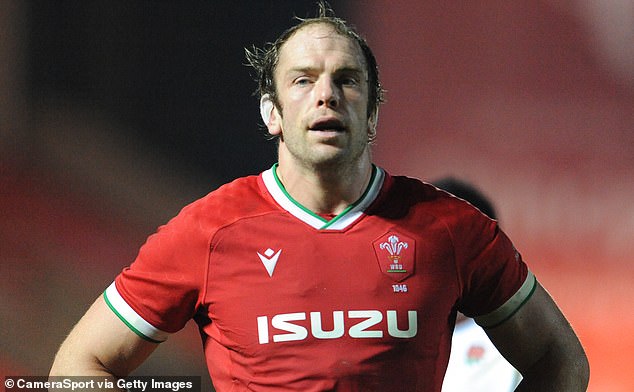 The legendary 35-year-old lock does not often open up in public, but with the weirdest year of his long career drawing to a close he was ready to discuss it.

So when the muck is accelerating towards the nearest fan, what is Jones like?

‘I think my wife would probably give you the best answer, but her language is a bit choice at times!’ he joked of partner Dr Anwen.

‘The kids are a good tonic. I didn’t have those in my younger days – they help you forget pretty quickly.

‘On a professional level, being in camp the management and coaches won’t let you deviate from task. That helps. 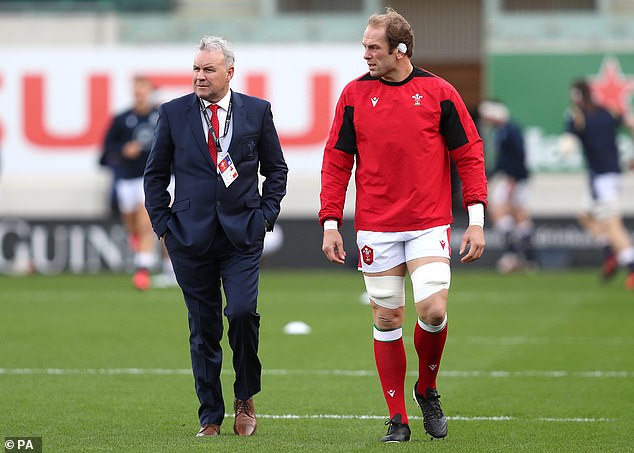 ‘Ultimately the people around me, going back to my core values and skills is what gets me through. It’s work ethic.

‘I have had the fortune and misfortune of being in similar positions before and you do come out of it. If my performances aren’t up to scratch, they’ll be as scrutinised as anybody else’s. I take a bit of comfort from that, really.’

Now in year 14 of his Test career and the most-capped rugby player, Jones has learned how to handle the pressure of being leader.

‘In my younger days I would probably try and deal with all situations in a similar way,’ he added.

‘But having been involved for a while now, I realise certain people need a poke and others need an arm around them. There is time for a rocket but time for a level head as well.

‘You can be very reactive in times like these, which can be dangerous. I don’t see leadership as a chore. It’s that supporting role, that professional role. If I can do that for others then I feel I’m doing my job.

‘It’s a privilege to have that sort of influence rather than a responsibility.’ 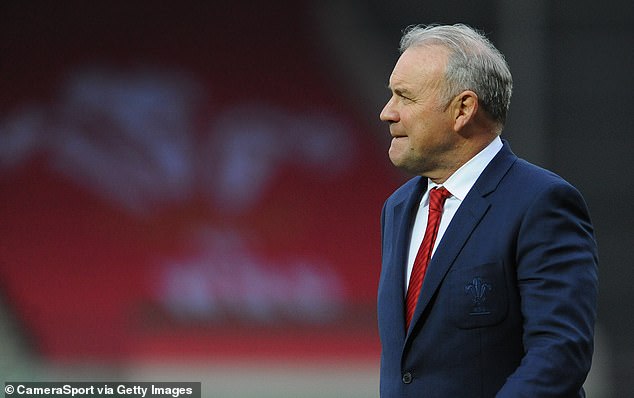 When it comes to under pressure coach Wayne Pivac, you sense the boss has Jones’ respect for sticking to his development plan.

‘You have to give credit to Wayne,’ said Jones. ‘He could have gone safe, but has stuck to his mantra and has done what he said he’d do at the outset of this campaign and given opportunities.

‘Having someone at the head of the ship, who’s continuing with a theme and backing what they say, I’m comfortable to follow suit and support that.’

Jones knows Wales need to click in the Six Nations. He will return for that – his 15th edition – and is heartened many other senior men will too.

‘There is still a layer of player who will be chomping at the bit through the Christmas derbies to get back into the squad for the Six Nations,’ he added.

‘I feel physically in a good place, probably better than I have been for a while.’

Wales will likely win the fifth-sixth Autumn Nations Cup playoff against Italy today to draw a line under their annus horribilis.

But come 2021 Pivac and Jones know only real progression will satisfy their subjects.

Price: (as of - Details) Superior Compression Performance,Save Up to 80% More SpaceWhen spring ends...